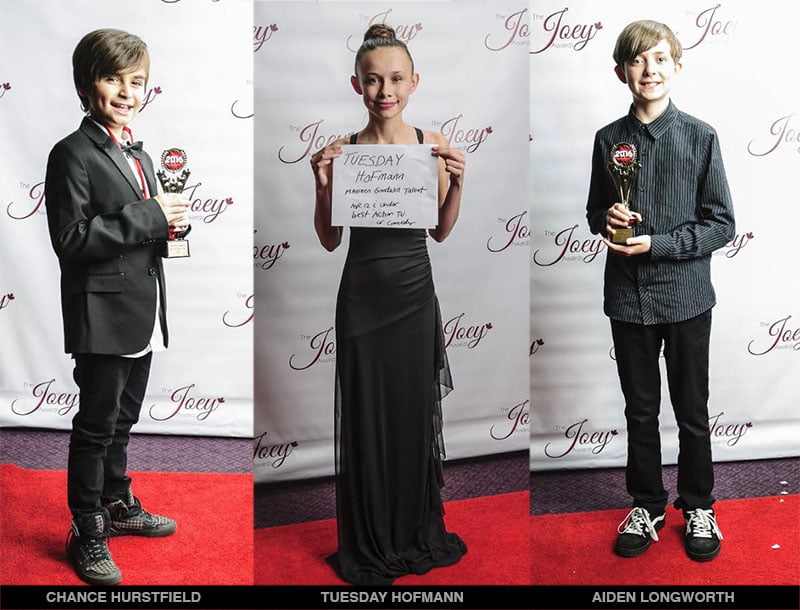 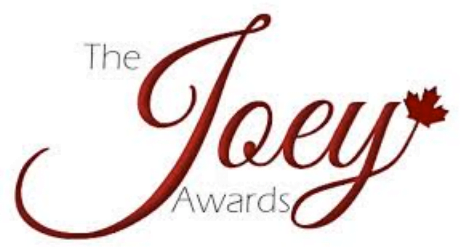 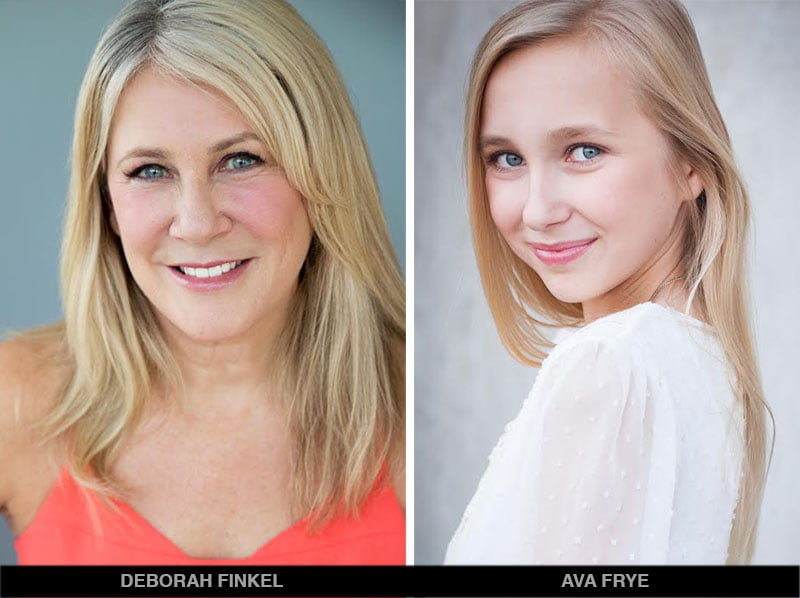 iZombie is the zombie-themed police procedural show you need to be watching.
The CW’s genre-hopping show from the creator of Veronica Mars is a lot of fun!!!

The CW has given iZombie, season 3, an official premiere date. The zom-com will be premiering on Tuesday the 4th of April 2017 at 8pm. It will be a two-hour season premiere, with the second episode of the season airing directly after the season debut

At the end of the iZombie’s excellent second season, Liv (Rose McIver) discovers the size of Seattle’s zombie population is actually much larger than she and Ravi (Rahul Kohli) had initially realized. According to co-creator Rob Thomas, a great deal of Season 3 (Tuesday, April 4 at 8/7c on The CW) will be focused on the private military contractors Fillmore Graves Enterprises and the role zombies play within the rest of the world. “There’s not just the 30 zombies in town that you know of. There’s an entire zombie military outfit bent on making the world safe for zombies if the day comes when they’re found out,” Thomas said during the show’s panel at the Television Critics Association winter previews on Sunday. “So there are a lot more zombies walking around in the world, and the questions are… Is it better to be a zombie? And are you a higher functioning creature? 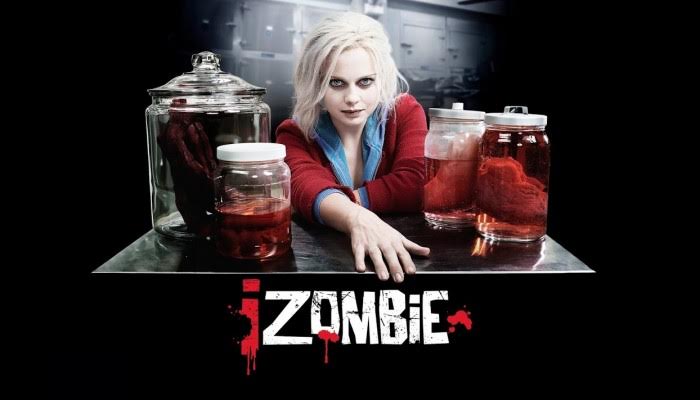 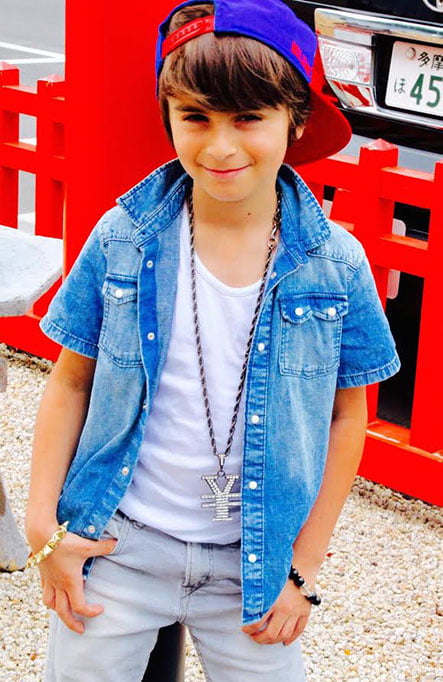 Nina’s World is an American animated children’s television series and prequel to the Sprout TV network block “The Good Night Show” which focuses on the childhood days of Nina, the Latin American host of the block.

The show was originally premiered on September 2015 on the Sprout network. On January 25, 2016, the show debuted as part of NBC Kids with new episodes, airing weekly.

There’s always a chance to experience new things when you’re a child, especially one with a vivid imagination. Such is the case with 6-year-old Nina and her best friend, Star. The pals have fun adventures around Nina’s vibrant, colorful neighborhood. Every day features a new excursion for the youngsters, usually celebrating family, community, diversity or wonder. The show features the voice talent of actress Rita Moreno, one of a small group of performers to have won an Emmy, a Grammy, an Oscar and a Tony. 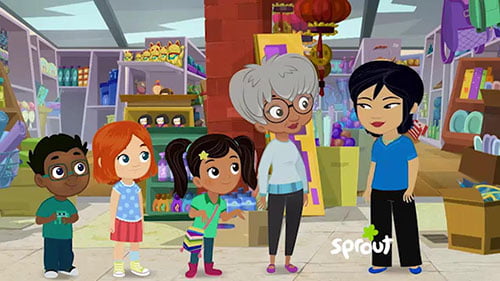 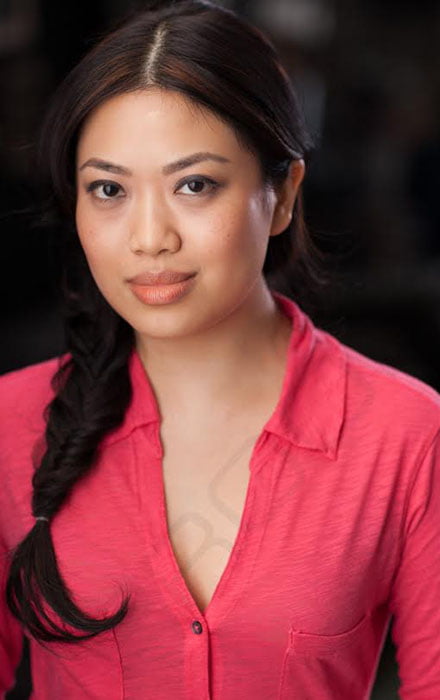 TBS has given a pilot order to Nightmare Time, a comedy horror anthology from Parks And Recreation alum Aubrey Plaza.

Every episode features two insane nightmares, inspired by the horrors of modern society and uses tropes and touchstones of the horror genre to guide audiences through its absurd universe. Thanks to advanced technology, we’re able to peer into their restless minds, and witness their nightmares in real time. But what is “real” anyway? Maybe it’s all just a nightmare in Aubrey’s mind. One endless nightmare that could eventually destroy her and the entire world.

Plaza, who is a series regular on FX’s X-Men-themed drama series Legion, will guest star in the pilot and executive produce. 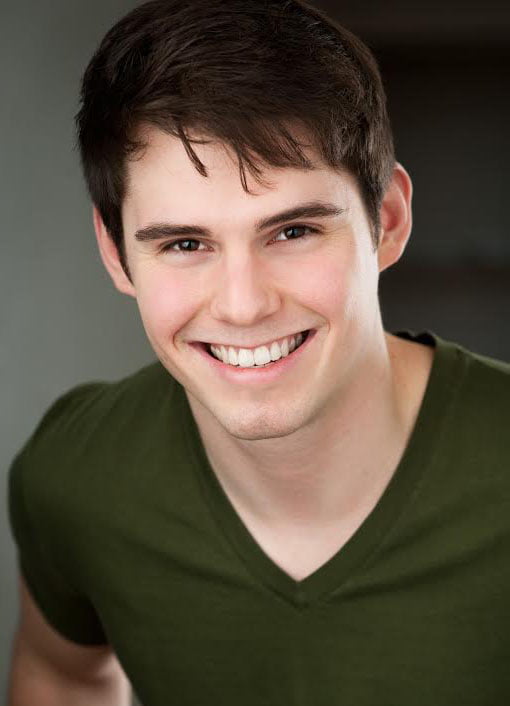 The 100 (pronounced The Hundred?) is an American post-apocalyptic science fiction drama television series that premiered on March 19, 2014, on The CW. The series, developed by Jason Rothenberg, is loosely based on a 2013 book of the same name, the first in a series by Kass Morgan.

When nuclear Armageddon destroys civilization on Earth, the only survivors are those on the 12 international space stations in orbit at the time. Three generations later, the 4,000 survivors living on a space ark of linked stations see their resources dwindle and face draconian measures established to ensure humanity’s future. Desperately looking for a solution, the ark’s leaders send 100 juvenile prisoners back to the planet to test its habitability. Having always lived in space, the exiles find the planet fascinating and terrifying, but with the fate of the human race in their hands, they must forge a path into the unknown.

The 100 is about to dive into an “environmental disaster story” in season four.

If you can’t stop the end of the world, how can you find hope? Some people will cling to their loved ones, some people will fight to their last breath, and some people are just done fighting … It’s human nature to save our families, our friends first. Can you take a little bit less for yourself in order to let somebody else have something?

Check out the trailer….
https://www.youtube.com/watch?v=z3koIh0Izwk 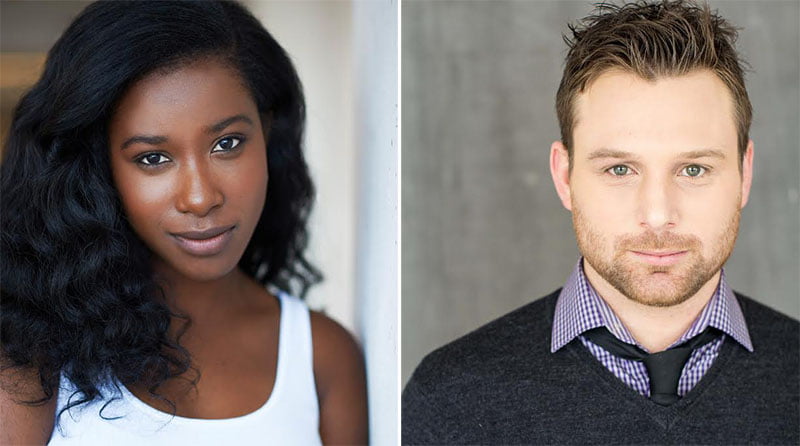 When a mysterious criminal steals a secret state-of-the-art time machine, planning to use it to change past events to destroy America in the present, the only hope is a team of unexpected heroes composed of a scientist, a soldier and a history professor. The trio must use the stolen machine’s prototype to journey back in time to critical events, being careful not to affect history themselves, while working to stay one step ahead of the villain who would unravel the timeline and understand the mystery driving his mission before it’s too late. 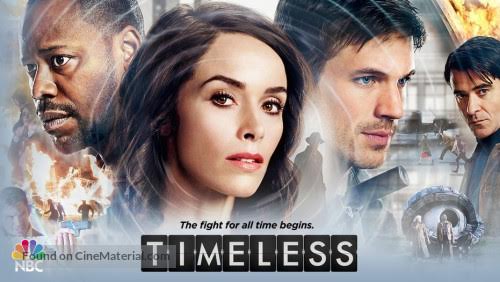 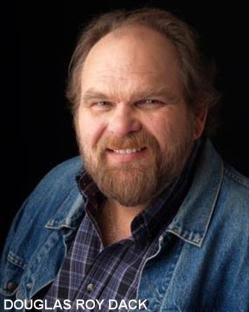 BC-based Bron Studios is onto the next one. Production on Parallel, a sci-fi feature directed by Isaac Ezban, began in Vancouver and area last week. Ezban is a Mexico-born filmmaker best known for The Incident (2014) and The Similars (2015); both sci-fi thrillers which he wrote, directed and produced.

Parallel follows a group of young app developers who find their way into a parallel universe full of future tech that they decide to bring back home with them. In an interview with Variety, Ezban described the film as “Flatliners meets The Social Network, classic sci-fi with a modern sci-fi touch.” 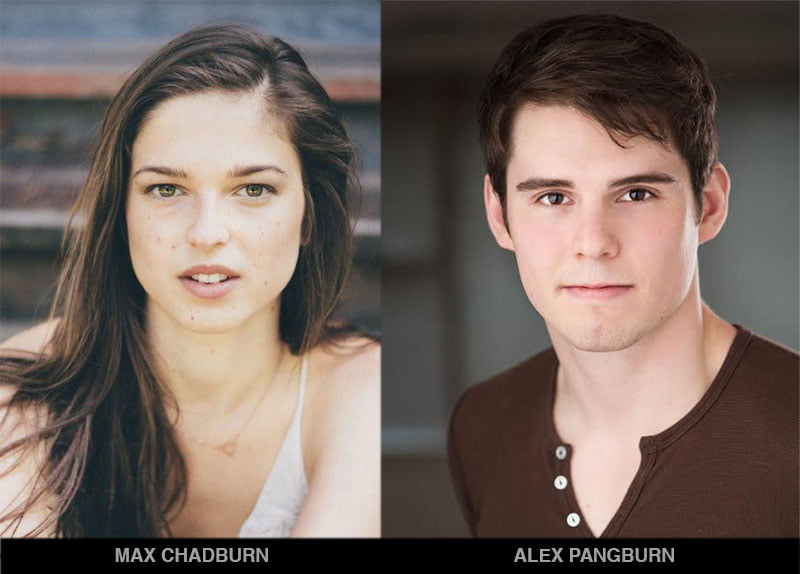 Lucifer is an American fantasy police procedural comedy-drama television series developed by Tom Kapinos that premiered on Fox on January 25, 2016.

Based on characters created by Neil Gaiman, Sam Kieth and Mike Dringenberg, this series follows Lucifer, the original fallen angel, who has become dissatisfied with his life in hell. After abandoning his throne and retiring to Los Angeles, Lucifer indulges in his favorite things (women, wine and song) — until a murder takes place outside of his upscale nightclub. For the first time in billions of years, the murder awakens something unfamiliar in Lucifier’s soul that is eerily similar to compassion and sympathy. Lucifer is faced with another surprise when he meets an intriguing homicide detective named Chloe, who appears to possess an inherent goodness — unlike the worst of humanity, to which he is accustomed. Suddenly, Lucifer starts to wonder if there is hope for his soul. 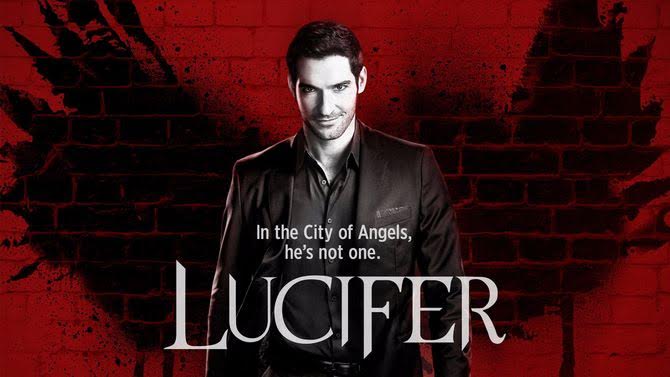 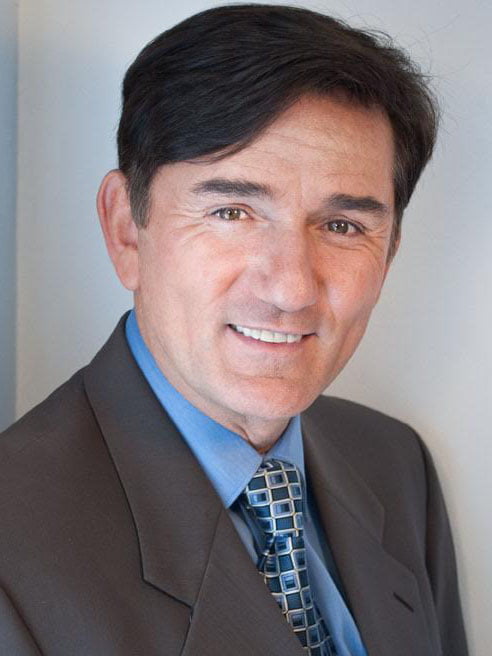 Frequency is an American drama television series that airs on The CW. Inspired by the 2000 Gregory Hoblit film of the same name, Frequency is developed by Jeremy Carver. The series premiered on October 5, 2016

Detective Raimy Sullivan has carried around pain and resentment over her father’s death for 20 years, believing NYPD Officer Frank Sullivan was corrupted during an undercover sting and got himself killed. Everything changes when she hears his voice coming from his old ham radio, somehow transmitting from 1996. Raimy tells Frank about his murder, allowing him to survive the event, but the change has tragic consequences on the present, and the two detectives must find a way to rewrite the past without destroying everyone they care about. 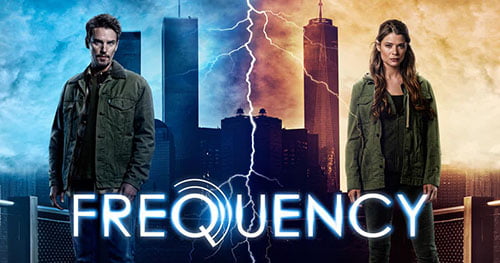 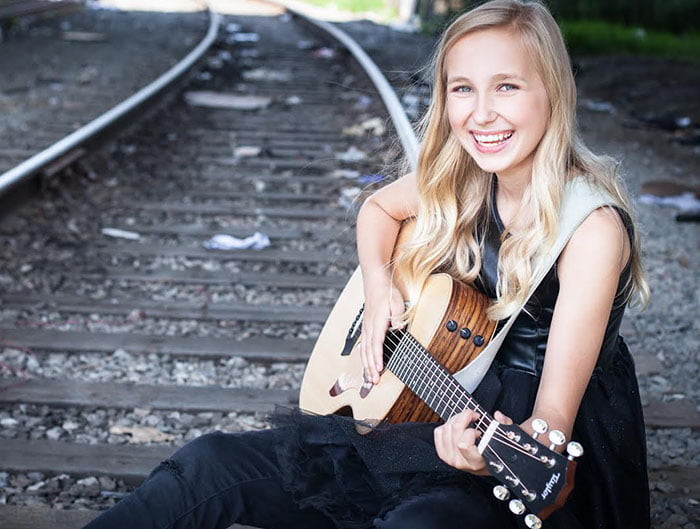 For North America, Mexico and the Caribbean markets, as well as World Wide Internet.