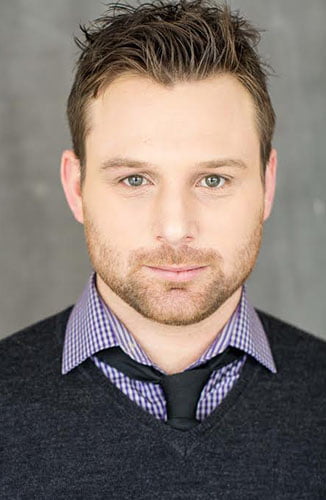 Conor Gomez wraps on Hallmark MOW, A Christmas to Remember.

Looking for a break from the city life, Jennifer goes on a road trip to a small town in the mountains. As fate would have it, a snowstorm causes her to get into a crash along the way. Thankfully, a single man comes along and is kind enough to welcome her into his home, along with his children. At first, Jennifer is suffering from amnesia and doesn’t even remember who she is. She begins to love the small town she’s grown accustomed to, and even as she starts to remember her past, she can’t imagine being anywhere else.
All My Children star Cameron Mathison will be part of the cast for A Christmas to Remember. Cameron has spent a lot of time filming in the Vancouver area for his role as Mike Kingston in Hallmark’s Murder, She Baked series alongside Alison Sweeney. Cameron is joined by Mira Sorvino (Mimic, Falling Skies).

A Christmas to Remember is expected to premiere December 18th on the Hallmark Movies & Mysteries Channel. 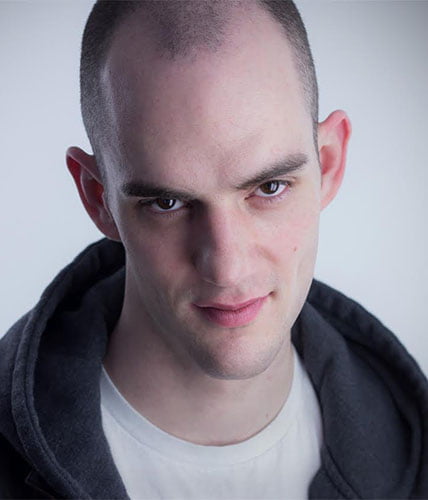 The Magicians is a fantasy television series that premiered on Syfy and Showcase on December 16, 2015, as a special preview. The rest of the series premiered on January 25, 2016. It is based on the novel of the same name by Lev Grossman. Michael London, Janice Williams, John McNamara, and Sera Gamble serve as executive producers.  On February 8, 2016, the series was renewed for a second season consisting of 13 episodes which is set to air in 2017. 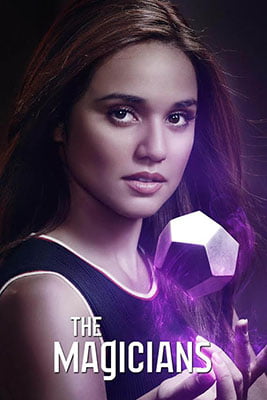 Quentin Coldwater enrolls at Brakebills College for Magical Pedagogy to be trained as a magician, where he discovers that the magical world from his favorite childhood books is real and poses a danger to humanity. Meanwhile, the life of his childhood friend Julia is derailed when she is denied entry, and she searches for magic elsewhere. 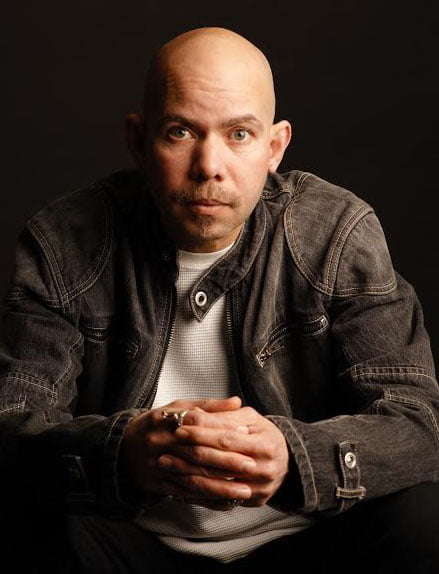 Gerry South wraps role in “Cop and a Half 2“.

Cop and a Half 2 is an American action-family comedy film. It is a sequel to the 1993 film Cop and a Half. Burt Reynolds reprises his role as Nick McKenna along with Norman D. Golden II reprising his role as Devon Butler as well, and some new characters from the new movie.

Nick McKenna and Devon Butler are back and better than ever! And together, they track down a serial killer and his men. Teaming up with beautiful Holly Goodman, the two race to stop him from taking over the whole killing freedom. 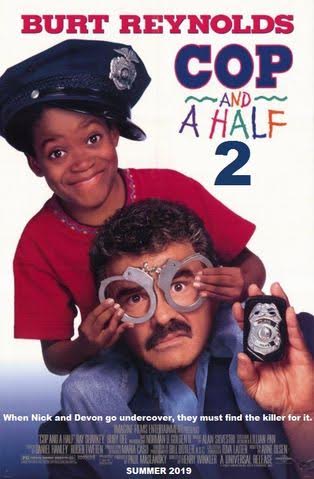 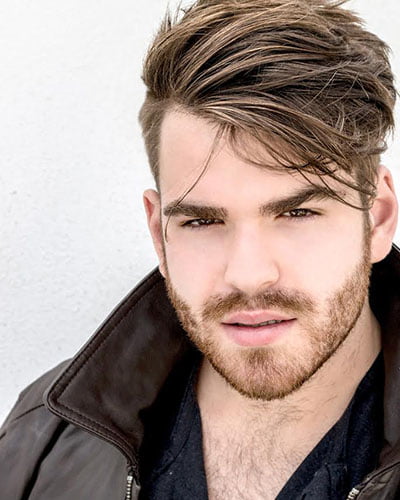 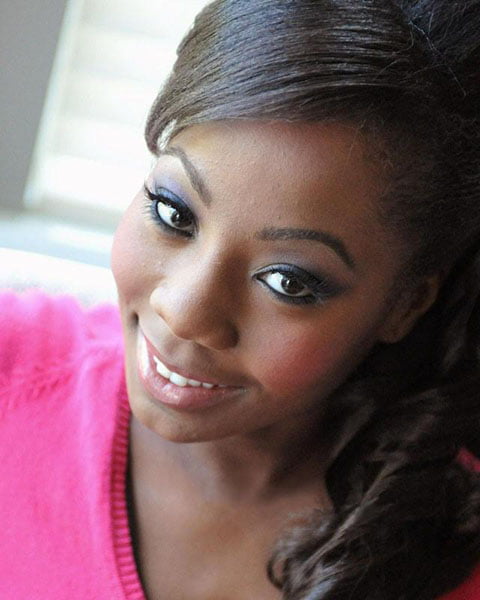 The 100 (pronounced The Hundred?) is an American post-apocalyptic science fiction drama television series that premiered on March 19, 2014, on The CW. The series, developed by Jason Rothenberg, is loosely based on a 2013 book of the same name, the first in a series by Kass Morgan.

The series follows a group of teens as they become the first people from a space habitat to return to Earth after a devastating nuclear apocalypse. 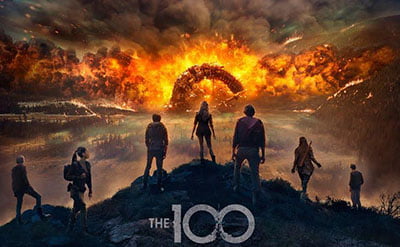 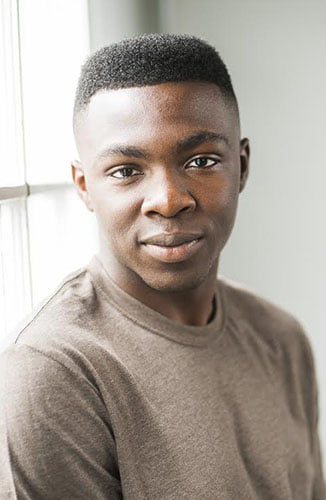 Eric Bempong books recurring role on the pilot “Let The Right One In“.

Let the Right One In, a drama based on the best-selling novel by Swedish author John Ajvide Lindqvist. Criminal Minds and Teen Wolf creator Jeff Davis wrote the script and serves as executive producer with Marty Adelstein (Aquarius, Teen Wolf) and Becky Clements (Aquarius) of Tomorrow Studios and Simon Oakes (Let Me In) of Hammer Films. The pilot is being produced by Tomorrow Studios in association with Turner’s Studio T.

Let the Right One In is an eerie drama about a young boy, long tormented by his classmates, who finds solace in a friendship with a charismatic female vampire who appears to be near his age. The vampire settles into the boy’s small Vermont town with her mysterious caretaker, just as a series of bizarre murders begins attracting the attention of law enforcement.

“Let the Right One In combines elements of horror, revenge thriller and adolescent romance into an unforgettable and truly unsettling tale,” said Sarah Aubrey, EVP of original programming for TNT. “This novel is a watershed of rich storytelling, making it an abundant source from which Jeff, Marty, Becky and Simon will bring to life in this all-new adaptation.”Lindqvist’s debut novel was an instant bestseller in Sweden. He adapted his book into a screenplay for the 2008 Swedish film of the same name, which earned international awards. (watch the trailer below) TNT’s pilot will draw from the original source material. Carl Molinder, who produced the original screenplay, and Alex Brunner (Dark Places) also serve as executive producers on the TNT adaptation.

Let the Right One In was previously developed at A&E and A+E Studios. The project moved to TNT earlier this year. It marks the second drama pilot for Tomorrow Studios at TNT following Good Behavior, which went to series. 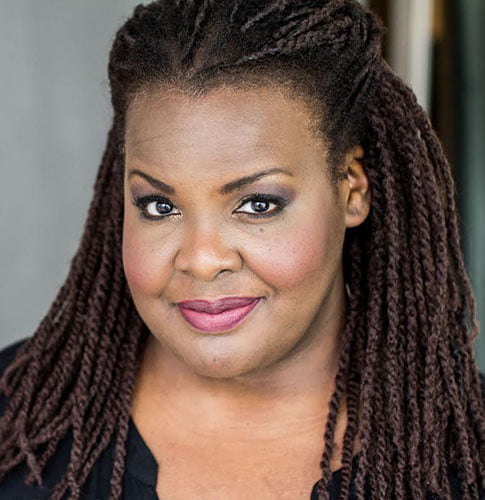 Frequency is an American drama television series that airs on The CW. Inspired by the 2000 Gregory Hoblit film of the same name, Frequency is developed by Jeremy Carver. The series premiered on October 5, 2016.

Detective Raimy Sullivan has carried around pain and resentment over her father’s death for 20 years, believing NYPD Officer Frank Sullivan was corrupted during an undercover sting and got himself killed. Everything changes when she hears his voice coming from his old ham radio, somehow transmitting from 1996. Raimy tells Frank about his murder, allowing him to survive the event, but the change has tragic consequences on the present, and the two detectives must find a way to rewrite the past without destroying everyone they care about.
Starring: Peyton List, Riley Smith, Devin Kelley, Lenny Jacobson, and Mekhi Phifer 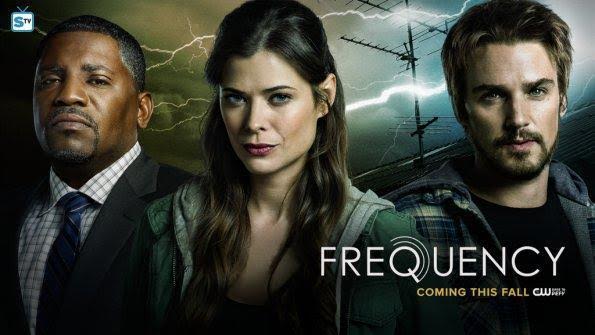 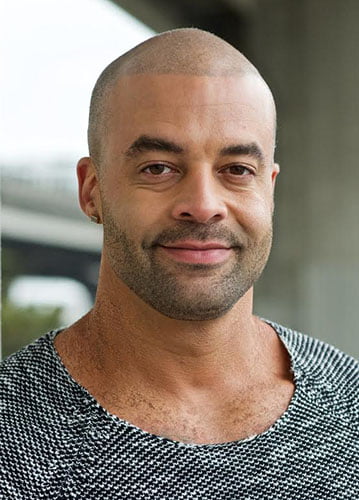 Evie Callahan appreciates order, but with her relationship running on empty and her career stalled, she is starting to think that an overly managed life has its downsides. This existential crisis leaves the perfect opening for the charming and free-spirited Xavier to waltz in and bring a refreshing wave of romance into her life. Just one thing… he believes the human race has only a little more than eight months left before an asteroid blasts it out of existence. Evie enlists the help of her friends Hank and Kareema to decide whether Xavier is crazy, and — maybe more importantly — if that even matters.
First episode aired October 4, 2016. 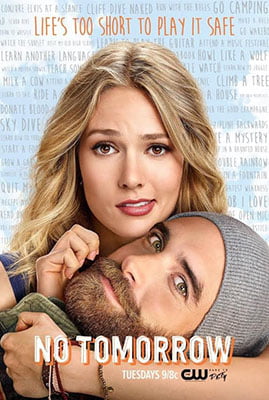 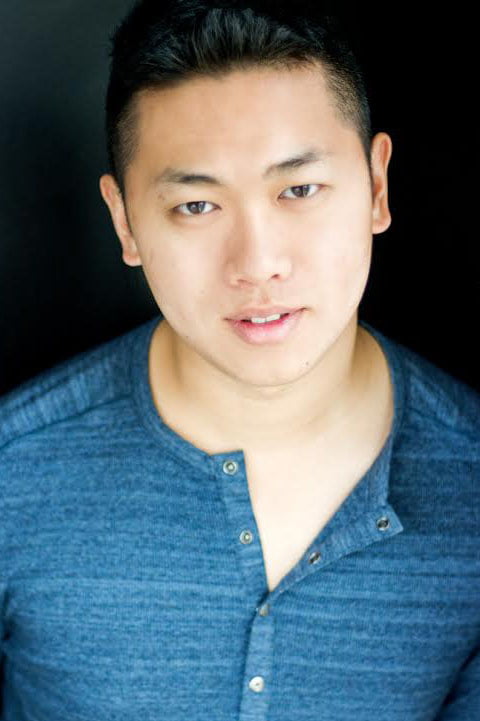 Girlfriends’ Guide to Divorce is an American comedy-drama television series developed by Marti Noxon for the American cable network Bravo. Based on the Girlfriends’ Guides book series by Vicki Iovine, the series revolves around Abby McCarthy, a self-help author who finds solace in new friends and adventures as she faces an impending divorce. Lisa Edelstein portrays the main character Abby. Beau Garrett, Necar Zadegan and Paul Adelstein co-star. Janeane Garofalo was part of the main cast for the first seven episodes of season 1 before departing the cast. She was replaced in episode 8 with Alanna Ubach.

Produced by Universal Cable Productions, the series serves as the first original scripted series for Bravo. A 13-episode first season was ordered by the network, which premiered on December 2, 2014. The show debuted to 1.04 million viewers. Critical reception for the series has initially been generally positive, with particular praise towards Edelstein’s performance and the series’ quality over the reality series on Bravo. The show was eventually renewed for a second season, which premiered on December 1, 2015. On April 13, 2016, it was announced that Bravo had renewed the show for a third, fourth and fifth season. 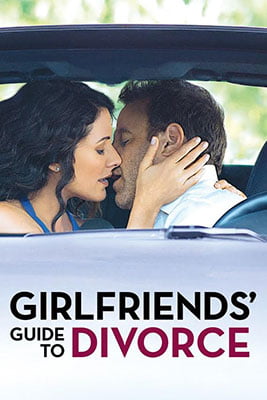 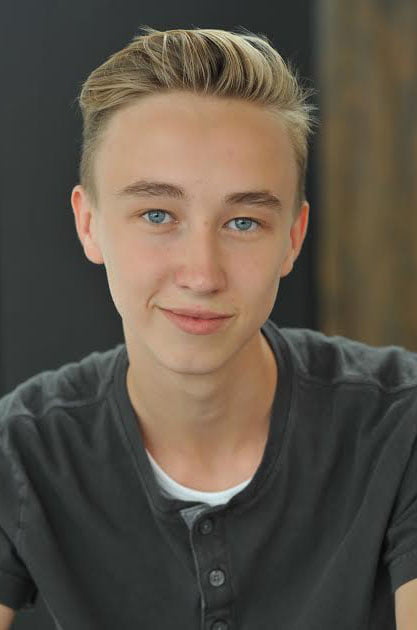 Storyline: Sommersby Elementary school has just hired an R500 to teach their Kindergarten class. After all, it can use customized algorithms to cater to each student’s individual learning needs. The students love it, and the teachers in the staff room have mixed feelings. Numerous conversations take place in the classroom, including what will a student grow up to be if robots have taken most roles? When the classroom hamster dies, students and teacher begin a discussion on death and what it means to be alive.

Comments: Directed and Written by four time Leo Award winning Jem Garrard, Jem recently directed a Hallmark MOW, ‘A Murderer Upstairs‘. She has made official music videos for Ringo Starr, Young Galaxy, Bend Sinister, Linkin Park and dozens of Canadian artists. Her first feature documentary that she co-directed and shot in Sierra Leone, has been released. She is the winner of 2015 Crazy 8’s with, ‘The Wolf Who Came to Dinner‘, a film that has screened internationally and won numerous awards. She is also the Director of the Television series, ‘The Switch‘ for OUTTV. Robocore is an Original Series for TELUS, based on the short film, ‘Unit Bryan‘, a Sci-Fi Mockumentary about a bored, aimless retail store employee, Robin, who has been tasked with training the store’s new employee, a friendly worker robot. You can watch ‘Unit Bryan‘ here: https://vimeo.com/161865104