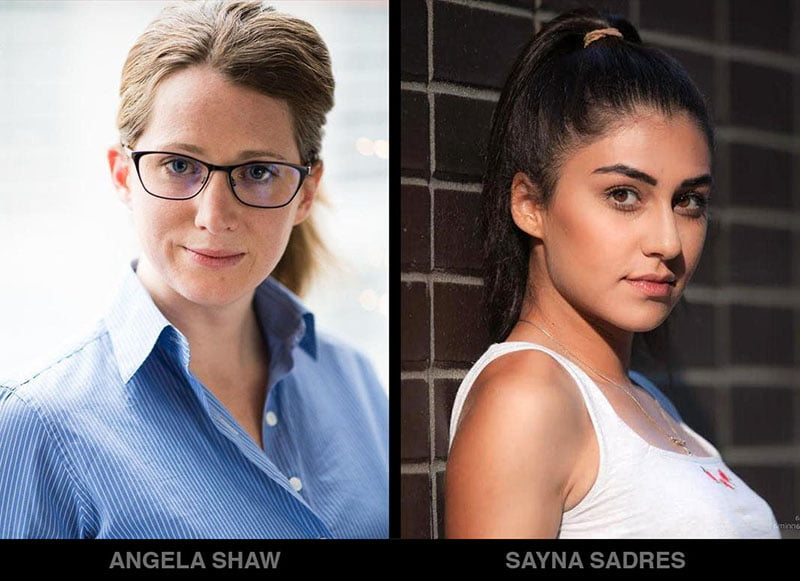 Freeform has put out a 10-episode series order for “Motherland: Fort Salem”, a show about witches in the American military. The one-hour drama, which has Will Ferrell, Adam McKay and Kevin Messick on board as EPs, was created by Eliot Laurence and is set in an alternate, present-day America where witches ended their persecution 300 years ago by cutting a deal with the U.S. government to fight for their country. “Motherland: Fort Salem” follows three young women from basic training in combat magic, to the terror of early deployment. In this world, the traditional roles of gender and power are flipped with women on the front lines, while the looming terrorist threat feel strikingly familiar to our world.

“We’re so excited to be able to tell this story rich with female empowerment, complex storytelling and an incredibly creative canon. While set in an alternative universe, ‘Motherland: Fort Salem’ will continue the authentic and issues-driven storylines that our network is known for, and what our audience has come to expect.” – Freeform president Tom Ascheim.

The show stars Taylor Hickson (“Deadly Class”) as Raelle, a reluctant recruit with major authority issues whose mother recently died in the line of duty, and Jessica Sutton (“The Kissing Booth”) as Tally, a kind, strong-willed and curious witch. Amalia Holm (“Playground”) rounds out the young witch recruits, playing Scylla, a playful yet dark and mischievous recruit. Demetria McKinney (“The Saints and Sinners”) will play Anacostia, a tough but wryly humorous drill sergeant.

“Motherland: Fort Salem” is written and created by Eliot Laurence and produced by Freeform Studios and Gary Sanchez Productions. Ferrell, McKay and Kevin Messick serve as EPs for Sanchez. Eliot Laurence, Maria Maggenti and Steven Adelson will also executive produce the series. The pilot was directed by Steven A. Adelson. 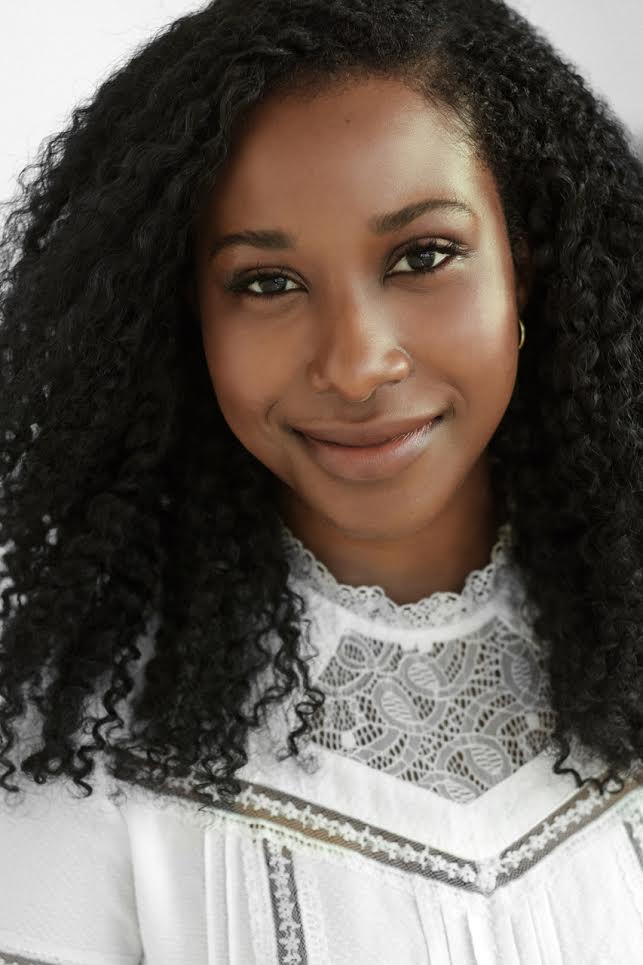 Naïka Toussaint has booked a role in the upcoming romance MOW, Over the Moon in Love.
Director: Christie Will
Writer: Jessica Lowndes
Starring Jessica Lowndes, Wes Brown, Peter Graham-Gaudreau
Storyline:
With her match-making business on the verge of sail or sink, Brooklyn Moore (Jessica Lowndes) finds herself in the unique position to be featured in Life/Style Magazine. The publicity she could get would change her life and career forever! Lead journalist Stefanie Carlton is going to write a piece about Perfect Match and it’s 100% success rate, but in order to get the attention and marketing she needs, Brooklyn decides to throw a summer love party. In the midst of all this her childhood friend Devin (Wes Brown) comes back into her life, and even though Stephanie has eyes on him, a flame still lingers between Devin and Brooklyn. Can she find love for herself and be successfully publically recognized as the true romance specialist she is? 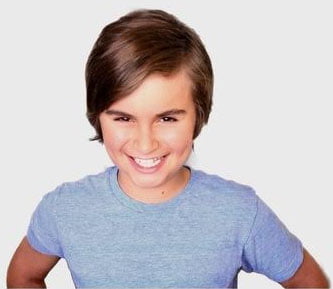 Chance Hurstfield will be filming a role this month in the upcoming Netflix film, Coffee and Kareem.
Taraji P. Henson and Ed Helms will star in the police drama “Coffee & Kareem” for Netflix. Helms will portray the Detroit cop and Henson will play his girlfriend. He reluctantly teams with her 11-year-old son to clear his name and take down the city’s most ruthless criminal.
Based on Shane McCarthy’s 2014 Black List script, Ed Helms and Mike Falbo are producing via their Pacific Electric Picture Co. banner. Sanford Nelson, Jordon Foss, Linden Nelson, and Don Foss are executive producing. 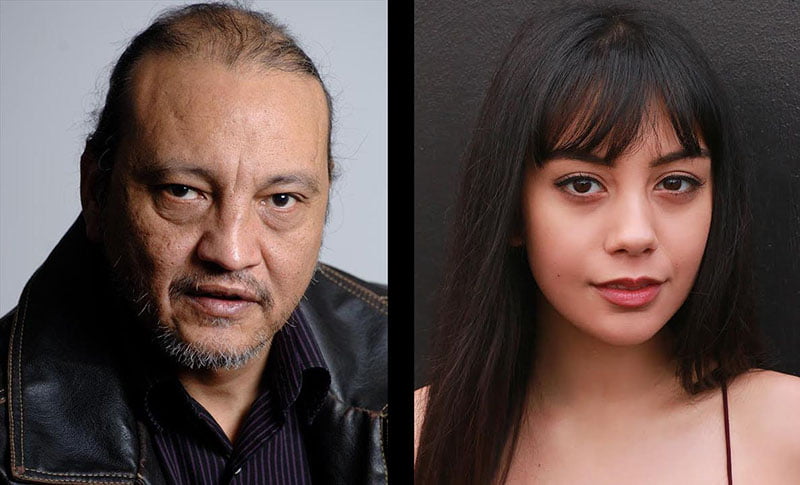 Luis Javier has booked a role on Episode #301 and Junnicia Lagoutin has finished shooting Episode #303 of MGM’s Get Shorty.
The MGM-owned premium cable network has renewed the Chris O’Dowd and Ray Romano comedy for a third season.The dark comedy based on the 1990s Elmore Leonard novel and subsequent feature film will be back after another season as a critical favourite (the show has a 96 percent rating on RottenTomatoes.com). Holmes (Shameless) will return as showrunner on the drama, whose first season is now available to stream on Netflix after producers MGM Television secured an SVOD deal with the company. 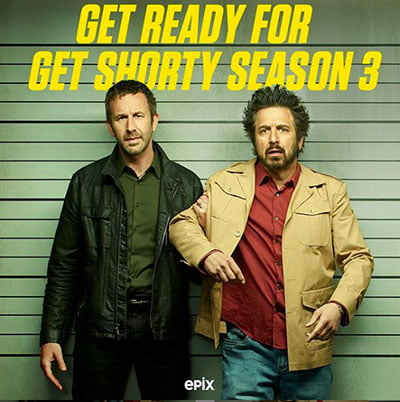 The series follows Miles Daly (Chris O’Dowd), muscle for a Nevada crime ring who tries to become a movie producer in Hollywood with the help of a washed-up producer, Rick Moreweather (Ray Romano), as a means to leave his criminal past behind. In season two, Miles struggles to reconcile his ambitions as a filmmaker and a family man with his skill set as a career criminal. His progress in Hollywood is jeopardized when the washed-up producer, with whom he partnered in season one, agrees to wear a Federal wire.
The new season is rumoured to premiere August 2019. 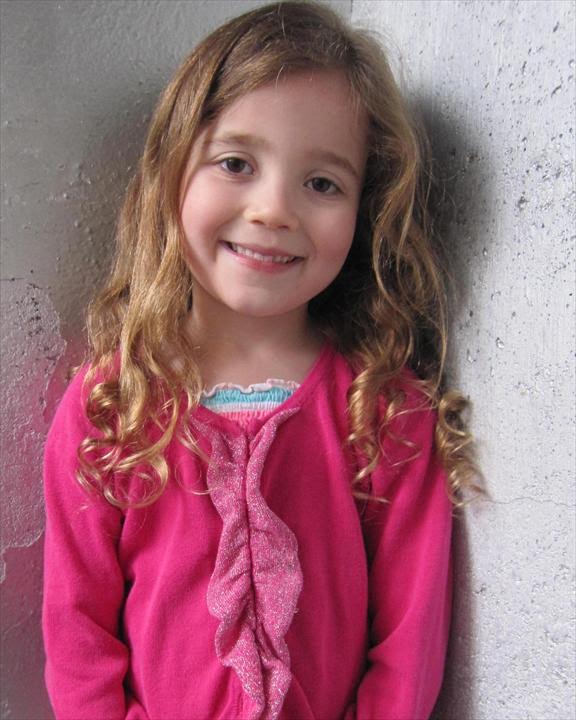 Director: Martin Wood
Writers: Gregg Rossen & Brian Sawyer
Story Line:
Nicknamed the “Capitol Clipper” for her ability to slash budgets, Erica Miller is sent by her Congressman boss to a South Pacific airbase to eliminate unnecessary expenditures on the base — or close it entirely. Erica’s chief target is “Operation Christmas Drop,” a long-standing seasonal tradition in which Christmas packages, not only of toys, but of essential food and clothing, are air-dropped to needy and remote islands.  This year, a typhoon has made the Drop even more essential than ever. In charge of the operation, Air Force Captain Andrew doesn’t intend to let a Washington suit deter him from his mission, so when he’s ordered to squire Erica around on her fact-finding mission, the two initially clash terribly.  However, after Andrew shows Erica the human side of the Drop, Erica changes her mind about her assignment — and about Andrew. As she and Andrew start falling hard for one another, Erica joins Andrew and the battalion of military personnel and volunteers to make this year’s Drop a reality.  But when Erica’s boss shows up unexpectedly and orders her back to Washington, as a typhoon closes in, it appears that the islands served by the Drop may have to go without Christmas this year… 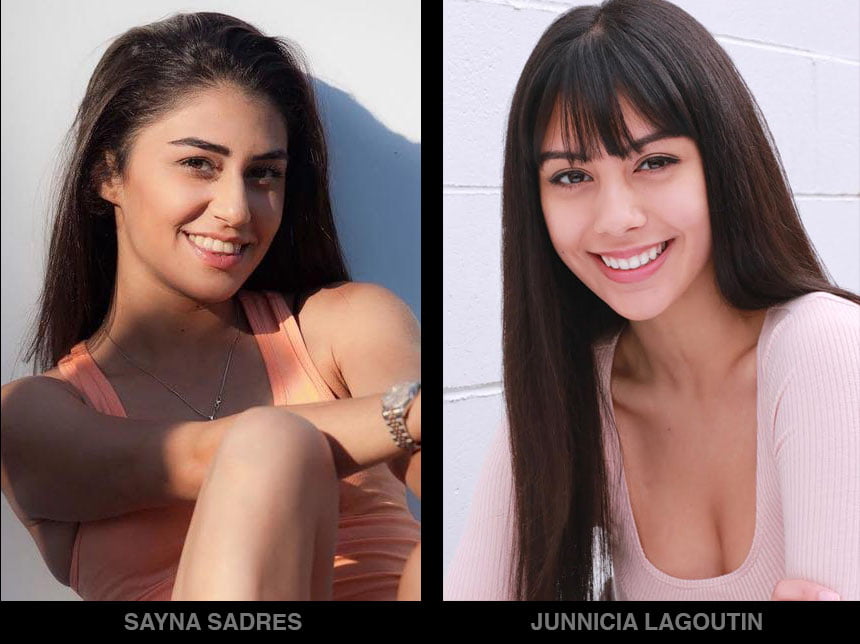 The Marriage Course was developed in 1996 by Nicky and Sila Lee (authors of The Marriage Book) for couples looking for practical support to strengthen their relationship. 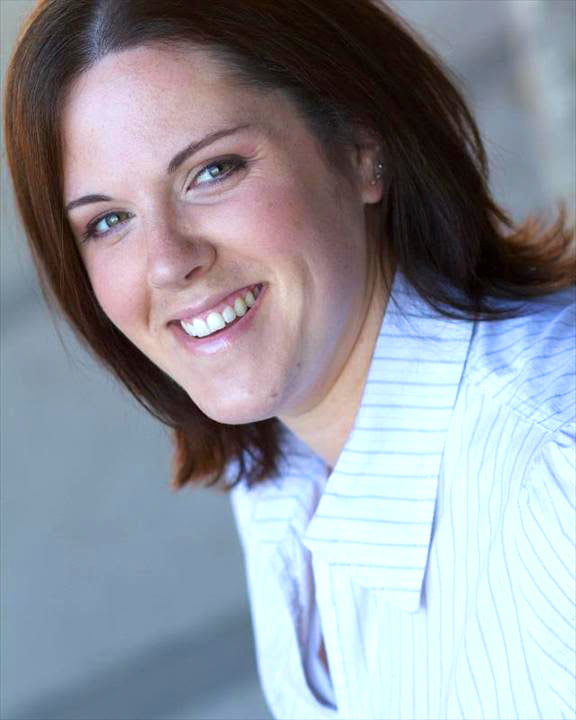 Regan Ross has just finished filming Episode #109/110 of Amazon Studio’s upcoming series, Upload.
Upload is a single-camera sitcom that takes place in the near future, where people who are near death can be “uploaded” into a virtual afterlife of their choice. Set in 2033, the secretly romantic Brooklyn-born Nora (Andy Allo, Pitch Perfect 3) works customer service for a luxurious virtual reality environment. When handsome L.A. party boy Nathan’s (Robbie Amell, The DUFF) self-driving car crashes, his high-maintenance girlfriend uploads him permanently into Nora’s VR world.
Upload has received a 10-episode order and will premiere globally on Amazon Prime Video in over 200 countries and territories. Daniels is executive producing with his producing partner Howard Klein of 3 Arts Entertainment. This marks the first series for Daniels since NBC’s Parks and Recreation and the first he solely wrote since his Emmy-winning The Office on NBC, based on the British format. It marks the last remaining Amazon pilot ordered by the studio’s previous regime and is the first Amazon pilot in a long time to make it to series as the streaming service has been shifting toward straight-to-series orders.

Filming for the series will be finishing this month in Vancouver BC.

…for the month of May! 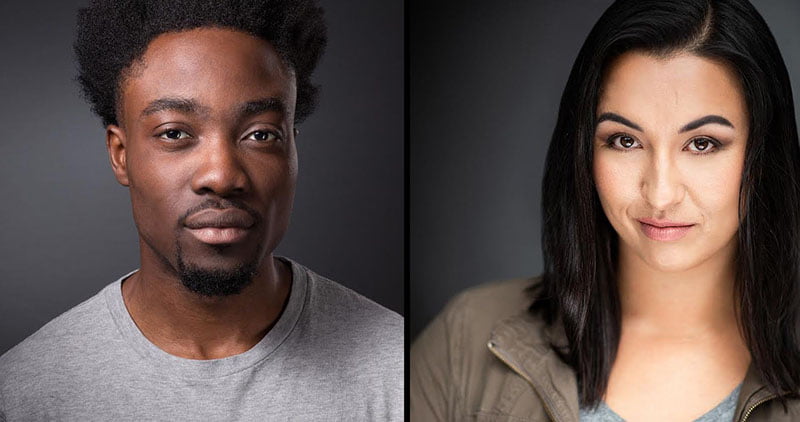 Jason Bempong and Kia Vance have booked OCP roles on an el Jimador Tequila commercial in the spot “Great Moments”  for Internet, Social media and the World Wide Web. 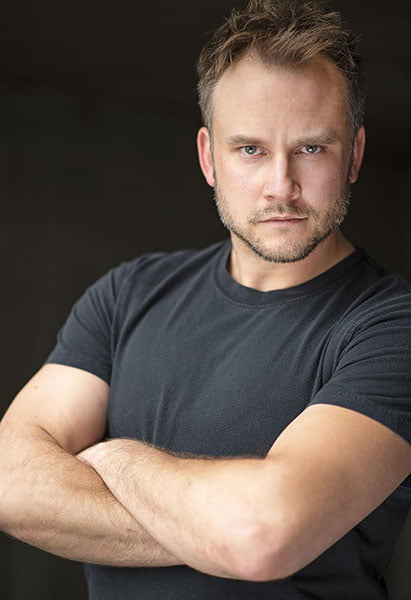 Adam Thomas has booked a role on Episode #207 of Altered Carbon.
Altered Carbon is a television series produced by Netflix based on the Cyberpunk trilogy of the same name by British writer Richard K. Morgan. The first 10-episode season debuted in 2018. Six months after the first season of Altered Carbon was released on Netflix, the sci-fi series has been renewed for an 8-episode second seasons. Alison Schapker is joining the series as executive producer and will serve as co-showrunner alongside creator/executive producer Laeta Kalogridis who was showrunner on Season 1 of the Skydance TV-produced series. The series is set centuries into the future when the human mind has been digitized and the soul itself is transferable from one body to the next. Takeshi Kovacs, a former elite interstellar warrior known as an Envoy who has been imprisoned for 500 years, is downloaded into a future he’d tried to stop. Kalogridis executive produces with Schapker as well as David Ellison, Dana Goldberg and Marcy Ross via Skydance. James Middleton also returns as an executive producer. 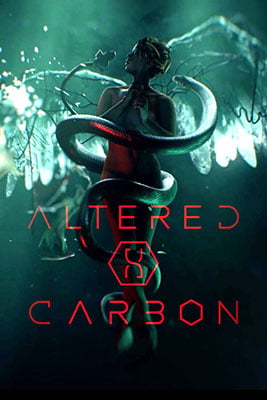 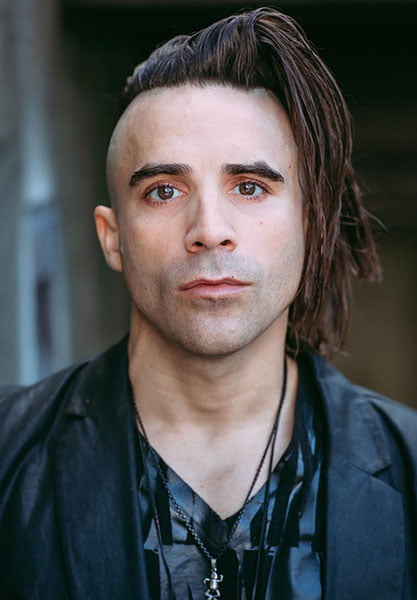 Mark Sweatman has booked a role on episode# 410 of Van Helsing which he will be filming later this month.

Van Helsing is an American-Canadian dark fantasy horror drama television series, overseen by provocateur playwright-filmmaker Neil LaBute, which premiered September 23, 2016 on Syfy in the United States. The series follows Vanessa Helsing (played by Kelly Overton) daughter of famed vampire hunter Abraham Van Helsing, who wakes up after a five-year coma to discover a vampire-controlled world. She soon learns that she possesses a unique blood composition that makes her immune to vampires and able to turn the creatures into humans. That power puts humanity’s last hope to return the world to how it once was before the vampires took over in Vanessa’s hands. The series premiered on Netflix December 23, 2016. 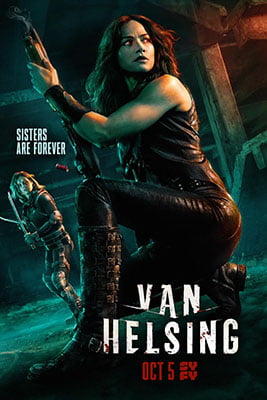 Syfy renewed “Van Helsing” for a fourth season ahead of the Season 3 finale. 13 new episodes of the action-horror series will air in 2019. In addition, Jonathan Walker has come onboard as showrunner for the new season, taking over from Neil LaBute.

“Season 4 will delve deeper into the iconic lore of the vampires and their ultimate goals for this world. New villains will rise along with unexpected heroes joining the fight. We have a fantastic build planned for this season and I’m thrilled to share it with our dedicated fans.” – Jonathan Walker.