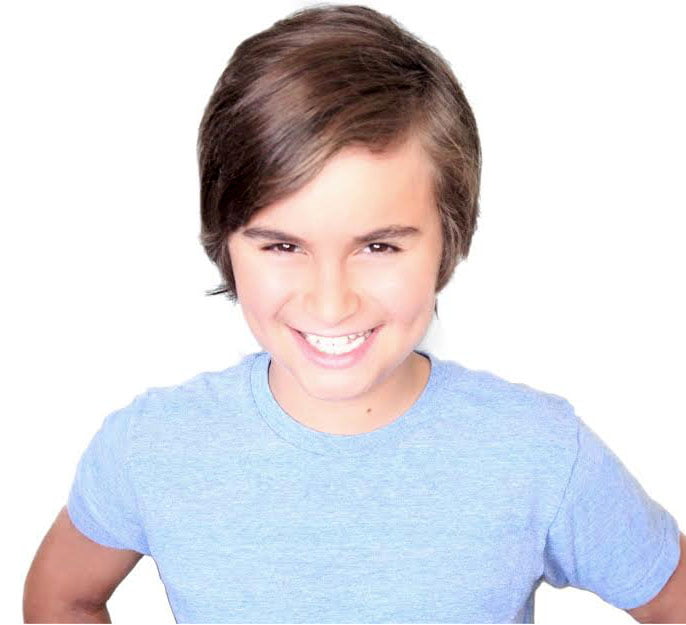 PAW Patrol is a Canadian CGI–animated television series created by Keith Chapman. It is produced by Spin Master Entertainment with animation provided by Guru Studio. In Canada, the series is primarily broadcast on TVOKids, which first ran previews of the show in August 2013. The series first aired on Nickelodeon in the United States on August 12, 2013.
This series is a comedy action-adventure for the older pre-school crowd that follows the adventures of a ten-year old boy and his very special team of rescue pups. 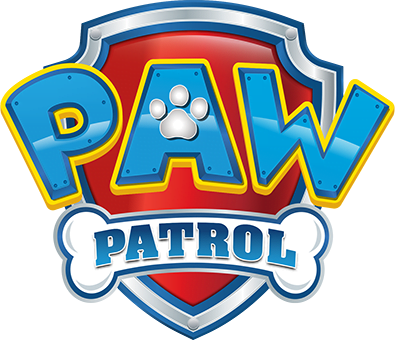 A group of six rescue dogs, led by a tech-savvy boy named Ryder, has adventures in “PAW Patrol.” The heroic pups, who believe “no job is too big, no pup is too small,” work together to protect the community. Among the members of the group are firedog Marshall, police pup Chase, and fearless Skye. All of the animals have special skills, gadgets and vehicles that help them on their rescue missions. Whether rescuing a kitten or saving a train from a rockslide, the PAW Patrol is always up for the challenge while also making sure there’s time for a game or a laugh

Spin Master has developed the show into a media franchise and released an ongoing line of toys based on it. PAW Patrol toy sales have generated millions of dollars in revenue for the corporation and increased Spin Master’s presence in the preschool toy market. The show, and its associated products, have received a variety of awards and nominations from associations such as the Academy of Canadian Cinema & Television and the Academy of Television Arts & Sciences. 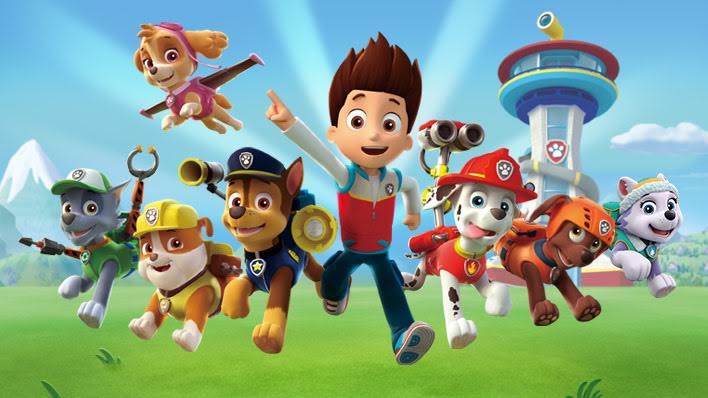 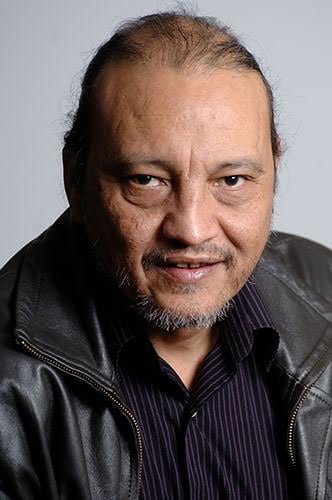 El Chicano is described as a dark, urban-inspired superhero movie about a mysterious supernatural vigilante named El Chicano who takes on the drug dealers in the barrio. At the heart of the story are fraternal twin brothers, Pedro and Diego Hernandez. Fifteen years after witnessing El Chicano in action, Diego has grown up to be a highly decorated L.A. police detective, while his brother entered gang life and committed suicide after a prison stint.

When investigating the deaths of 12 gang members in a warehouse, Diego begins to uncover details about his brother’s past life in a secret “shadow world.” He begins to suspect he didn’t take his own life after all but was murdered.

So while not directly autobiographical, El Chicano certainly contains elements of Bray’s life growing up as the oldest of six children in a ghetto in San Fernando. His youngest brother Craig died at the age of 29 of a drug overdose not long after getting out of prison. It was a death that the family, and some investigators, have always found suspicious.

David Castaneda, Noel G, Jose Pablo Cantillo, Marco Rodriguez, Marlene Forte, Sal Lopez, and Mr. Criminal are also among the cast of the film, which is currently in production. 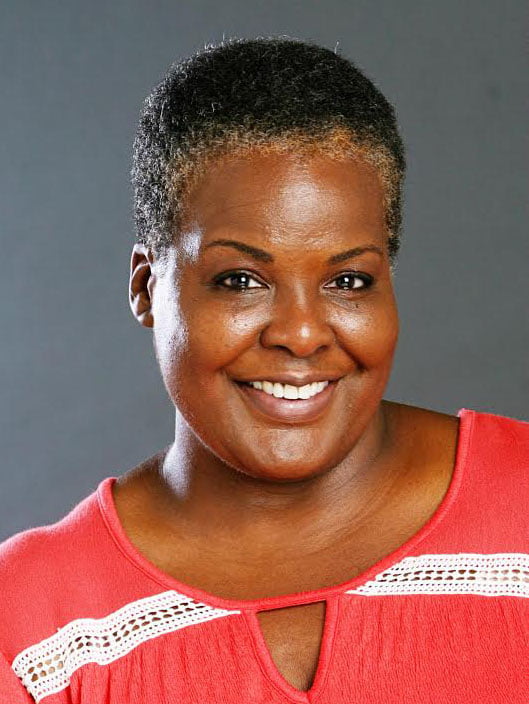 Gigi Jackman is busy shooting a role on Hallmark Channel’s movie for Television “A Harvest Wedding“.

Sarah Bloom, a highly successful wedding planner, returns to her hometown to plan the season’s biggest wedding. Much to Sarah’s surprise, the bride’s brother happens to be her first love.

Dedicated wedding planner Sarah Bloom gets the opportunity to work on the society wedding of her dreams, not to mention score a cover story in an issue of a prominent wedding magazine. But she has only two days to pull off the near-impossible and is well aware that this particular assignment could make or break her career. The fact that the wedding is going to be held on her old boyfriend David Nichols’ farm greatly complicates an already nerve-wracking situation — especially when Sarah finds herself falling hard for David all over again — and vice versa.. 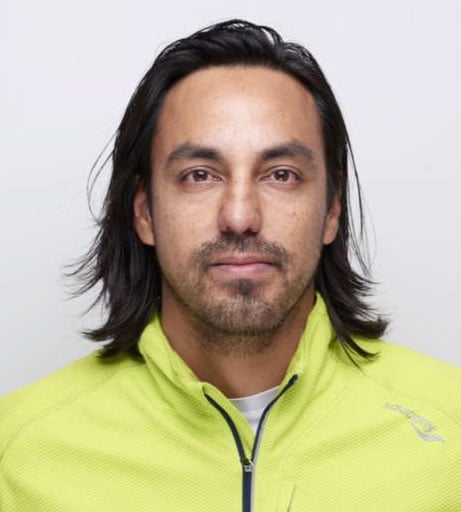 Francisco Cano books “Project Gala” a Mocap Video Game for Capcom Co., Ltd, a Japanese video game developer and publisher known for creating multi-million-selling franchises such as Mega Man, Street Fighter, Resident Evil, Devil May Cry, Ace Attorney, and Monster Hunter as well as games based on the Disney animated properties. Established in 1979 it has become an international enterprise with subsidiaries in North America, Europe, and East Asia. 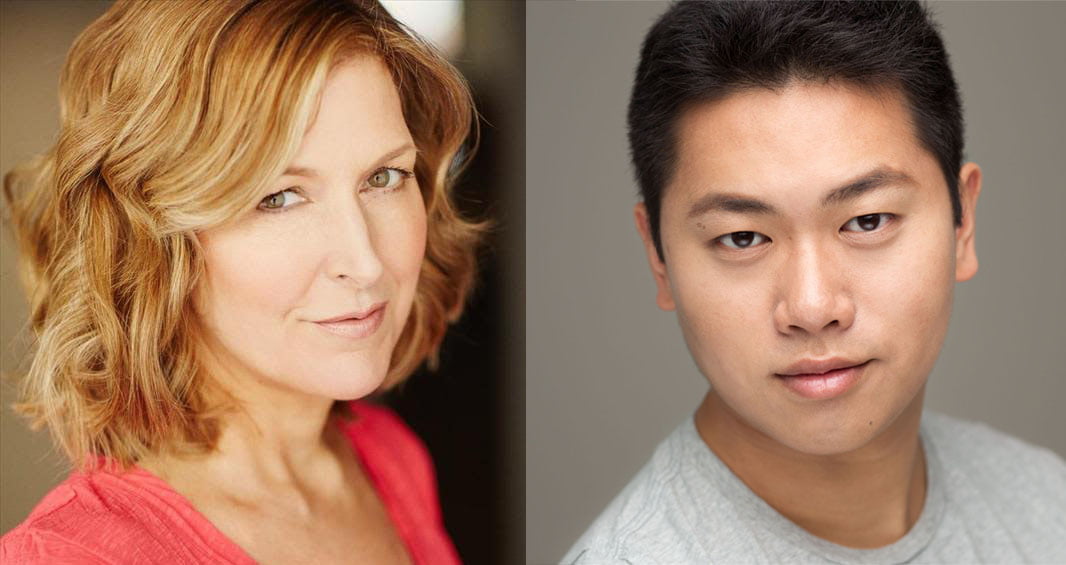 Both Monique Phillips & Mike Li have booked a role and Ruairi MacDonald recurs in Season 3, Episode #304, of Amazon’s alternate-history thriller “Man in The High Castle“. 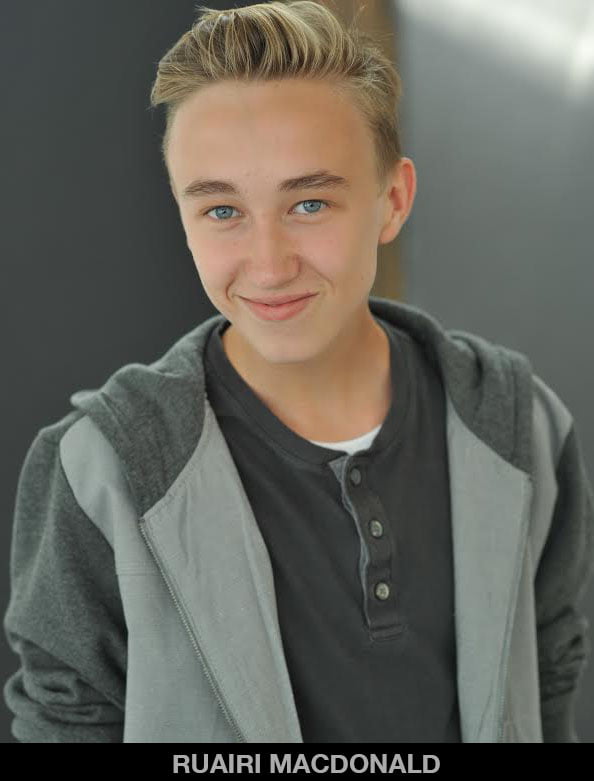 The series, which is loosely based on the novel written by science fiction author Philip K. Dick, takes a look at what the world might look like if the outcome of World War II had favoured the Nazis. Set in 1962, this alternate version of Earth history, has the forces of Japan and Germany winning the second World War and dividing the USA into puppet states.

This thought provoking series was quickly renewed following their December 2016 release of season 2. The third season of the three time Emmy nominated series promises to deliver on that which has turned this show into Amazon’s best series. 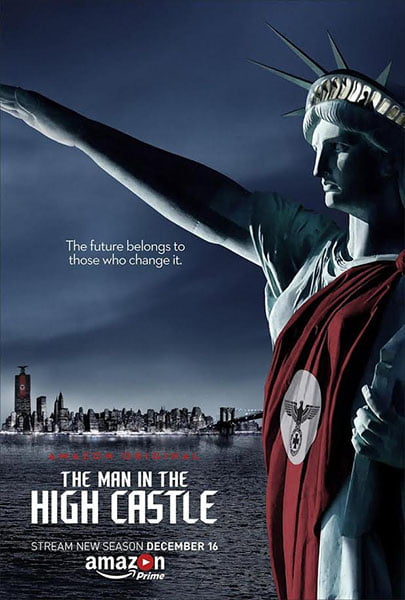 The series was developed by Spotnitz (“The X-Files”), who will serve as executive producer of season three with Ridley Scott (“The Martian”), David W. Zucker (“The Good Wife”), Richard Heus (“Ugly Betty”), Isa Dick Hackett (“The Adjustment Bureau”) and Daniel Percival (“Banished”)

Eric Overmyer (“Treme,” “The Affair,” “Bosch”) will take over for Frank Spotnitz, as showrunner and executive producer for this next season 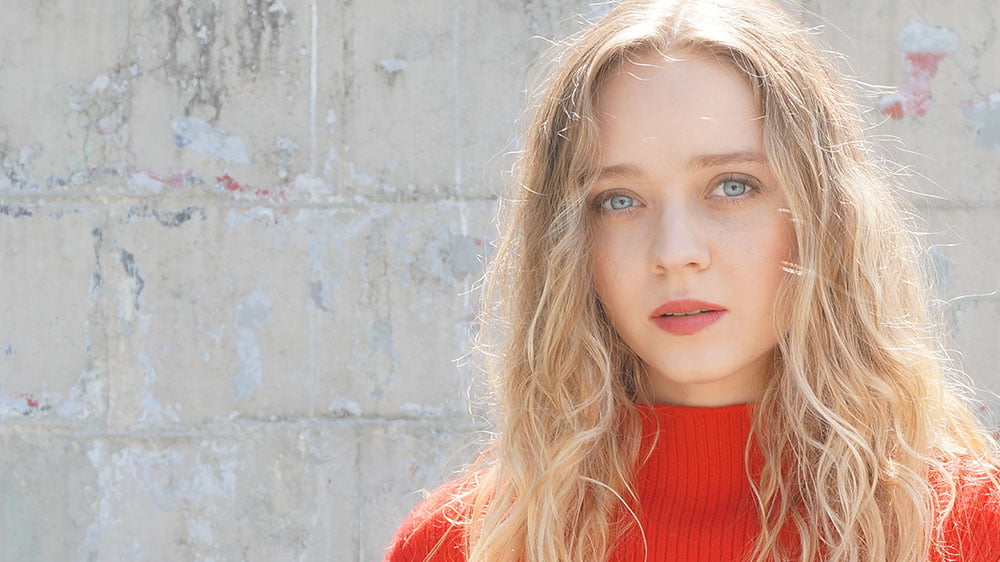 Madeleine Arthur has been busy shooting a recurring role on “The Magicians“.

The Magicians is an American fantasy television series that airs on Syfy and is based on the novel of the same name by Lev Grossman. Michael London, Janice Williams, John McNamara, and Sera Gamble serve as executive producers. 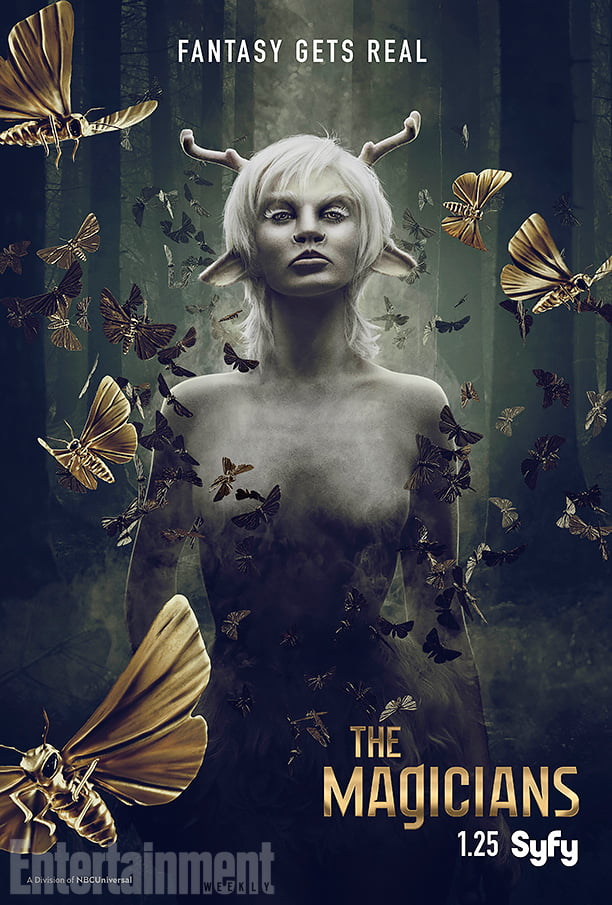 Based on Lev Grossman’s bestselling novels, The Magicians centers around Brakebills University, a secret institution specializing in magic. There, amidst an unorthodox education of spell casting, Quentin Coldwater (Jason Ralph) and his group of twenty-something friends soon discover that a magical fantasy world they read about as children is all too real— and poses grave danger to humanity.

They are thrust into the unfamiliar world of the beautifully enchanting yet mysteriously dangerous Fillory – and places beyond – where they must draw upon their novice skills to save the existence of magic. 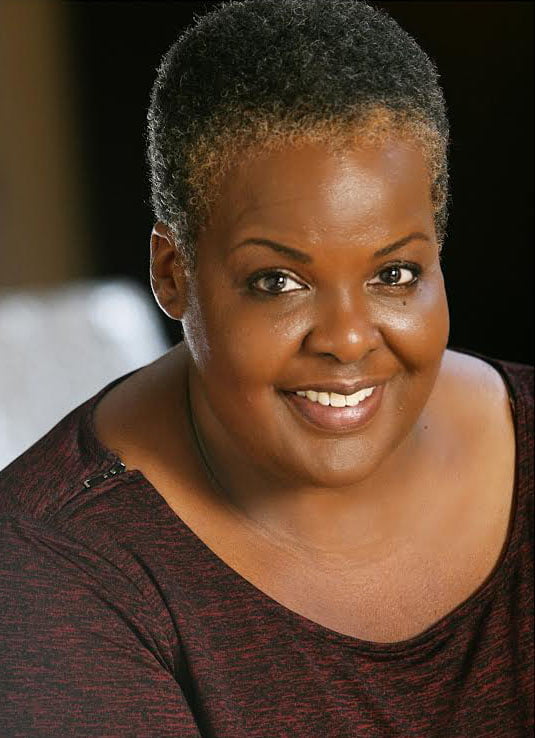 Joining Season 2 is Jocelyn Hudon (The Strain) as a new series regular playing Willow Green. She replaces Chloe East who could not return for Season 2 due to scheduling conflicts. Also set for recurring roles are Ashley Thomas (24: Legacy) as Malcolm Rose, Laura Vandervoort (Smallville) as Tessa Pryor, Amy Madigan (Gone Baby Gone) as Diane Pierce and D.B. Sweeney (Life As We Know It) as Jeff.

Filming is now underway in Vancouver on the first five episodes of the Entertainment One-produced series, then will move to South Africa for another five episodes in late September. New showrunner Ed Bernero (Criminal Minds) will direct the first two episodes and serve as executive producer.

Created by Robert Munic (The Cleaner, Empire), Ice follows the Greens, a family of prominent diamond merchants and the dangerous underbelly of the highly competitive diamond trade business in Los Angeles. Patriarch Isaac (Barry) and brother-in-law Cam (Winstone) are holding together the multi-generational business, but when bad seed son Freddy (Sisto) kills a shady dealer, it falls to slightly-more-responsible son Jake (Gigandet) to protect the family from increasingly powerful and violent rivals. 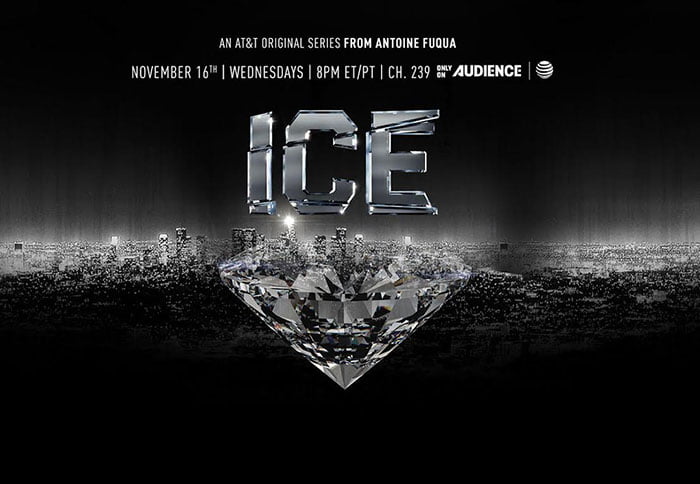 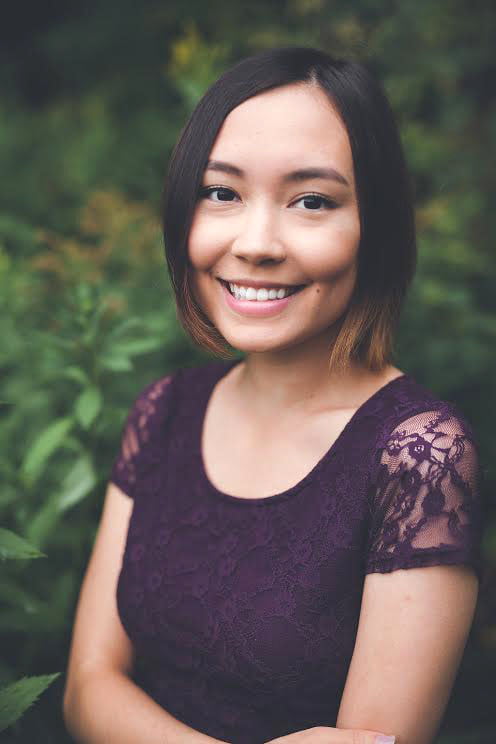 Ayzee has finished shooting a role on Episode #102 of Sony Pictures Television and ABC Studios “The Good Doctor“.

Dr. Shaun Murphy (Freddie Highmore), a young surgeon with autism and savant syndrome, relocates from a quiet country life to join the prestigious St. Bonaventure Hospital’s surgical unit. Alone in the world and unable to personally connect with those around him, his only advocate, Dr. Aaron Glassman (Richard Schiff), challenges the skepticism and prejudices of the hospital’s board and staff when he brings him in to join the team. Shaun will need to work harder than he ever has before, as he navigates his new environment and relationships to prove to his colleagues that his extraordinary medical gifts will save lives. 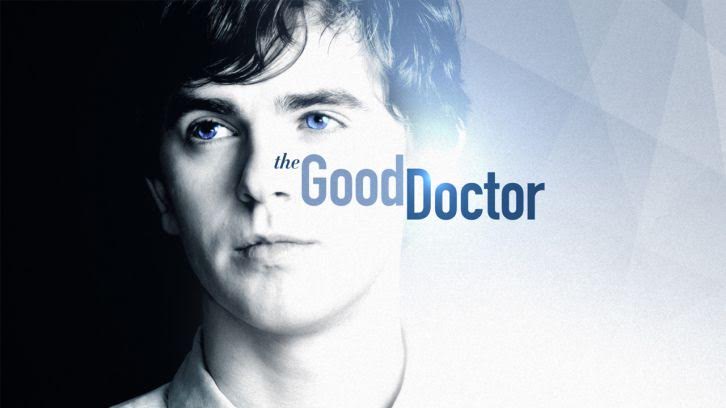 iZombie Season 4 is a go! The CW has renewed the zombie drama for another season and both Eric Bempong and Grayson Maxwell Gurnsey have just finished shooting some really cool roles on Episode #401.

The show about an undead morgue attendant who assumes the personality of whichever brain she is eating and uses it to solve murders is one of the most consistently delightful shows on television. We would expect nothing less from Rob Thomas, who also created cult favorite Veronica Mars. Thomas runs iZombie along with Diane Ruggiero-Wright.

The iZombie crew has got to be one of the most entertaining groups on television. 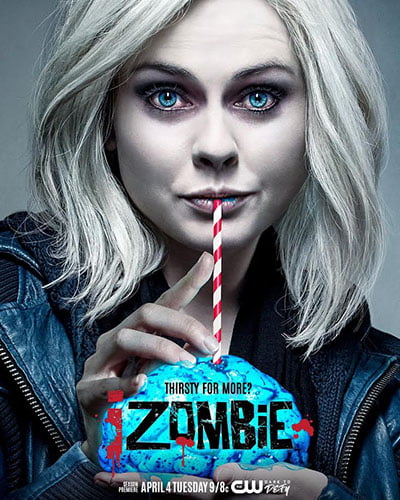 It’s unclear how much of the cast will be coming back for iZombie Season 4 but, currently, iZombie stars: Rose McIver toplines the series, and stars alongside Malcolm Goodwin, Rahul Kohli, Robert Buckley, David Anders, and Aly Michalka.

“iZombie” season 3 recently concluded with a surprising twist, with the entire world finding out about the existence of the undead. And as executive producer Rob Thomas teased, season 4 will be about exploring a world where humans and zombies co-exist.

The iZombie TV show is loosely based on the characters from the Vertigo comic of the same name.