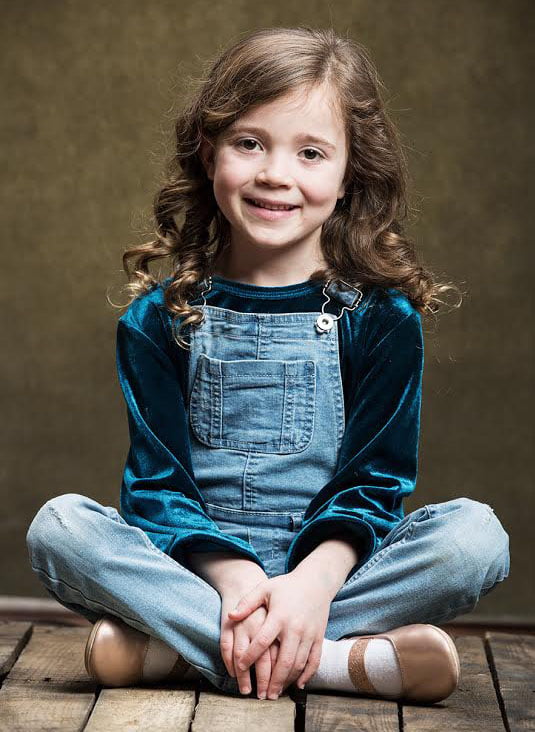 Elizabeth Thatcher is a young teacher accustomed to high society, so she experiences culture shock when she gets her first classroom assignment in Coal Valley. Life in the small mining town is filled with challenges. A recent explosion has killed more than a dozen of the town’s miners, compelling the widows of those men to work in the mines to earn money. One of them — Abigail Stanton, whose husband was foreman at the site of the tragedy — welcomes Thatcher and tries to help her adjust to frontier customs. Constable Jack Thornton, also a newcomer, is not as welcoming, because he believes Thatcher’s wealthy father doomed his career by assigning him to Coal Valley so he could protect Elizabeth. Over time, though, Elizabeth and Jack become closer and begin a relationship. Janette Oke’s books about the Canadian West inspired the series. 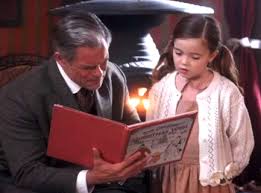 The synopsis for the When Calls the Heart Christmas 2018 special: “When a group of orphans become stranded in Hope Valley for Christmas, their caretakers — sisters who have a mysterious backstory — lead Bill (Wagner) to investigate the circumstances of their arrival. He discovers the sisters and their orphanage are in jeopardy, so Abigail (Loughlin) and the other residents rally to make it a Christmas to remember for the orphans. Elizabeth (Krakow), who is preparing for the birth of her child, organizes her students to engage in selfless gift-giving. That, along with a Christmas miracle, help bring wonder, hope, joy, and love to all this Christmas season.”

In this photo, we get a glimpse at the mysterious newcomers who arrive during the When Calls the Heart Christmas 2018 special. In the photo are Nakai Takawira, Cassidy Nugent, Max Archibald, Kesler Talbot, Dean Petriw, Audrey Wise Alvarez, and Jocelyn Hudon. Audrey Wise Alvarez plays the role of Millie. 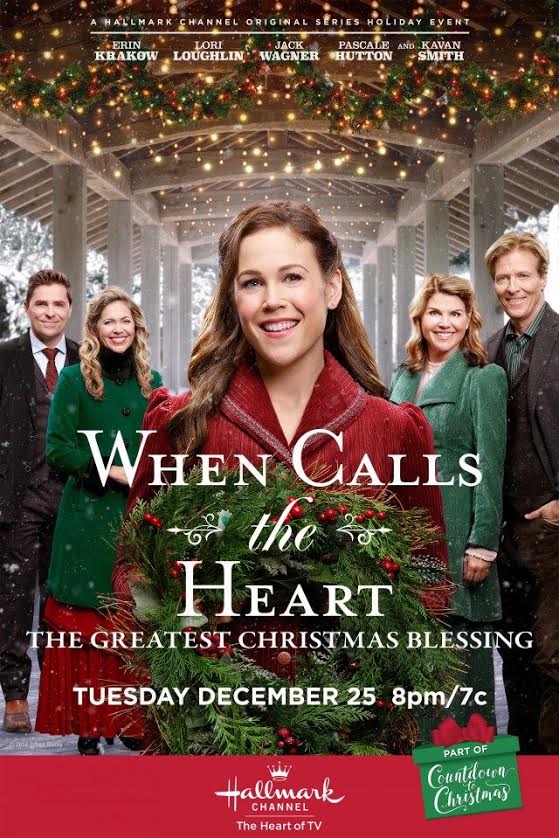 Audrey Wise Alvarez in scenes from “The Greatest Christmas Blessing”: 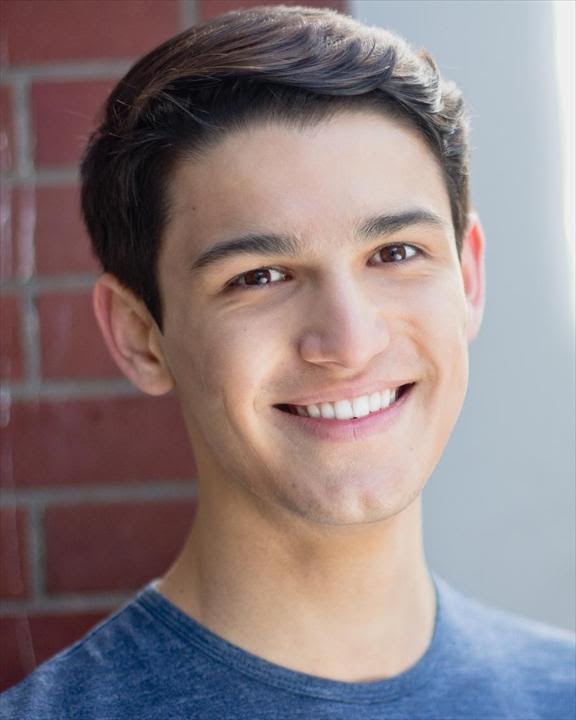 Nicolas Walter has finished shooting a role on season 3 Episode #314 of Riverdale.

Riverdale is an American teen drama television series based on the characters of Archie Comics.

A subversive take on Archie and his friends, exploring small town life, the darkness and weirdness bubbling beneath Riverdale’s wholesome facade.

Archie Andrews starts the school year with the world weighing on his shoulders. He’s decided he wants to pursue a future in the music business, but his recently ended clandestine relationship with the music teacher has left him without a mentor, and his friendship with Jughead Jones is in a bad place. Things look like they might be turning around when Veronica Lodge, a new girl, arrives. Despite the instant chemistry, Veronica is hesitant to risk a friendship with Betty — who has a crush on Archie — to pursue anything. Amidst all the small-town banality lurks a mystery: the recent tragic death of Jason Blossom, the twin brother of beautiful and popular troublemaker, Cher. 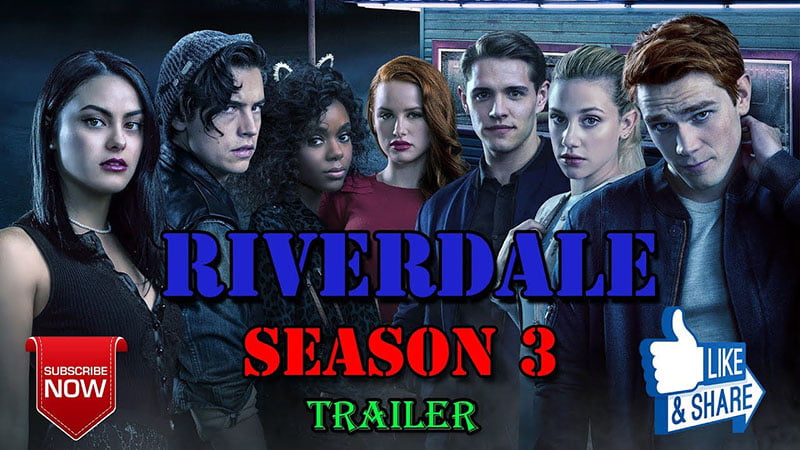 The series was adapted for The CW by Archie Comics’ chief creative officer Roberto Aguirre-Sacasa, and is produced by Warner Bros. Television and CBS Television Studios, in association with Berlanti Productions and Archie Comics. Originally conceived as a feature film adaptation for Warner Bros. Pictures, the idea was re-imagined as a television series for Fox. In 2015, development on the project moved to The CW, where the series was ordered for a pilot. Filming takes place in Vancouver, British Columbia. 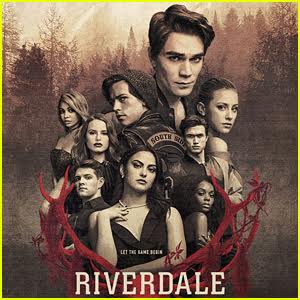 The series features an ensemble cast based on the characters of Archie Comics, with KJ Apa in the role of Archie Andrews; Lili Reinhart as Betty Cooper, Camila Mendes as Veronica Lodge, and Cole Sprouse as Jughead Jones, the series’ narrator. The cast also features Madelaine Petsch as Cheryl Blossom, Ashleigh Murray as Josie McCoy, Casey Cott as Kevin Keller, Charles Melton and Ross Butler as Reginald “Reggie” Mantle and Vanessa Morgan as Toni Topaz. Other characters in the series include the parents of the main characters: Luke Perry as Fred Andrews, Mädchen Amick as Alice Cooper, Marisol Nichols and Mark Consuelos as Hermione and Hiram Lodge, and Skeet Ulrich as FP Jones. 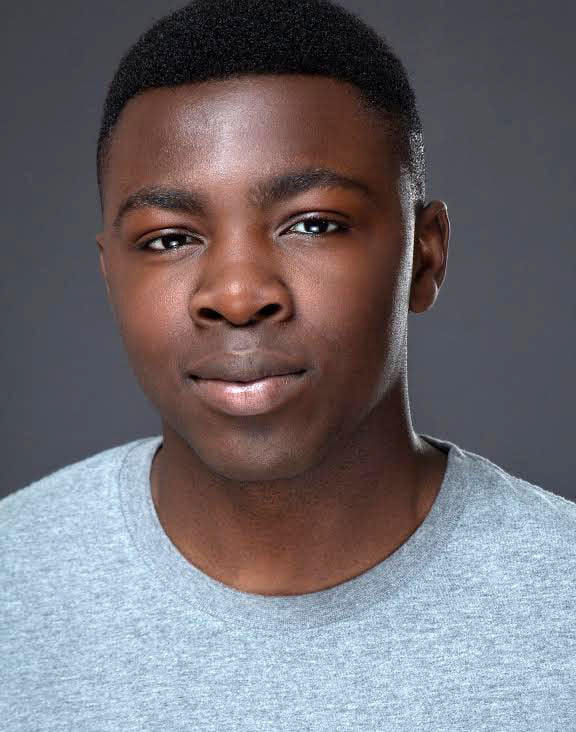 Eric Bempong has booked a role on Episode #110 of TNT’s upcoming series, Snowpiercer.

Netflix have acquired the global rights (outside of USA and China) for an upcoming futuristic action thriller“Snowpiercer” based on the 2013 movie of the same name by “Okja”-creator Bong Joon-Ho. Oscar winner Jennifer Connelly and Tony Award winner Daveed Diggs star in the series which will air on TNT in the USA. Netflix will stream the series globally (excluding USA and China). 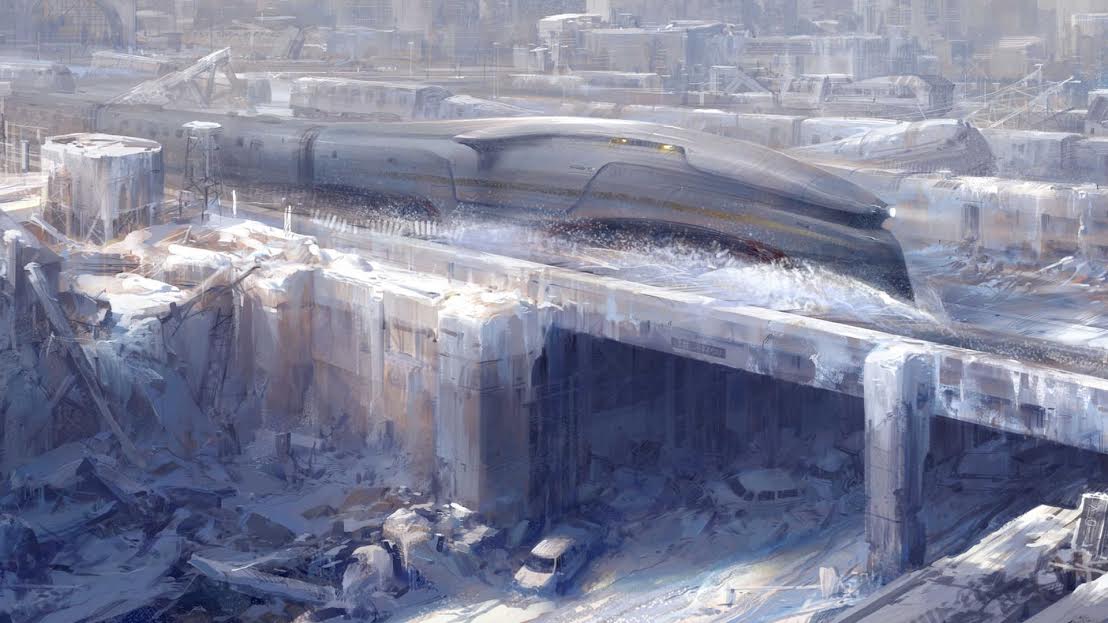 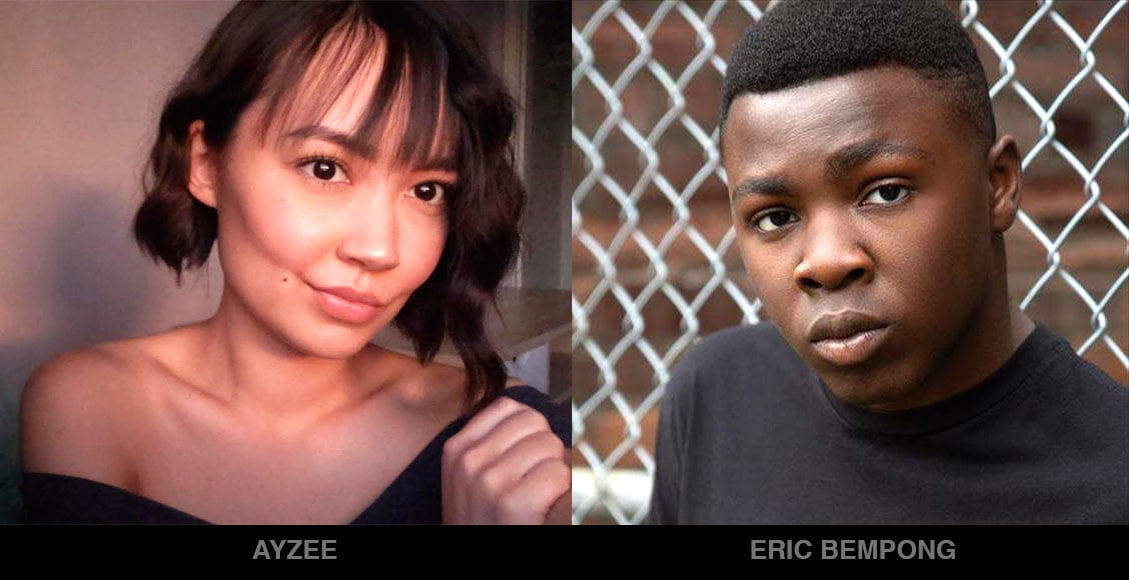 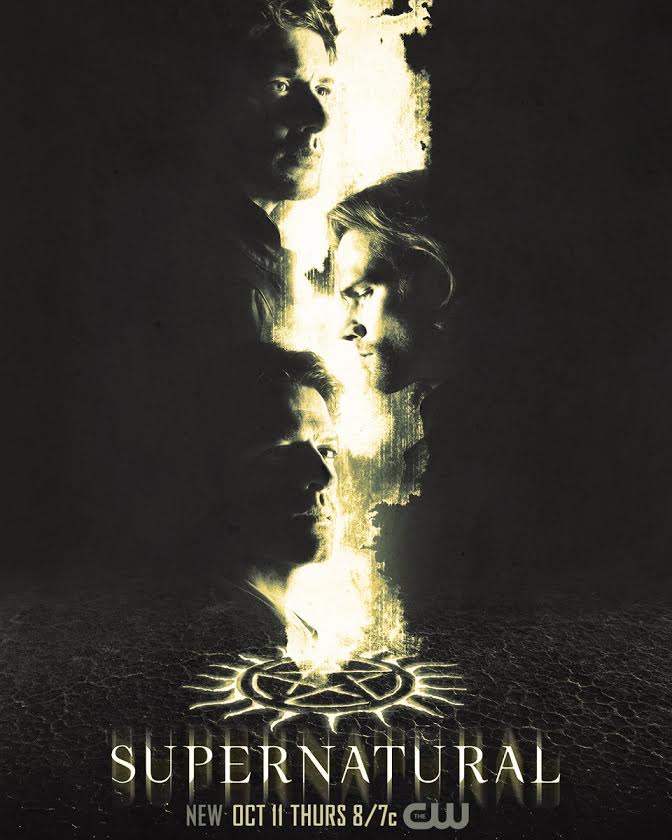 Supernatural is an American dark fantasy television series created by Eric Kripke. It was first broadcast on September 13, 2005, on The WB, and subsequently became part of successor The CW’s lineup. Starring Jared Padalecki as Sam Winchester and Jensen Ackles as Dean Winchester, the series follows the two brothers as they hunt demons, ghosts, monsters, and other supernatural beings. The series is produced by Warner Bros. Television, in association with Wonderland Sound and Vision. Along with Kripke, executive producers have been McG, Robert Singer, Phil Sgriccia, Sera Gamble, Jeremy Carver, John Shiban, Ben Edlund and Adam Glass.
The pilot was viewed by an estimated 5.69 million viewers, and the ratings of the first four episodes prompted The WB to pick up the series for a full season. Originally, Kripke planned the series for three seasons but later expanded it to five. The fifth season concluded the series’ main story line, and Kripke departed the series as showrunner. The series has continued on for several more seasons with new showrunners, including Sera Gamble, Jeremy Carver, Robert Singer and Andrew Dabb. With its eleventh season, Supernatural became the longest-running American live-action fantasy TV series.
Catch Supernatural on The CW Thursdays at 8:00 pm (ET)!! 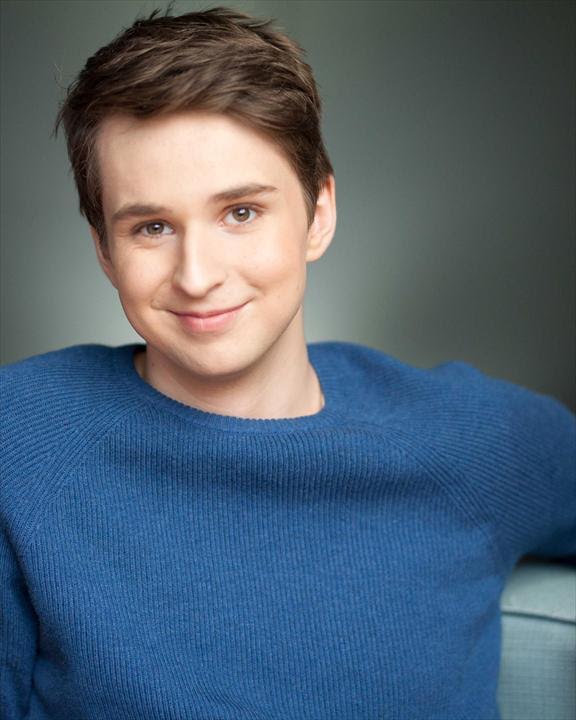 Grayson Gurnsey has been busy filming a recurring role on Season 1 of Virgin River.

Netflix is making a push into the romance drama space, giving a 10-episode series order to Virgin River. The series is based on author Robyn Carr’s novels, which span 20 books and have sold more than 13 million copies. Sue Tenney (Good Witch, Cedar Cove) is showrunner and executive produces with Reel World Management’s Roma Roth and Chris Perry.

Breckenridge (This Is Us) will play Melinda Monroe, a woman desperate to move on from her painful past who relocates from Los Angeles to the small, remote Northern California town of Virgin River and takes a job as a nurse practitioner. While there, she realizes that small town living isn’t always simpler and that she must face her past to be able to truly call Virgin River her home. 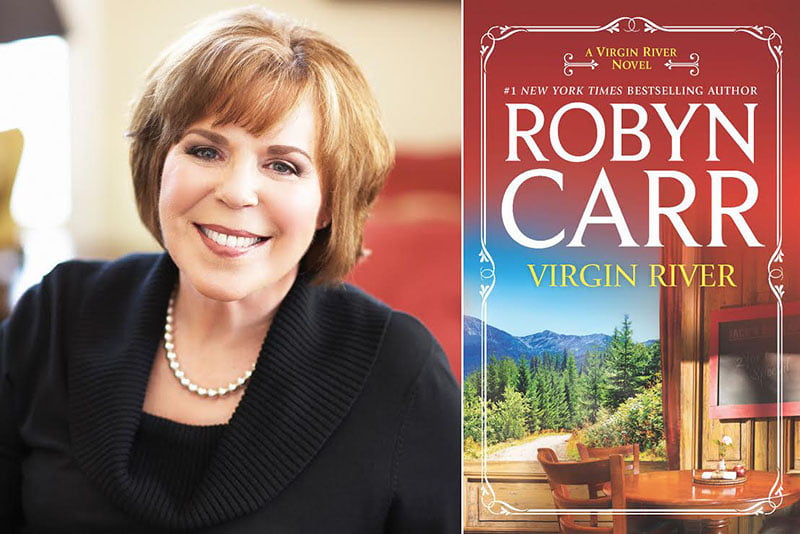 Henderson (Grey’s Anatomy) plays Jack Sheridan, a former Marine commander who moved to Virgin River after leaving the corps in search of a more peaceful life. Matheson (The Good Fight, Hart of Dixie) plays the town’s sole doctor, who does not look kindly on working with anyone, let alone Melinda; and O’Toole (Halt and Catch Fire, Smallville) is the town’s brash and blunt mayor. 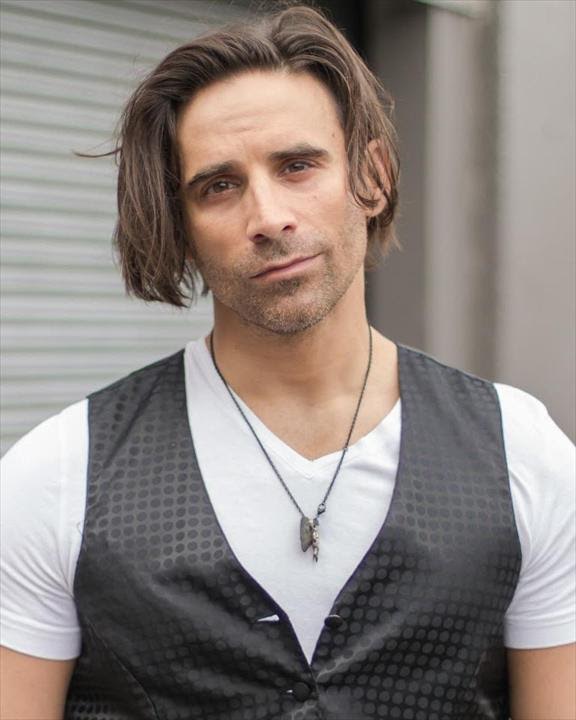 Written by Remender and Miles Orion Feldsott, who will also serve as executive producers alongside Joe Russo, Anthony Russo, and Mike Larocca. 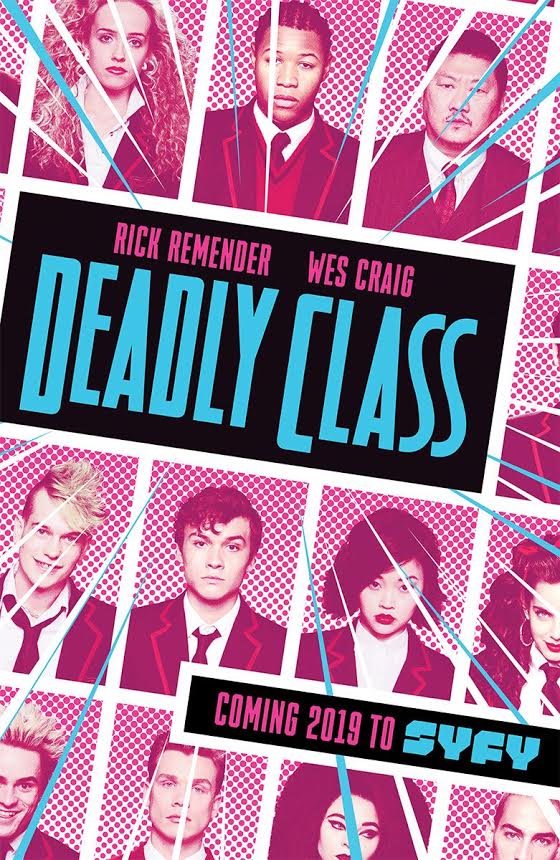 Synopsis – Set in a dark, heightened world against the backdrop of late ‘80s counterculture, DEADLY CLASS follows the story of Marcus (Benjamin Wadsworth), a teen living on the streets who is recruited into Kings Dominion, an elite private academy where the world’s top crime families send their next generations. Maintaining his moral code while surviving a ruthless curriculum, vicious social cliques and his own adolescent uncertainties soon proves to be vital. Based on the best-selling 2014 Image Comics graphic novel by Rick Remender and Wes Craig, DEADLY CLASS is a coming-of-age journey full of ancient mystery and teen angst. 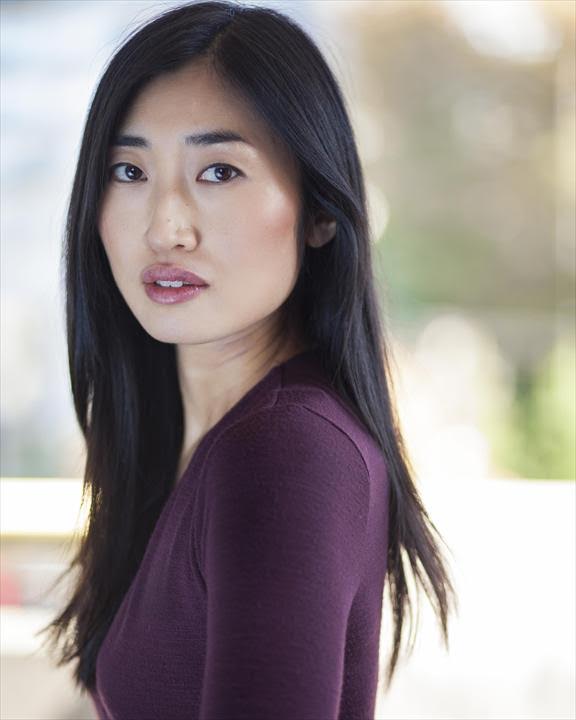 Yuki Morita has booked a role which will film in the new year on Episode #201 of AMC’s The Terror.

AMC has announced that the network’s critically acclaimed first anthology series, The Terror, has been renewed. A 10-episode second season is slated to air in 2019.
The American horror drama television series  premiered on AMC on March 25, 2018. The series is named after Dan Simmons’ 2007 best-selling novel, a fictionalized account of Captain Sir John Franklin’s lost expedition to the Arctic in 1845–1848, which serves as the basis for the series’ first season.
The next iteration will be set during World War II and centers on an uncanny specter that menaces a Japanese-American community from its home in Southern California to the internment camps, and to the war in the Pacific. 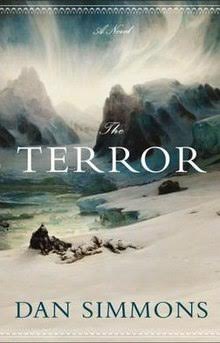 The second season will also once again be executive-produced by legendary filmmaker Ridley Scott. It has been co-created by Alexander Woo (True Blood) and Max Borenstein (Kong: Skull Island, Godzilla), with the duo also executive producing alongside Ridley Scott.
The second season will star George Takei (Star Trek), who also serves as a consultant on the series, and Derek Mio (Hawaii Five-0) as Chester Nakayama. Rounding out the cast are Kiki Sukezane (“Lost in Space”) as Yuko, a mysterious woman from Chester’s past; Miki Ishikawa (9-1-1) as Amy, a Nakayama family friend; Shingo Usami (Unbroken) as Henry Nakayama, Chester’s father; and Naoko Mori (Everest) as Asako Nakayama, Chester’s mother.
This season of The Terror uses as its setting one of the darkest, most horrific moments in our nation’s history. The Japanese-American internment is a blemish on the nation’s conscience — and one with dire resonance to current events.” 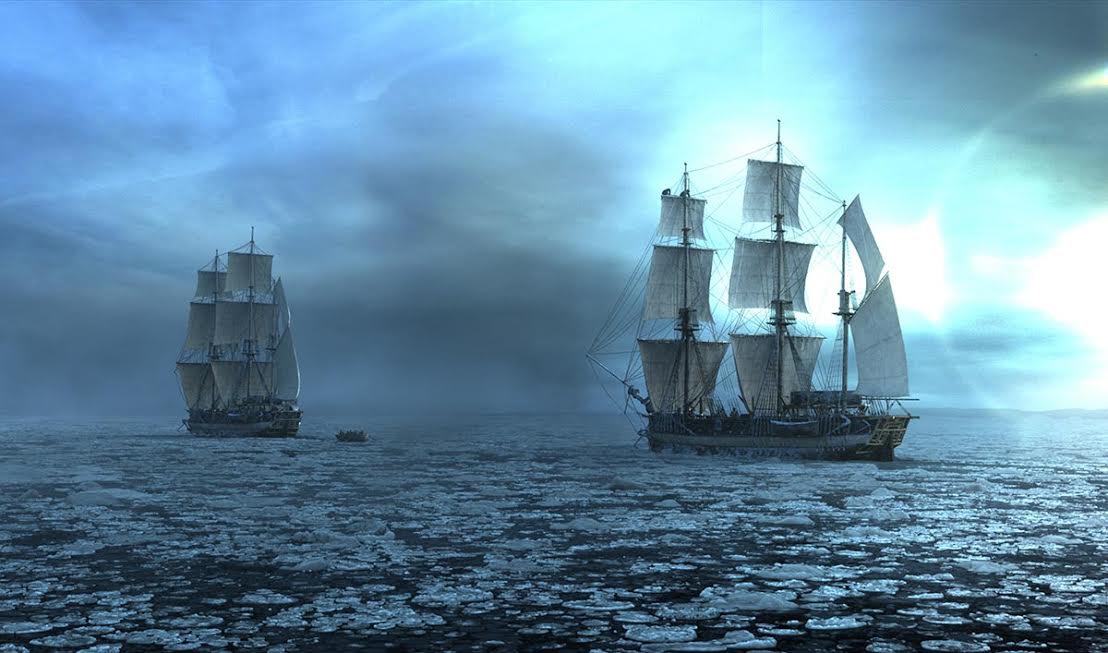 Don’t miss the delightful Kiara Malcolm in Lifetime’s “The Christmas Pact”, Tonight on Lifetime In the US and in Canada this Friday Dec 7th.
Sneak Preview:
https://www.facebook.com/lifetime/videos/the-christmas-pact-sneak-peek/215561542672661/
Trailer:
https://ljsp.lwcdn.com/api/video/embed.jsp?id=260d32ca-820f-4acb-893b-d725cefc0a0c&pi=e3e4b36a-e779-42e0-b611-b4a83fd8e081
Canadian Premiere:
https://www.newswire.ca/news-releases/super-channel-heart–home-christmas—canadas-destination-for-christmas-movie-viewing-694257331.html 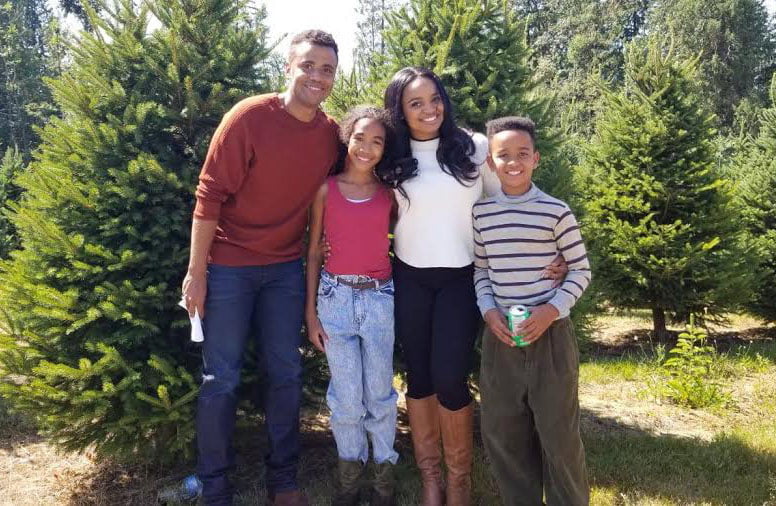 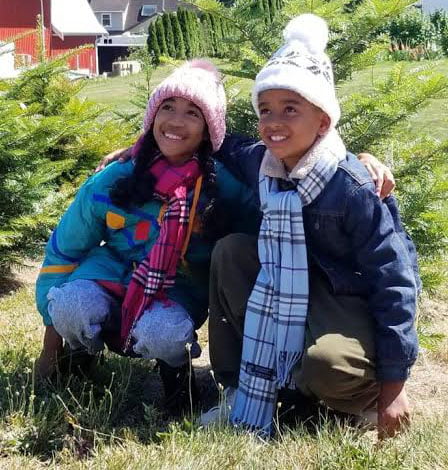 Can best friends fall in love? That’s the question next door neighbors Sadie (Kyla Pratt) and Ben (Jarod Joseph) will answer as they keep the spirit of Christmas and the magic of their childhood pact alive. When they were eight years old, they planted a scrawny 3-foot tall Christmas tree behind their church and the Christmas Pact began. But as life gets in the way the pact is threatened to be broken. Ben and Sadie need some Christmas Magic to recommit to each other and promise to keep their special holiday traditions. With each Christmas that passes by, Ben and Sadie’s Christmas tree grows taller and stronger; and so does their love. The pact bearing fruit to the magic of Christmas and the undeniable answer. Yes, friends can fall in love!”