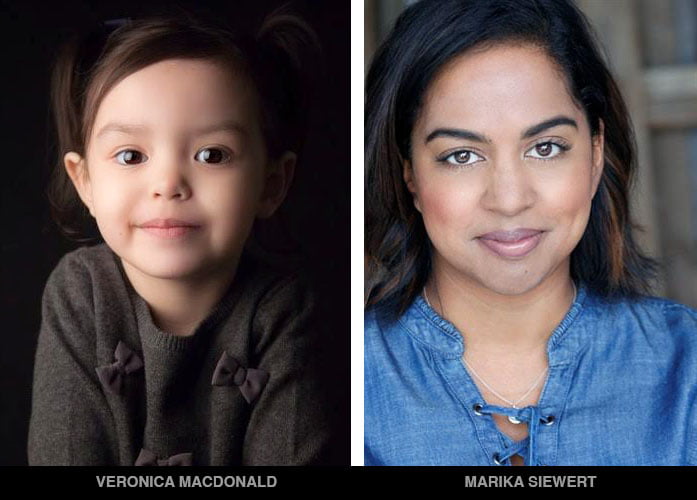 Both Marika Siewert and Veronica Macdonald will be featured in an American Family Insurance commercial in the spot “See You Later”.

For US Broadcast & Internet. 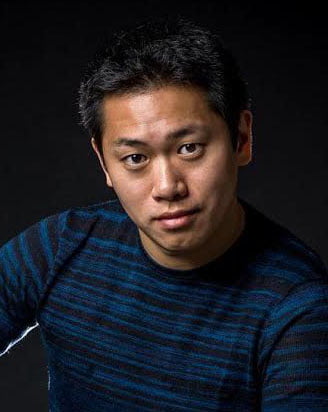 Mike Li has booked a role in the independent film called Four Walls to be filmed in late spring early summer 2018.

Producers: Devon Kuziw, Maarten Bayliss, Darcy Richard Touhey
Director: Darcy Richard Touhey
Writer:  Darcy Richard Touhey
Synopsis:
It is focused on human connection and the beginnings and ends of various types of relationships within our lives. The film focuses on 17 lead characters (and a dog) over the course of 24 hours. With a varied cast of extremely talented performers and a story that lies somewhere between a comedy and a drama, grounded but with a spark of cinematic magic, there is something for everyone to enjoy.
Trailer/About the film:
https://vimeo.com/255671202 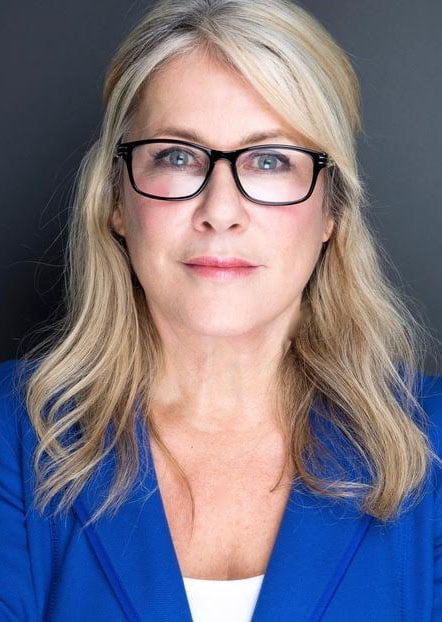 STORY LINE:
Interim school superintendent EVE MORGAN returns to her hometown at Christmastime to help get the school budgets back in the black. That will mean making some painful budget cuts, and Eve fears that soon she’ll be known as not only the person who got rid of the music department, but also “the person who canceled Christmas.”…

TEASER:
This December, singer-songwriter LeAnn Rimes, 35, will make her Hallmark movie debut in It’s Christmas, Eve. In this exclusive sneak peek, we get to see a flirty moment between LeAnn’s character, superintendent Eve Morgan, and her love interest, music teacher Liam, played by Tyler Hynes.


The movie will follow Eve’s adventures as she tries to save the music department in her hometown’s high school with a little help from Liam, the school’s music director.

Back in April, the network revealed that LeAnn wrote three original holiday songs for the film, two of which—”It’s Christmas Eve” and “You and Me and Christmas“—she’ll sing in the movie.

The sweet film will be just one of the 34 Christmas movies airing on the network and its sister channel, Hallmark Movies & Mysteries, starting on October 27, 2018. 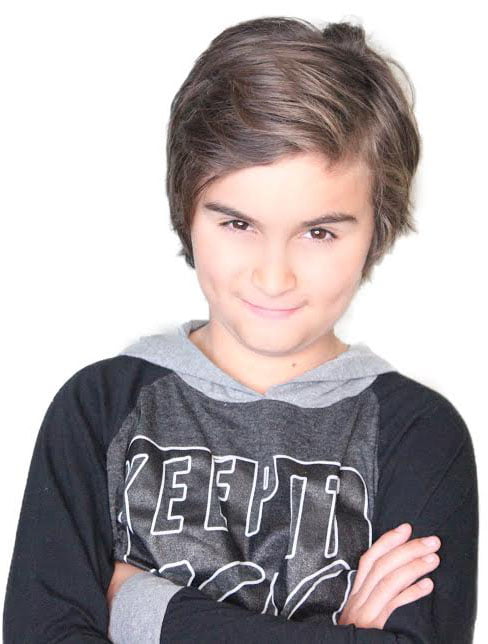 A Million Little Things, whose title stems from the popular adage,”Friendship isn’t a big thing – it’s a million little things,” is described as being in the tone of The Big Chill. The hour-long drama with comedy elements is about a group of friends who, for different reasons and in different ways, are all stuck in their lives, but when one of them dies unexpectedly, it’s just the wake-up call the others need to finally start living. 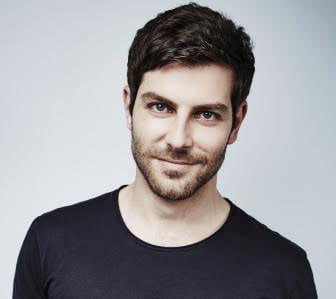 Former Grimm star David Giuntoli will play Eddie, the former front man of a local band turned music teacher and stay-at-home dad. His marriage is in trouble, and although he loves being a dad, he wonders what his life would have been like had he made different choices. DJ Nash penned the script and executive produces with Kapital Entertainment’s Aaron Kaplan and Dana Honor. 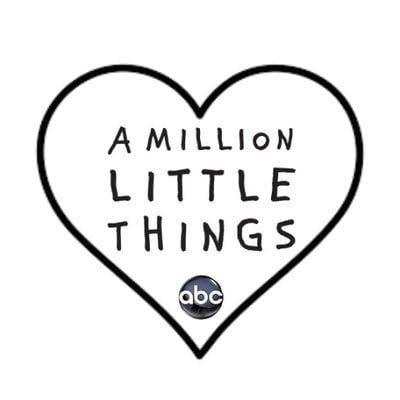 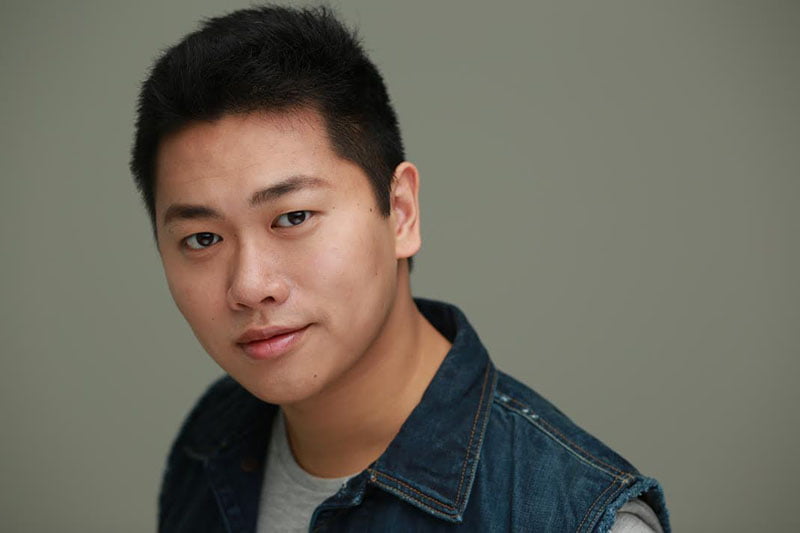 Mike Li has wrapped episodes #201 and #204 of his recurring role on the second season of the CBS drama series Salvation.

The sophomore run of the sci-fi series Salvation will premiere at 9 PM Monday, June 25 for a 13-episode run.

In Season 2, the world has learned about the impending threat of an asteroid on a collision course with earth. The question is: will the truth bring out the best in humanity — or the worst? Santiago Cabrera, Jennifer Finnigan, Charlie Rowe, Jacqueline Byers, Rachel Drance and Ian Anthony Dale star in the series. 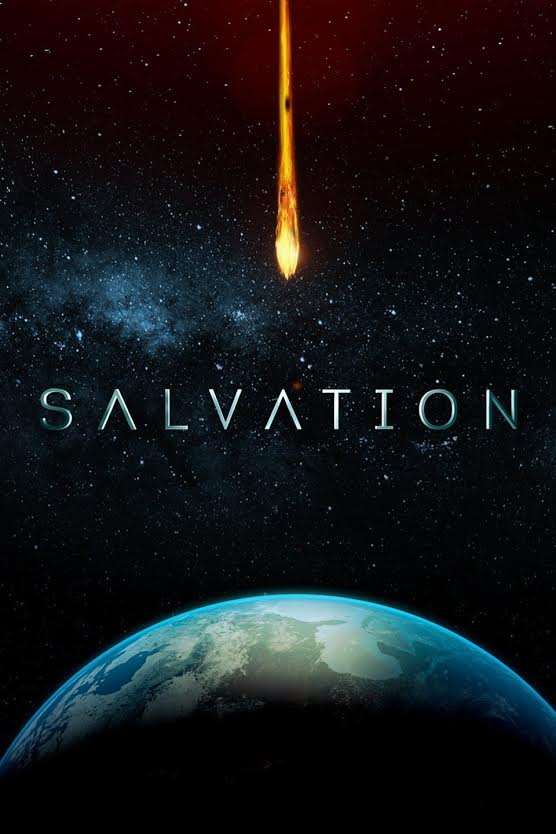 Synopsis:
When it is discovered that an enormous asteroid is just six months away from colliding with Earth, MIT grad student Liam Cole and tech billionaire Darius Tanz team up to save humanity from this impending apocalypse — without ever alerting the public. As part of the project, Darius recruits an aspiring sci-fi writer, Jillian, to work on a theoretical approach to saving humanity. While they try to save the world their way, the government has its own approach, with Deputy Secretary of Defense Harris Edwards spearheading the top-secret plan to deflect the asteroid.
Season 1 Trailer: https://www.youtube.com/watch?v=s-FSPFbAmOA 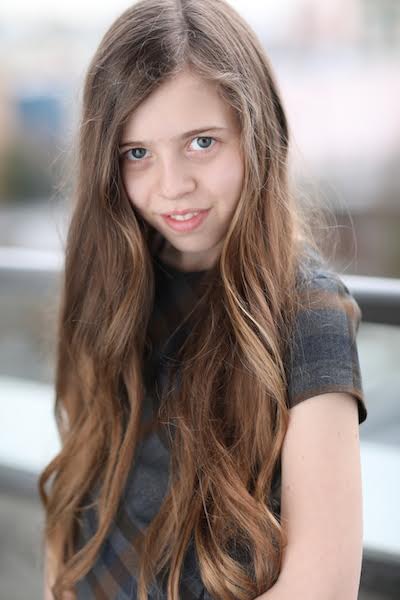 Bracken Hanke has finished filming on Lifetime’s remake of the classic 1956 film “The Bad Seed“.

Rob Lowe (The Outsiders, Parks and Recreation) is directing and starring in the remake of the Oscar nominated thriller. Lowe will play the father of a young daughter who is the personification of evil. The parent’s gender is being switched from the ’56 feature version, where it was played by Nancy Kelly, This cult psychological horror remake is penned by Barbara Marshall (Wish Upon) based on a best-selling novel by William March that was adapted to a long-running Broadway play.

Up-and-coming actress Mckenna Grace (Designated Survivor, Fuller House) will portray the daughter, Emma. In the 1956 version, that role was played by Patty McCormack who will actually be returning for the remake. This time around she’ll be playing Emma’s psychiatrist. 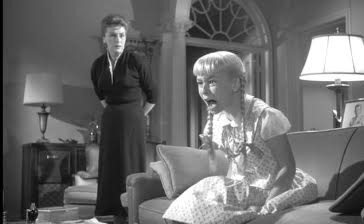 Synopsis:
Lowe will star as a father who seems to have everything under control. But when a terrible tragedy takes place at his daughter (McKenna Grace) Emma’s school, he is forced to question everything he thought he knew about his beloved girl. He slowly begins to question if Emma’s exemplary behaviour is just a facade and whether she played a role in the horrific incident. When more strange things begin to happen, he’s faced with keeping a terrible secret to protect Emma, but ultimately must stop her from striking again. 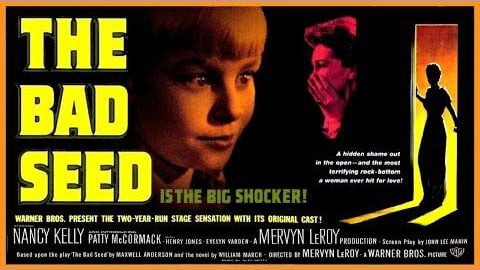 Bad Seed will continue filming in Vancouver and British Columbia until March 30th and it premieres on September 9th on the Lifetime channel. 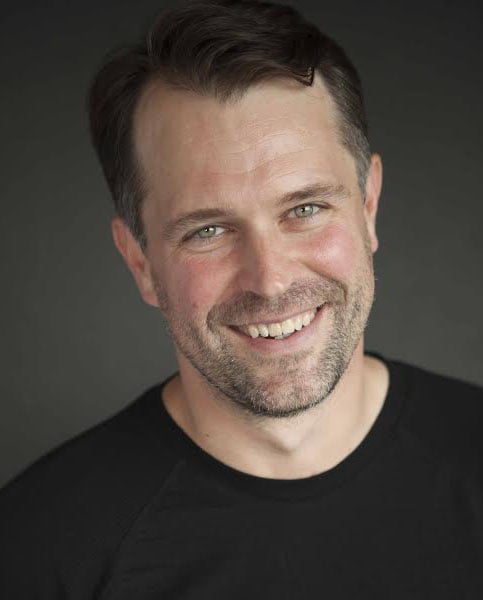 Anthony Ames has booked a role on Lifetime’s MOW Love Under The Rainbow / AKA Rainbows in Spring.

Producer(s): Oliver de Caigny, Tim Johnson
Director: Tony Dean Smith
Writer: Kirsten Hansen
Storyline:
Lucy is a 3rd grade teacher whose love life is as grey as her colour palette, when all she longs for is a real family. Jack is a widowed single dad new to town for work with his daughter Sophie. Not exactly a cute meet but Jack and Lucy keep finding themselves together once Sophie enters Lucy’s class. Though they aren’t trying to get together, there are definite sparks, and it seems like everything under rainbow is conspiring for them to be. Maybe it’s fate, maybe it’s destiny. 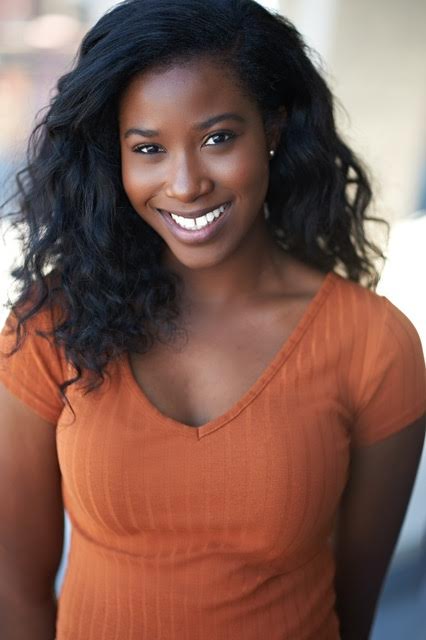 Naika Toussaint has finished shooting a RECURRING GUEST role on the final season of ABC’s hit show Once Upon A Time – episode #719 & #720.

The ABC series which is currently in its seventh season, will end its run with the current season according to Variety. Filming began on July 6, 2017 and lasted until April 6 2018.

The seventh season of the American ABC fantasy-drama Once Upon a Time was ordered on May 11, 2017. It consists of 22 episodes, airing on Fridays, having premiered on October 6, 2017.

This season marked a significant change for the series, as it was announced at the end of the sixth season that the majority of the main cast members would not be returning for season 7. Lana Parrilla, Colin O’Donoghue, and Robert Carlyle were the only ones remaining. Andrew J. West and Alison Fernandez were announced as new regulars in May 2017. Dania Ramirez and Gabrielle Anwar were announced as additional regulars in July 2017. In August 2017, it was announced that Mekia Cox had been promoted to series regular after initially joining the cast in July as recurring. 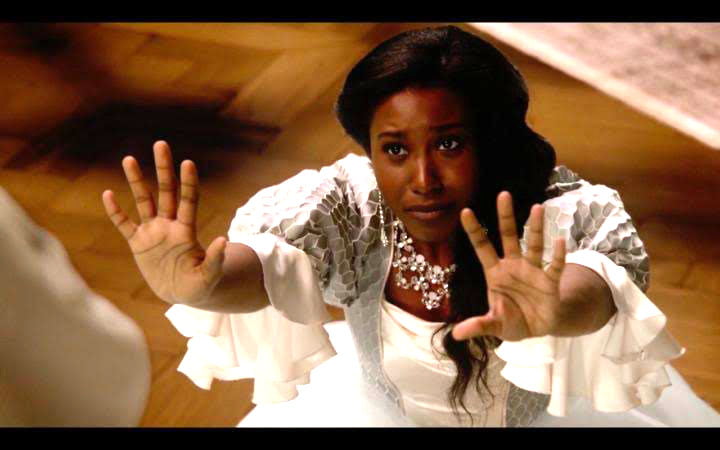 The storyline was softly rebooted with a main narrative led by an adult Henry Mills, set several years after last season’s events. In February 2018, it was announced the seventh season would serve as the final season of the series. 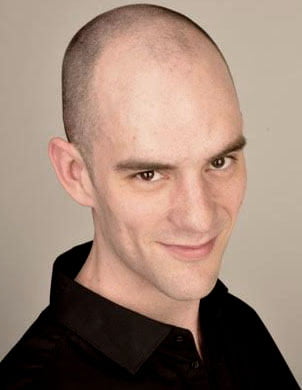 The Disney-owned network, following a lengthy casting search, has handed out a straight-to-series order for Take Two, a procedural starring Rachel Bilson and Eddie Cibrian from Castle creators Andrew Marlowe and his producing partner (and wife), Terri Edda Miller.

The drama hails from Tandem Productions, StudioCanal and ABC Studios in what is said to be a groundbreaking co-production structure. The series has been prepackaged with worldwide rights and will air on ABC in the U.S., RTL/Vox in Germany and France Television in France. StudioCanal will serve as the lead studio. ABC Studios affiliate Disney Media Distribution will handle international sales.

Premise:
The series will centre on Sam (Bilson), a former star of a hit cop series fresh out of rehab, and Eddie (Cibrian), a private investigator. They team up to solve crimes, with Sam doing the job as research for a potential comeback role.

In an interesting spin on the crime genre, Take Two follows the unusual partnership between the pair. Eddie is a private investigator who prefers to work on his own, and Sam’s only experience comes from the couple-hundred episodes of a hit cop TV show she starred in. Despite Eddie’s initial resistance, he allows Sam to shadow him in order to help her research for a new role to restart her career. To his surprise, Sam actually ends up being a big asset in a high-profile case. The attention the duo get from the media ends up sending a wave of new clients their way.

Bilson was most recently seen playing Alyssa Green in Season 5 of CMT’s hit country music drama Nashville. She also starred as Dr. Zoe Hart in four seasons of The CW’s Hart of Dixie, and appeared in Drunk History. Cibrian played Jesse Cardoza in CSI: Miami and most recently was a series regular on Rosewood. 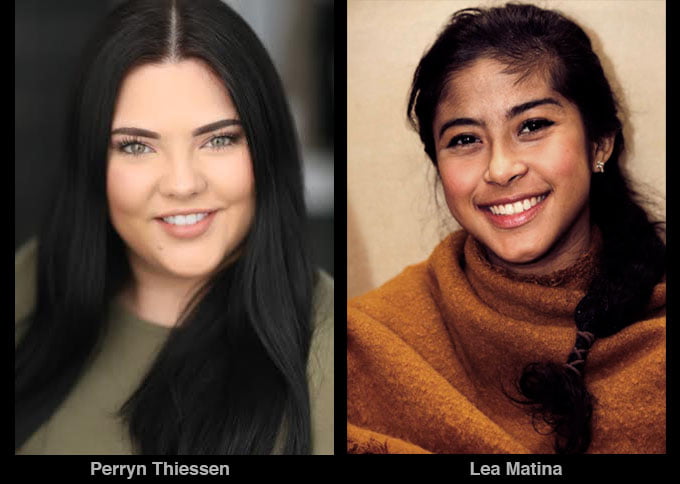 Perryn Thiessen and Lea Matina will both be busy filming a role this month on Sacred Lies – an upcoming American drama web television series that is set to premiere with a first season of ten episodes on Facebook Watch. 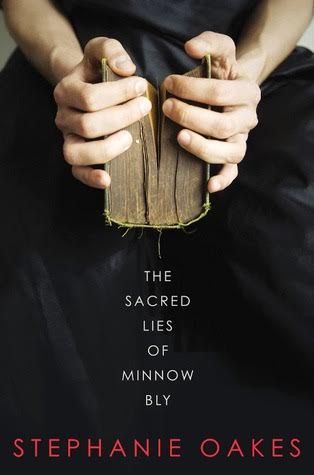 On January 16, 2018, Facebook announced that they had given the production a series order consisting of a first season of ten half-hour episodes. The series is set to be written by Raelle Tucker who will also executive produce alongside Scott Winant, Jason Blum, Marci Wiseman, and Jeremy Gold. Tucker is also set to act as the series’ showrunner and Winant will direct the first two episodes. Production companies involved in the series include Blumhouse Television, a subsidiary of independent film company Blumhouse Productions.

The project reunites Tucker and Winant who previously worked together on True Blood. Winant, who won two best directing Emmys for Thirty Something along with earning seven Emmy nominations, served as director on all seven seasons of True Blood, while Tucker served as a writer-executive producer on the first six.

Story:
Based on the classic Grimm Brothers tale The Handless Maiden, and Stephanie Oakes’ novel The Sacred Lies of Minnow Bly, and adapted and updated by Tucker, Sacred Lies is about a handless teen who escapes from a cult and finds herself in juvenile detention, suspected of knowing who killed her cult leader.

“This a young female protagonist we’ve never seen on screen before,” said Tucker. “She’s complex, brave, funny…and sometimes dangerous. And she has no hands. But she refuses to let that, or her bizarre, brutal past define her or limit her. That’s the message of our series: no matter what life throws at you – ultimately only you have the power to decide what you believe and what you become. 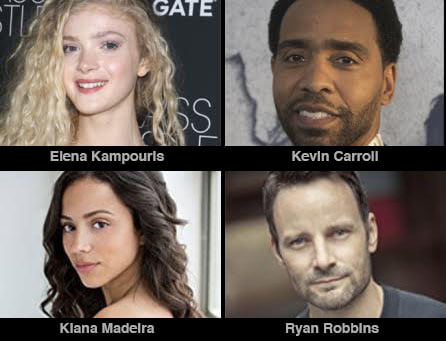 Toby Huss also joined the main cast in a series regular role and Katrina Law and Leah Gibson had been cast in recurring roles.