CONGRATULATIONS TO ALL OUR JOEY AWARD NOMINEES!! 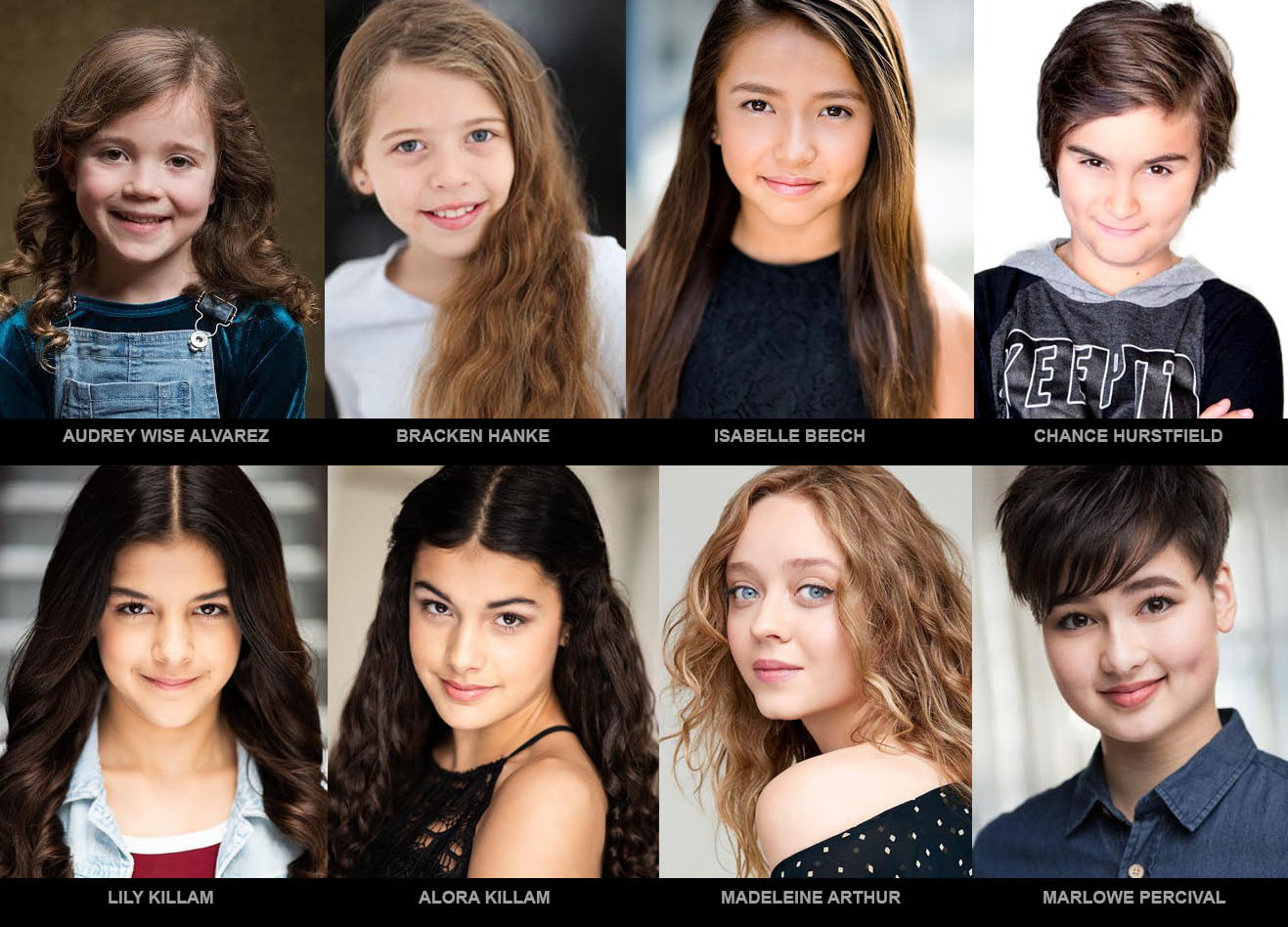 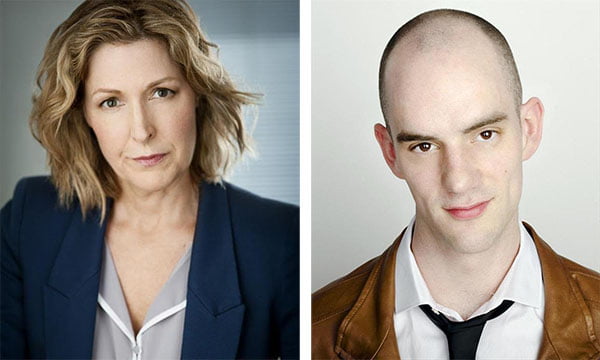 Season 5 is a go! CW has given a fifth season to fan-favorite zombie-comedy series iZombie which will be it’s last.

The show about an undead morgue attendant who assumes the personality of whichever brain she is eating and uses it to solve murders is one of the most consistently delightful shows on television.

Olivia “Liv” Moore (Rose McIver) was a rosy-cheeked, disciplined, over-achieving medical resident who had her life path completely mapped out…until the night she attended a party that unexpectedly turned into a zombie feeding frenzy. As one of the newly undead, Liv is doing her best to blend in and look as human as possible. 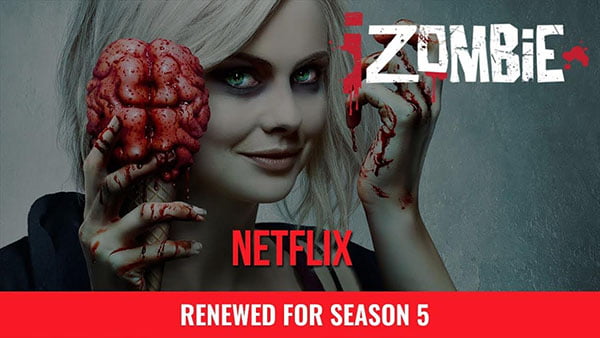 The show, which is based upon characters created by Chris Roberson and Michael Allred, and published by DC Entertainment’s Vertigo, is rumored to return during the midseason schedule. 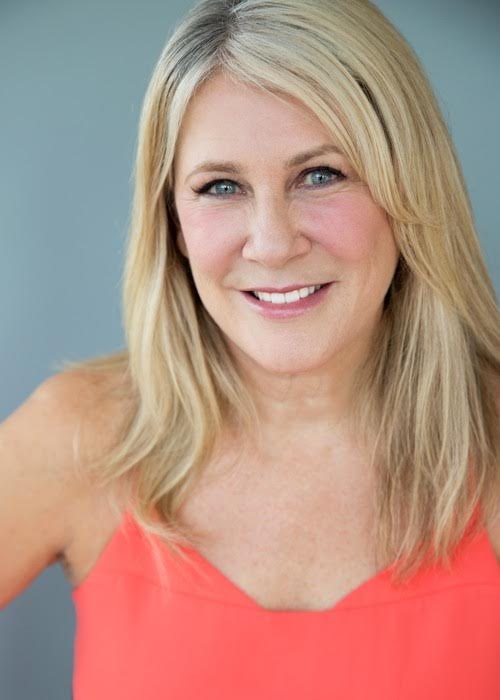 Deborah Finkel is shooting a role on Episode #409 of DC’s Legends of Tomorrow.

The fourth season of the American television series Legends of Tomorrow, which is based on characters from DC Comics, will premiere on The CW on October 22, 2018 and is set to consist of 16 episodes. The season follows the Legends, a dysfunctional team of time-traveling superheroes and anti-heroes, and their mission to recapture the magical fugitives that they accidentally released throughout time. It is set in the Arrowverse, sharing continuity with the other television series of the universe, and is a spin-off of Arrow and The Flash. The season is produced by Berlanti Productions, Warner Bros. Television, and DC Entertainment, with Phil Klemmer and Keto Shimizu serving as showrunners. 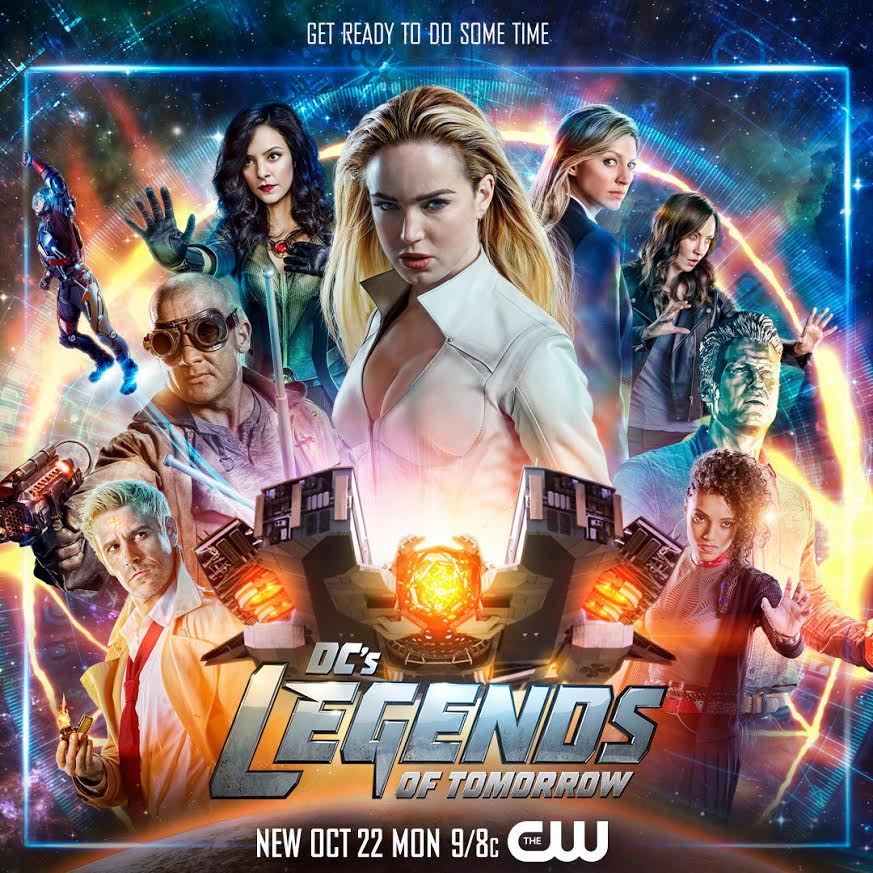 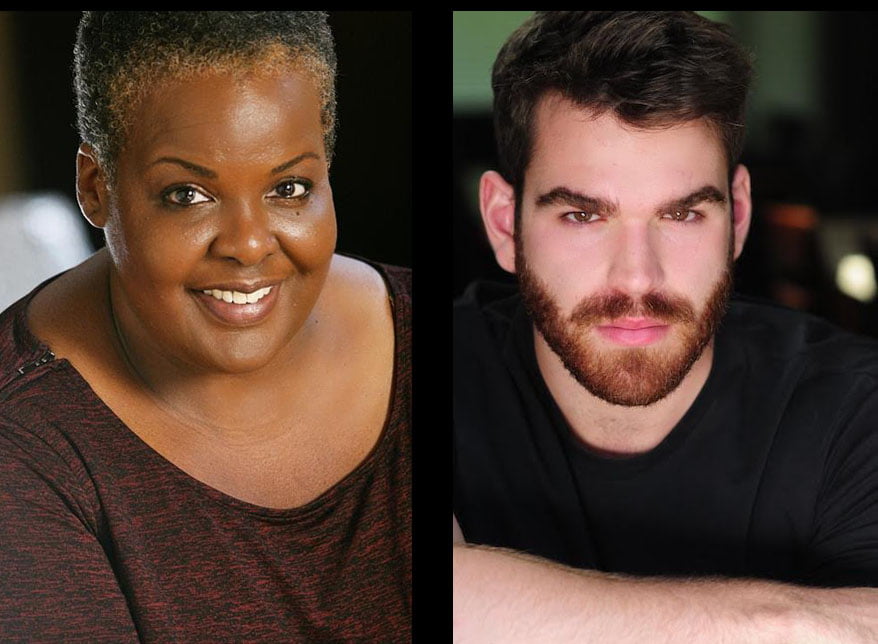 Gigi Jackman has just finished and Kurt Ostlund will be busy filling a role this month on the Lifetime movie Blue Esme.

Alex Kalymnios is directing the project from a screenplay by Anthony Jaswinski. Kalymnios previously helmed the cable network’s tele-picture Cleveland Abduction in 2015.

Inspired by the HBO documentary Mommy, Dead And Dearest, Blue Esme tells the harrowing true story of young Esme Stoller, a victim of Munchausen Syndrome by Proxy whose mother, in a perverse and twisted effort to gain love and attention, manipulated her daughter into believing she was sick and in constant need of medical intervention.

“It’s a shocking tale of a mother and daughter who are nothing like they seem, their tumultuous relationship ending in a brutal murder,” a press release said. “Camile and Esme are well-known in their community — Esme as the sickly, child-like wheelchair-bound daughter, and Camile as the perfect caretaker and mother. They seem a perfect pair until Camile is found stabbed to death in her home, and Esme has vanished, believed to be kidnapped by the killer. But when Esme is found, a terrible secret emerges.” 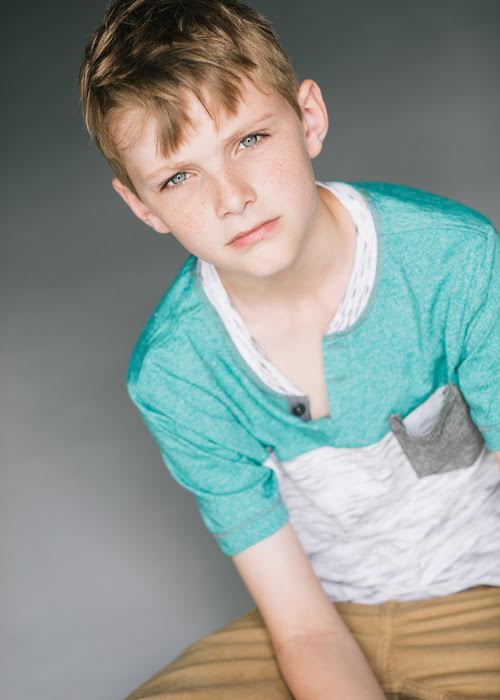 Preston Barkwell has finished filming a role in Lifetime’s movie Blue Esme AKA Love You To Death.

Academy award-winning actress, Marcia Gay Harden, will star in the Lifetime film, Blue Esme. Alex Kalymnios is directing the project based on a screenplay by Anthony Jaswinski. Love You to Death is produced by Sony Pictures Television and Davis Entertainment Television and executively produced by Jordan Davis and John Davis.

Inspired by the HBO documentary Mommy, Dead And Dearest, Blue Esme tells the harrowing true story of young Esme Stoller, a victim of Munchausen Syndrome by Proxy whose mother, in a perverse and twisted effort to gain love and attention, manipulated her daughter into believing she was sick and in constant need of medical intervention. 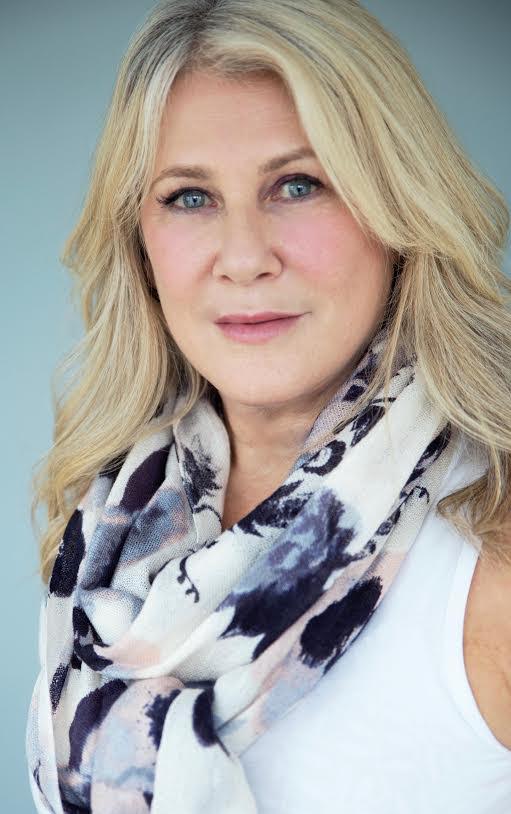 
The Good Doctor is an American medical drama television series based on the 2013 award-winning South Korean series of the same name. The show is produced by Sony Picture Television and ABC Studios. It follows Dr. Shaun Murphy, a young surgeon with autism and savant syndrome, relocates from a quiet country life to join the prestigious St. Bonaventure hospital’s surgical unit. Alone in the world and unable to personally connect with those around him, his only advocate, Dr. Aaron Glassman, challenges the skepticism and prejudices of the hospital’s board and staff when he brings him in to join the team. Shaun will need to work harder than he ever has before, as he navigates his new environment and relationships to prove to his colleagues that his extraordinary medical gifts will save lives.

In March 2018, ABC renewed the series for a second season, which premiered on September 24, 2018. The medical drama has been the undisputed freshman hit of the 2017-2018 season. It is currently averaging a 1.8 rating in adults 18-49 and 9.8 million viewers per episode in the Nielsen Live+Same Day ratings, making it the second highest-rated show on ABC, behind only “Grey’s Anatomy.”

Catch The Good Doctor Mondays at 10/8 MT on CTV 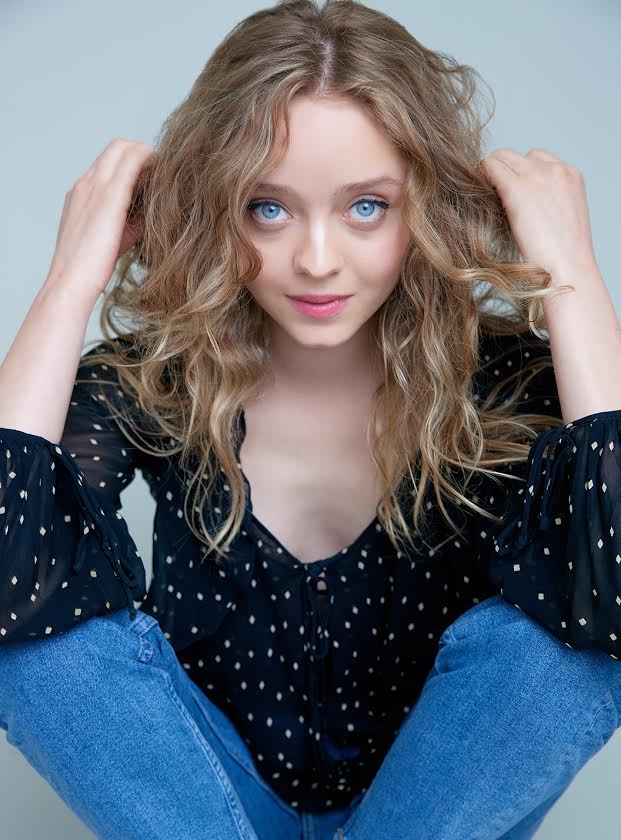 Madeleine Arthur is busy filming a recurring role on the TNT series Snowpiercer.
.

It’s based on the 1982 French graphic novel by Jacques Lob (writer) and Jean-Marc Rochette – La Transperceneige.

The book was originally adapted into a movie directed by Bong Joon-Ho (The Host) and starred Tilda Swinton and Chris Evans.


Snowpiercer is set seven years after the world has become a frozen wasteland, It centers on the remnants of humanity, who inhabit a gigantic, perpetually-moving train that circles the globe.

Class warfare, social injustice and the politics of survival are questioned in this riveting television adaptation.

Snowpiercer will explore those relevant issues while embarking on a wild, action-filled ride. 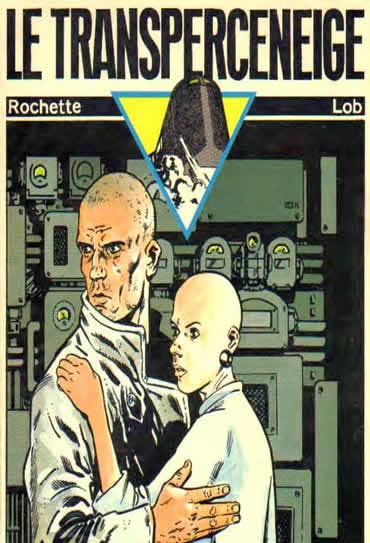 The Alienist, Black Mirror director James Hawes has come on to direct the reshoots for the Snowpiercer TV pilot. Hawes will also serve as a co-executive producer on the show.

Hawes is taking over for Scott Derrickson, who directed the Snowpiercer pilot from a script written by former showrunner Josh Friedman who exited the show amidst creative differences.

The new showrunner is Graeme Manson who achieved acclaim as the co-creator/writer/executive-producer of BBC America’s 2013-2017 thriller series, Orphan Black, took over the show in February, following Friedman’s departure. 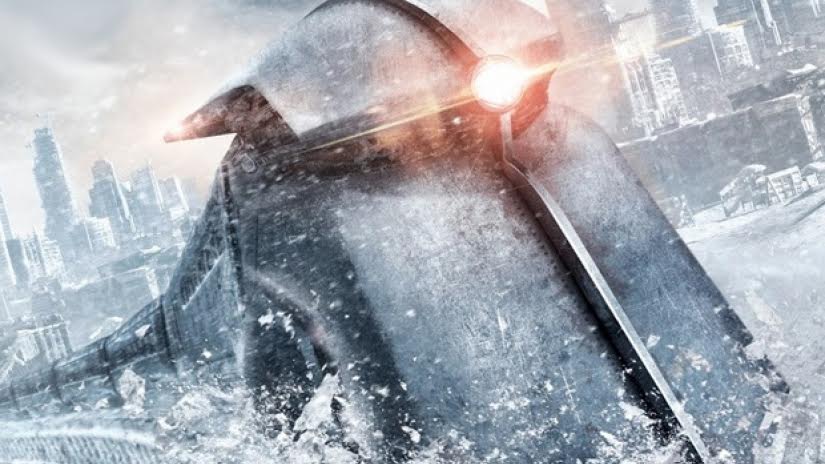 It is a co-production of Tomorrow Studios and Turner’s Studio T, along with CJ Entertainment. The series is executive produced by Tomorrow Studios’ Marty Adelstein and Becky Clements; and the original film’s Bong Joon Ho, Park Chan-wook, Lee Tae-hun and Dooho Choi. 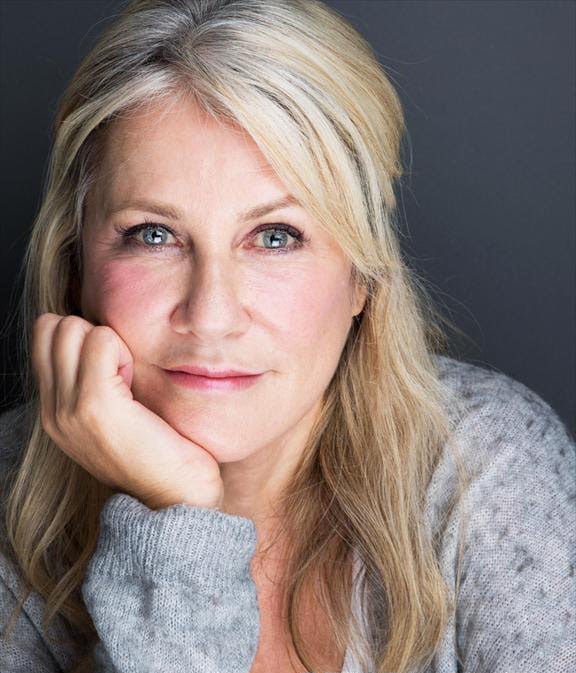 Deborah Finkel is busy filming a role on the SyFy pilot Resident Alien a drama based on the Dark Horse comics series “Resident Alien” by Peter Hogan and Steve Parkhouse.

Resident Alien is described as a dark, twisted and comedic fish-out-of-water story. Adapted for television by Chris Sheridan (Family Guy), it follows a crash-landed alien named Harry who, after taking on the identity of a small-town Colorado doctor, slowly begins to wrestle with the moral dilemma of his secret mission on Earth — ultimately asking the question, “Are human beings worth saving?”

Alan Tudyk (Con Man, Rogue One: A Star Wars Story) is set to star in the title role.  In addition, Sara Tomko (Sneaky Pete), The Closer alum Corey Reynolds, Alice Wetterlund (Silicon Valley) and Levi Fiehler (Mars) are set to round out the series regular cast. 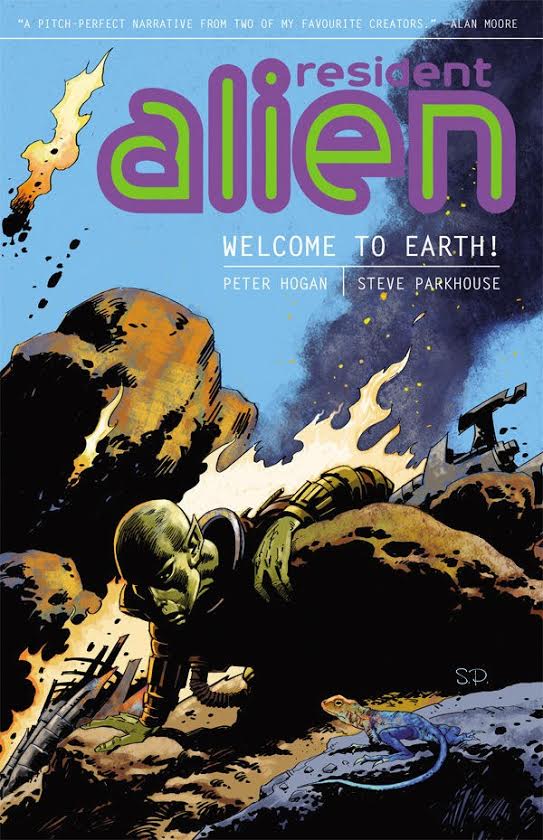 Sheridan will executive produce with Dark Horse Entertainment’s Mike Richardson (The Mask) and Keith Goldberg (The Legend of Tarzan), along with Justin Falvey (The Americans) and Darryl Frank (The Americans) of Amblin TV (the television branch of Steven Spielberg’s production company).

Universal Cable Productions is producing as part of its first-look deal with Dark Horse Entertainment to develop and produce scripted programming from publisher’s comic book library, as well as create new original material. 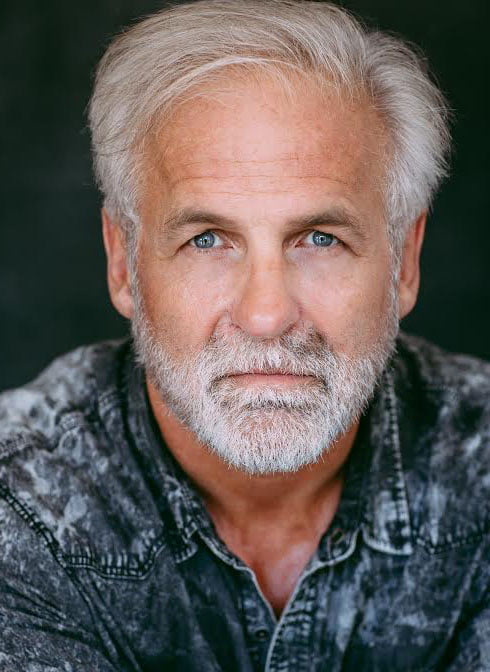 Rob Hakesley books role of “Victim” in Market Masters Legal, a commercial for Law Firms in US & Canada.

USAGE:
Regional, broadcast or cable TV & in the United States or Canada, and Internet 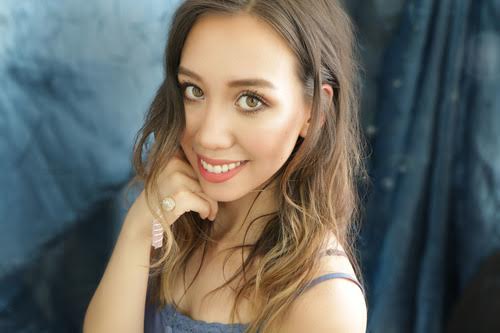