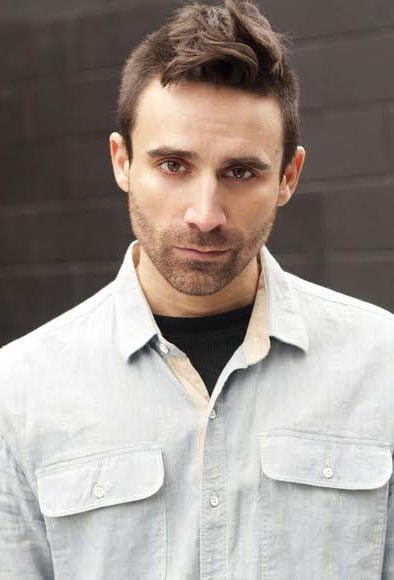 Mark Wynn Sweatman has booked a recurring role in The Flash
Season 4.

The Flash is an American television series developed by Greg Berlanti, Andrew Kreisberg and Geoff Johns, airing on The CW. It is based on the DC Comics character Barry Allen / Flash, a costumed superhero crime-fighter with the power to move at superhuman speeds. It is a spin-off from Arrow, existing in the same fictional universe. The series follows Allen, portrayed by Grant Gustin, a crime scene investigator who gains super-human speed, which he uses to fight criminals, including others who have also gained superhuman abilities. On January 8, 2017, The CW renewed the show for a fourth season,[1] which is scheduled to debut on October 10, 2017 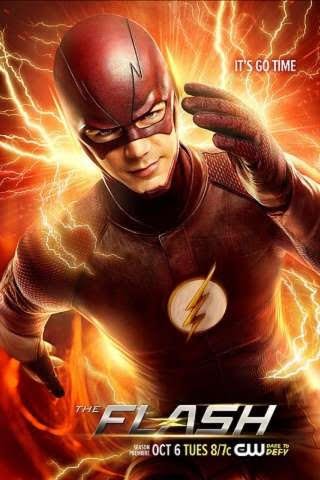 After being struck by lightning, Barry Allen wakes up from his coma to discover he’s been given the power of super speed, becoming the Flash, fighting crime in Central City. 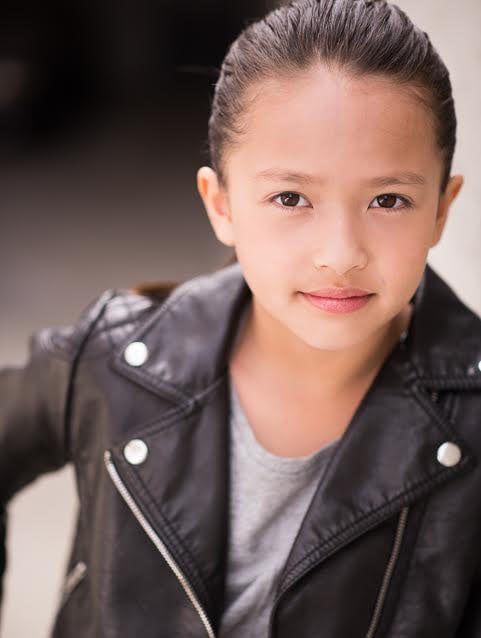 Isabelle Beech is busy filming a role in the upcoming Teen Rom-Com “To All The Boys I’ve Loved Before“.

Story: Lara Jean Covey has always imagined her life as a fantasy, but never lets herself feel anything real. As she starts her junior year content with spending lunch periods in the library reading, her little sister decides to intervene: suddenly, five love letters addressed to various boys throughout Lara Jean’s life have landed in the hands of the people who were never meant to read them. Now, Lara Jean is in a “pretend” relationship to keep everything under control, but she doesn’t realize that her feelings are very, very real…

All that’s missing is the makeup, and a few years! 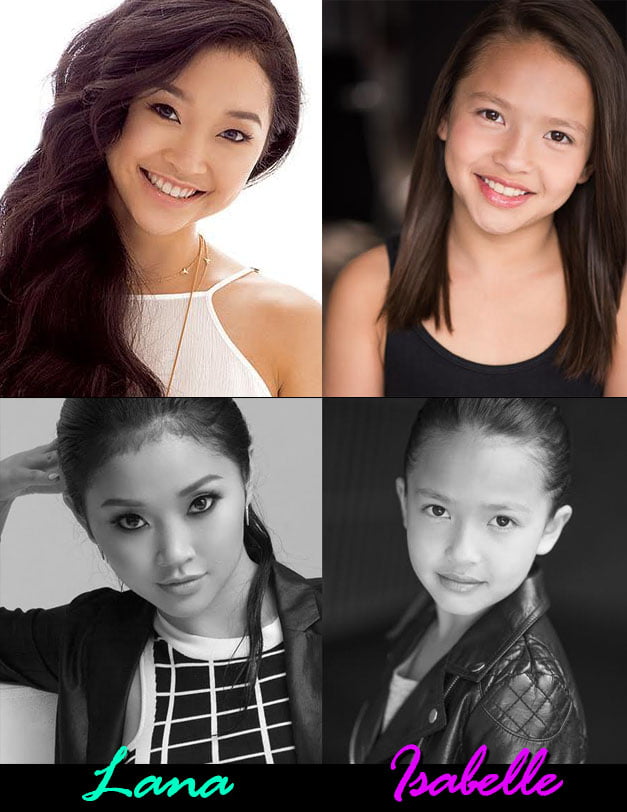 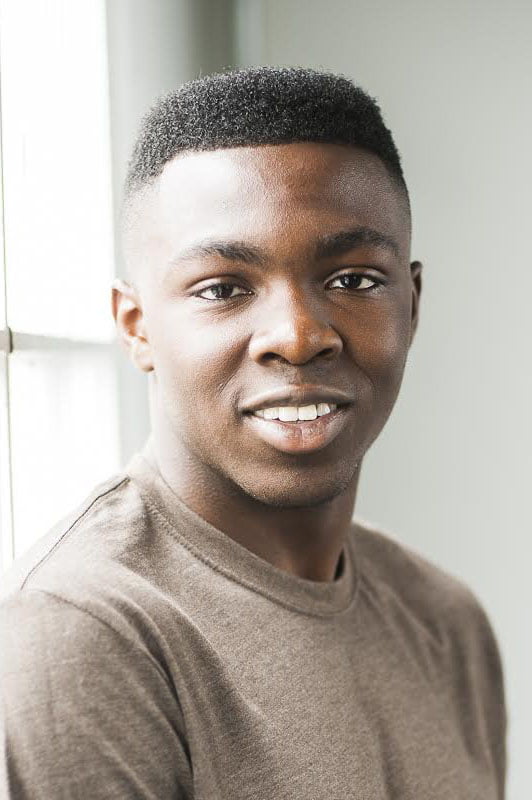 Eric Bempong has finished shooting an exciting role on the feature film “Dragged Across the Concrete“.

After first teaming up on the Oscar-nominated war movie Hacksaw Ridge, Mel Gibson and Vince Vaughn are pairing up again for Dragged Across Concrete, a gritty crime thriller from Bone Tomahawk filmmaker S. Craig Zahler.

The script centers on two policemen, one an old-timer (Gibson), the other his volatile younger partner (Vaughn), who find themselves suspended when a video of their strong-arm tactics become the media’s cause du jour. Low on cash and with no other options, these two embittered soldiers descend into the criminal underworld to gain their just due, but instead find far more than they wanted awaiting them in the shadows. 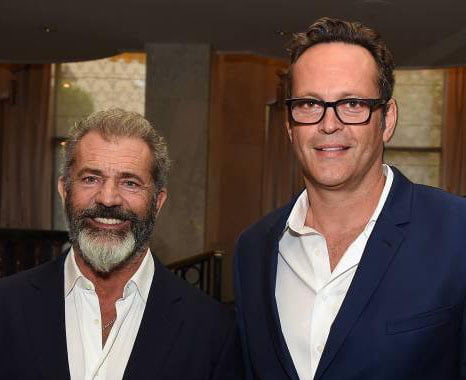 “Dragged Across Concrete” is produced by Unified Pictures’ Keith Kjarval, Cinestate’s Dallas Sonnier, Look to the Sky’s Sefton Fincham and Assemble Media’s Jack Heller. It is executive produced by the Fyzz Facility’s Wayne Godfrey and Robert Jones along with Fantasy 6 and Victory Square Labs’ Shafin Diamond. Lionsgate acquired U.S. distribution rights to the upcoming crime thriller at the start of the Cannes Film Festival.
Lionsgate will release the film through its Summit Entertainment label. 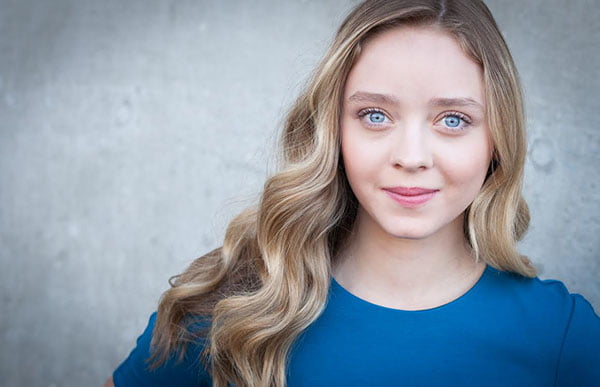 Congratulations to Madeleine Arthur who is also busy filming a supporting role in the feature film To All The Boys I’ve Loved Before.

To All the Boys I’ve Loved Before is an American romance film directed by Susan Johnson. The film, based on the novel by bestselling author Jenny Han, is being produced by Awesomeness Films and Overbrook Entertainment (Will Smith) – http://www.overbrookent.com 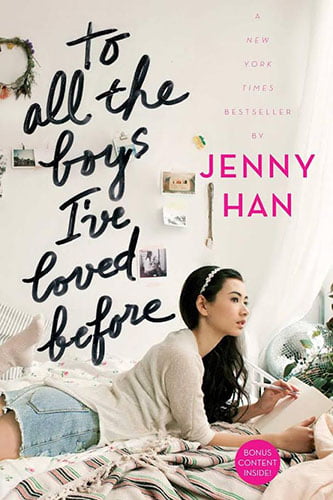 The cast includes Janel Parish and Lana Condor (“X-Men: Apocalypse”) who plays Lara Jean Covey, a girl who must deal with the aftermath of her secret when a hatbox of letters written to every boy she’s ever loved are mysteriously mailed out.

This Teen rom-com in now shooting in Vancouver. 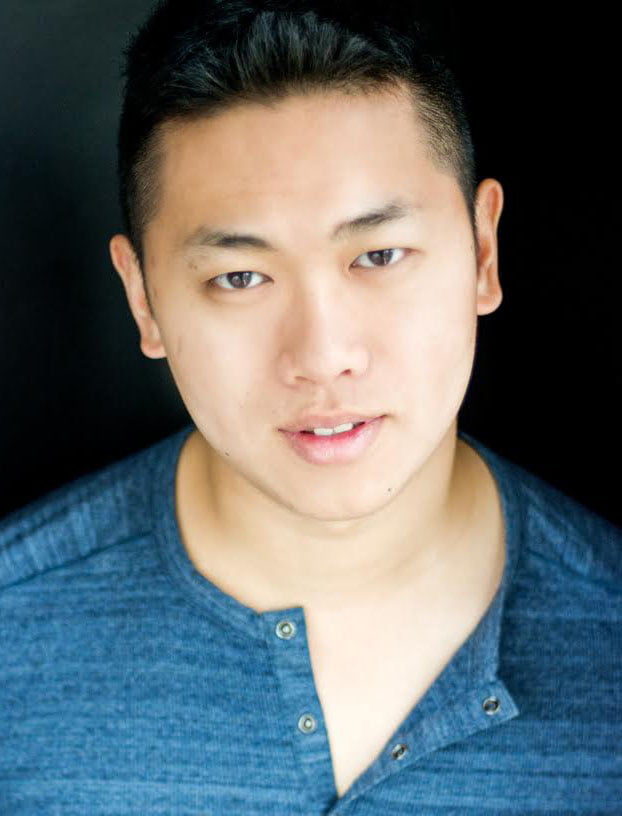 Mike Li’s union commercial spot for Shaw Blue Sky TV has now been moved over to TV as well as the original market for “Canadian National New Media”. 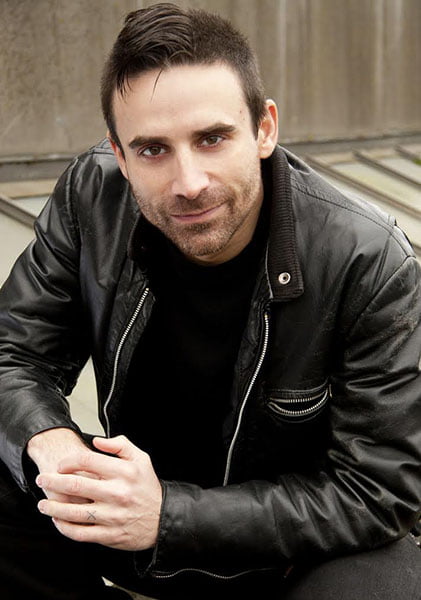 Mark Wynn Sweatman has booked a role on episode #1302 of Supernatural.

Supernatural season 13 premieres Thursday, Oct. 12 at 8 p.m. ET on The CW.
Supernatural was renewed for a thirteenth season by The CW on January 8, 2017. The season will consist of 23 episodes and air on Thursdays at 8PM EST. Preparation for the season began on June 26, 2017. Filming began on July 12, 2017 and will end on April 19, 2018.
Supernatural is an American fantasy horror television series created by Eric Kripke. It was first broadcast on September 13, 2005, on The WB, and subsequently became part of successor The CW’s lineup. 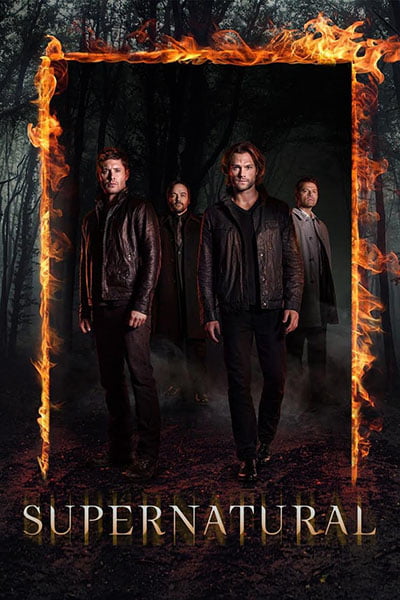 Starring Jared Padalecki as Sam Winchester and Jensen Ackles as Dean Winchester, the series follows the two brothers as they hunt demons, ghosts, monsters, and other supernatural beings. The series is produced by Warner Bros. Television, in association with Wonderland Sound and Vision. This is the second season with Andrew Dabb and Robert Singer as showrunners.

The plan for Season 13 is to return the focus to the core family-brothers dynamic of the early seasons:

This decision to focus in on the Winchester family will likely turn out to be a good one, as no matter what crazy apocalyptic situation Sam and Dean end up in each season, the heart of Supernatural is and will probably forever be the relationship between the two brothers and those they love.

This season will also feature a backdoor pilot to a possible spin-off series called Wayward Sisters. 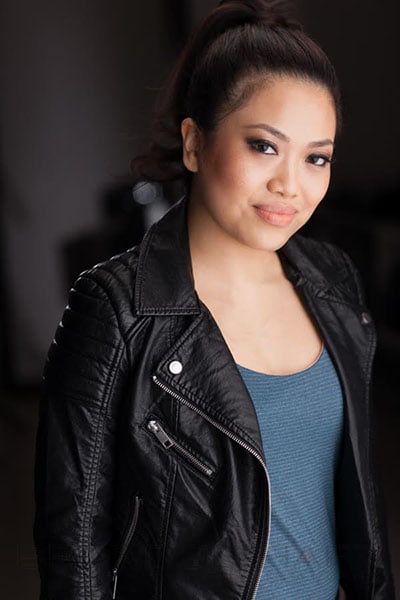 Season 2 will return with 10 episodes and premiere in the fall of 2017.

This serialized comedic thriller follows the bizarre adventures of eccentric “holistic” detective Dirk Gently (Samuel Barnett) and his unwitting assistant, Todd (Elijah Wood). With both mysterious supernatural elements like body-jumping souls and sci-fi concepts like time travel, the show takes an insanely improbably set of circumstances and creates a compelling puzzle of the resulting dark conspiracy. 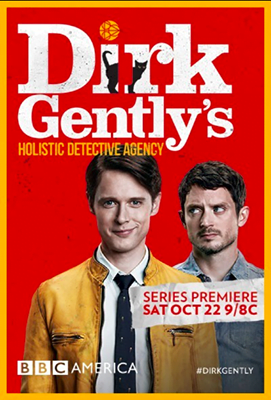 Every season of Dirk Gently explores a different genre. Last season was time travel with a little body-swapping thrown in for fun. This season is fantasy. The duo wend their way through one big, seemingly insane mystery a season, crossing unlikely paths with a bevy of wild and sometimes dangerous characters, each episode landing them a few random steps closer to uncovering the truth. 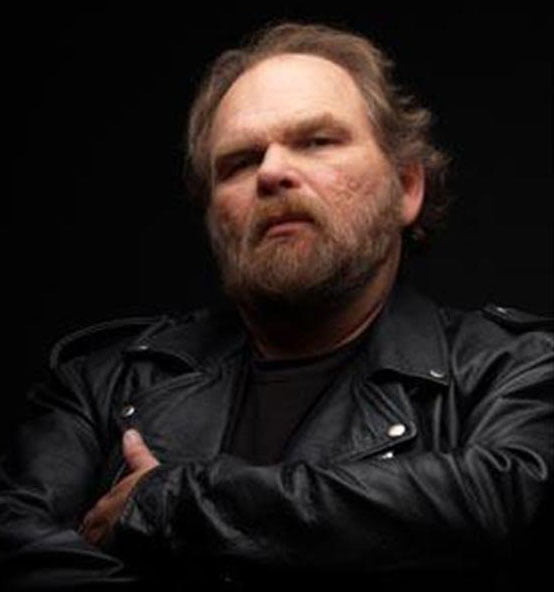 Legends of Tomorrow Season 3 will be another wild trip through time, focusing on a looming occult threat.

“This is a much more supernatural, spooky vibe this season. We’re dealing more with magic. It’s less real-world bad guys.” 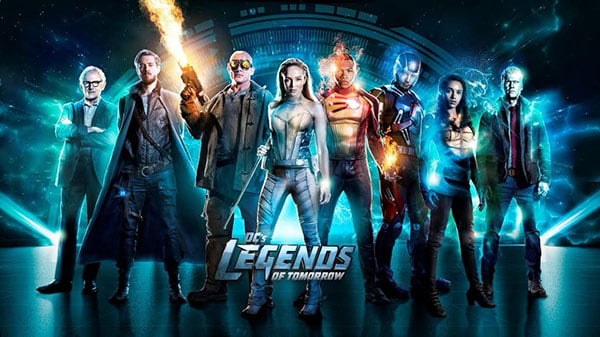 It will feature a new mysterious main villain, described as “a non-human entity,” at the center of an evil occult group. However, some familiar faces will fall into this fanatical fold.

Wentworth Miller and Neal McDonough will reprise their roles as former Legion of Doom members Leonard Snart and Damien Darhk. McDonough will be a series regular, while Miller will recur.

Legends of Tomorrow is an American action-adventure television series developed by Greg Berlanti, Marc Guggenheim, Andrew Kreisberg and Phil Klemmer, who are also executive producers along with Sarah Schechter and Chris Fedak. The series airs on The CW and is a spin-off from Arrow and The Flash, existing in the same fictional universe.

Rip Hunter travels back in time to the present day where he brings together a team of heroes and villains in an attempt to prevent Vandal Savage from destroying the world and time itself. 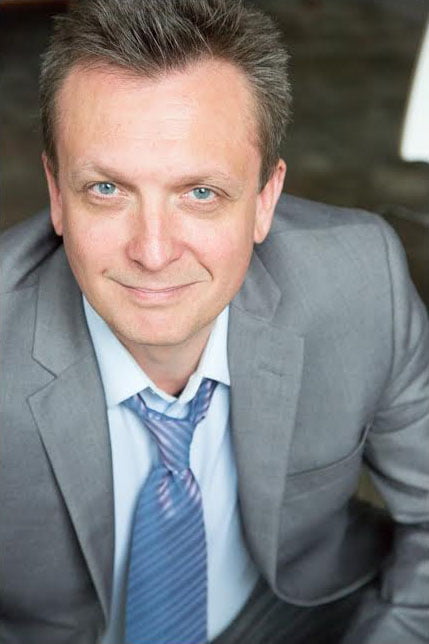 Darcy Fehr is busy filming a role on the TV series Burden Of Truth.

Burden Of Truth (10 x 60) is a legal drama starring Kristin Kreuk (Smallville, Beauty and the Beast) as big city lawyer Joanna Hanley, who returns to her hometown to take on what she thinks is a simple case, only to find herself in a fight for justice for a group of sick girls.

The series started principal photography on July 2 and will shoot in and around Winnipeg until October for a winter 2018 premiere on CBC.
It is produced by ICF Films, Entertainment One (eOne) and Eagle Vision. The series is created by Bradley Simpson (Rookie Blue, King) and executive produced by Ilana Frank (The Eleventh Hour, Saving Hope, Rookie Blue), Linda Pope (Saving Hope, Rookie Blue), Jocelyn Hamilton (Mary Kills People, Cardinal) and Kristin Kreuk (Smallville, Beauty and the Beast). 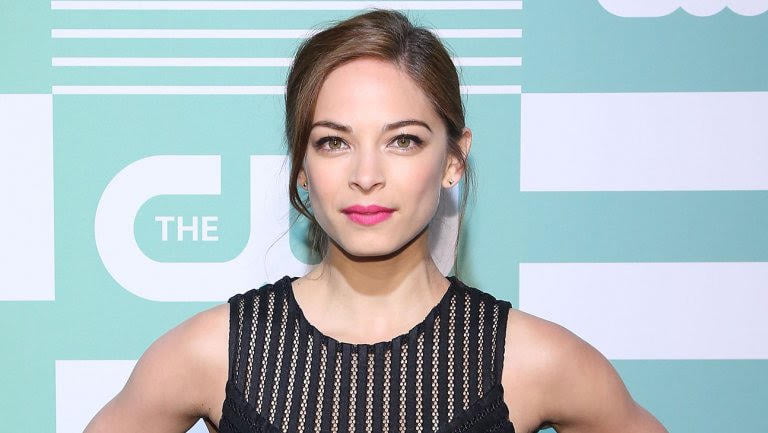