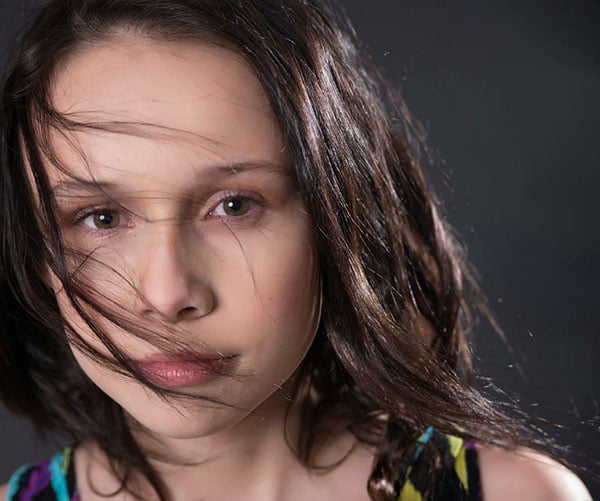 Finale Episode #423 that will air on Wednesday, May 25 on the CW Network.

The finale of Arrow season 4 will feature a major showdown between Damien Darhk and Oliver Queen, in the midst of a nuclear apocalypse.

The official synopsis reads as follows: 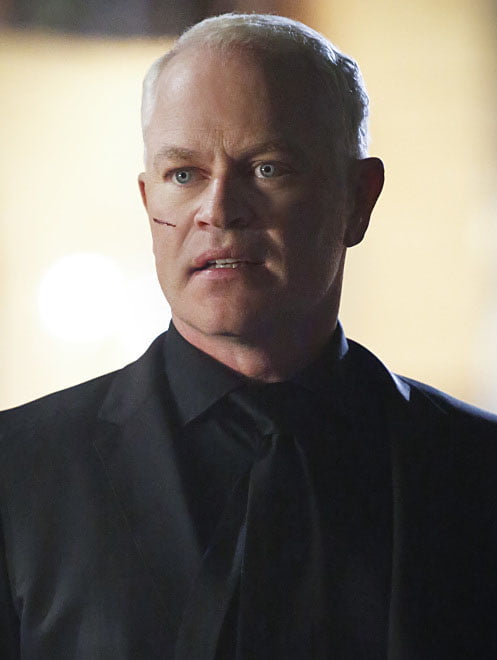 Oliver (Stephen Amell) teams up with a surprising force in an attempt to stop Damien Darhk (guest star Neal McDonough) and his magic once and for all.

In Stephen Amell’s words the finale will feature a scene which is “really unlike anything we’ve done on the show”.

The promo for the episode shows people panicking over the news of an impending nuclear attack on Star City. Oliver gives the people some hope and announces, “I know that this city has been through tough times before, we will survive this.”

Then we see people on the streets, as Darhk and the Green Arrow come face-to-face. The villian says, “Even if you stop me, those missiles are finding their target.” But an optimistic Arrow replies, “It won’t just be me.” The promo ends with the people of Star City chasing Darhk on the streets.

Watch a trailer of the Arrow finale here:
https://www.youtube.com/watch?v=oceOg5BcRbk 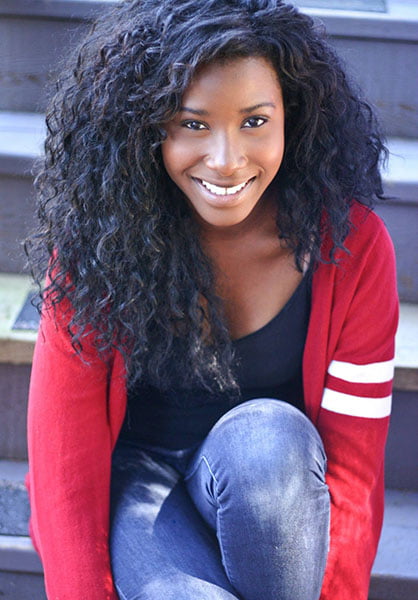 Naika Toussaint books “Haters Back Off!”

Haters Back Off is an upcoming television comedy series starring Colleen Evans, based on her character Miranda Sings, that is slated to debut on Netflix. The series centers around “the oddball family life of Miranda Sings, an incredibly confident, totally untalented star on the rise who continues to fail upward by the power of her belief that she was born famous – it’s just no one knows it yet.” Evans said that the show will depict Miranda’s origins and evolution on her “road to fame”, with appearances by YouTubers and other people she has met along the way.
The series’ eight episodes are expected to be released simultaneously. The show was developed by Evans and her brother, Christopher Ballinger, together with showrunners Perry Rein and Gigi McCreery. It is being produced by Brightlight Pictures. The show is named for Miranda Sings’ signature catchphrase.

The show will be the first scripted series created by a YouTube personality. 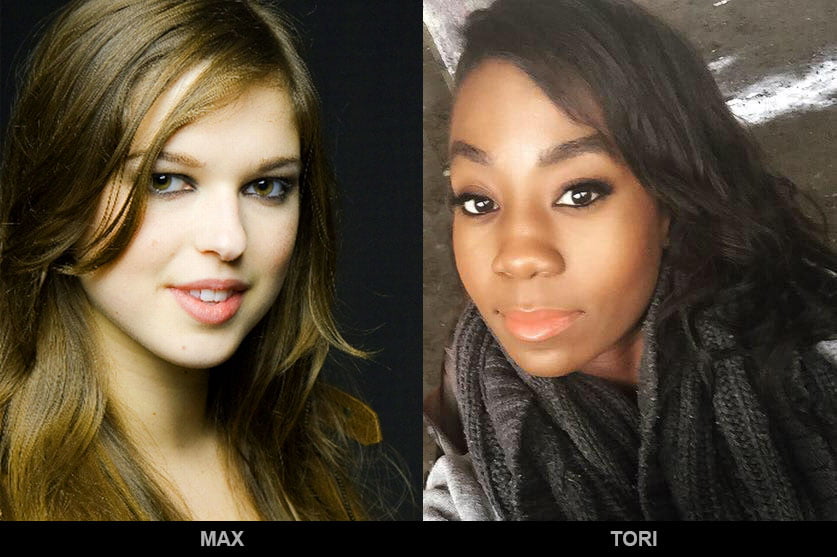 Max Chadburn and Tori Katongo are busy filming episodic drama for Syfy “Aftermath” – a 13-episode Canadian post-apocalyptic thriller series from Noreen Halpern’s Halfire Entertainment, which is set to premiere on Syfy in the U.S. and Bell Media’s Space in Canada later this summer.  Production began May 2 in Vancouver. 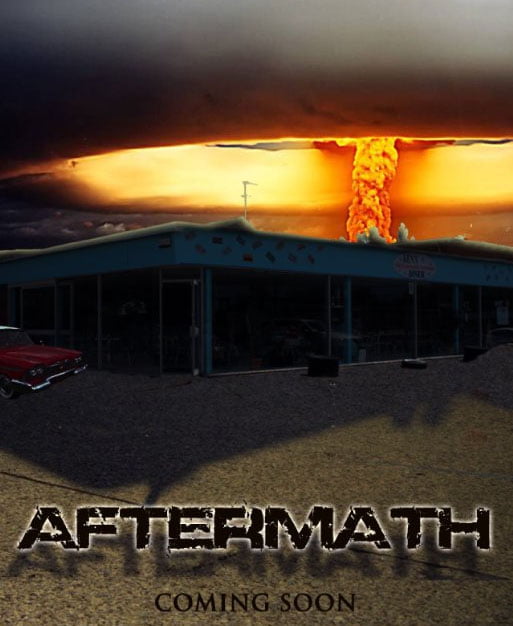 Created by William Laurin (Missing, Power Play) and Glenn Davis (John Woo’s Once a Thief), Aftermath centers on couple Karen and Joshua Copeland and their children Dana, Brianna and Matt, who must battle for survival after civilization comes to an apocalyptic end, triggered by massive storms, meteor strikes, earthquakes and plague – and the rise of supernatural creatures. 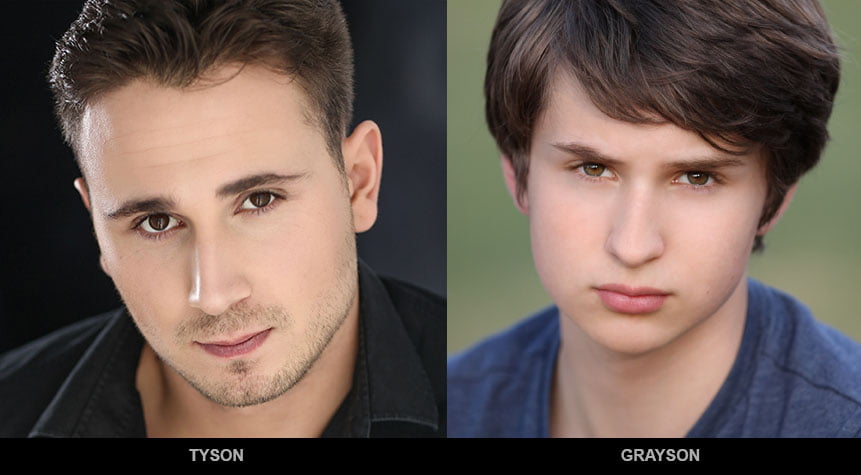 Wayward Pines, last summer’s No. 1 scripted series on broadcast television, returns for a second season Wednesday, May 25 (9:00-10:00 PM ET/PT) on FOX. From executive producer M. Night Shyamalan (The Sixth Sense, The Visit), the 10-episode, psychological thriller is based on the rich world created by author Blake Crouch in his international best-selling series of books.

Starring Jason Patric (Rush, Narc), two-time Academy Award nominee Djimon Hounsou (Blood Diamond, In America) and Emmy Award and Golden Globe nominee Hope Davis (American Crime, The Newsroom), the second season will pick up after the shocking events of Season One, with the residents of Wayward Pines battling against the iron-fisted rule of the First Generation. Dr. Theo Yedlin (Patric) – a new resident of Wayward Pines – awakens from suspended animation and finds himself in the middle of this rebellion, as he tries to understand what Wayward Pines really is and help preserve the endangered human race. 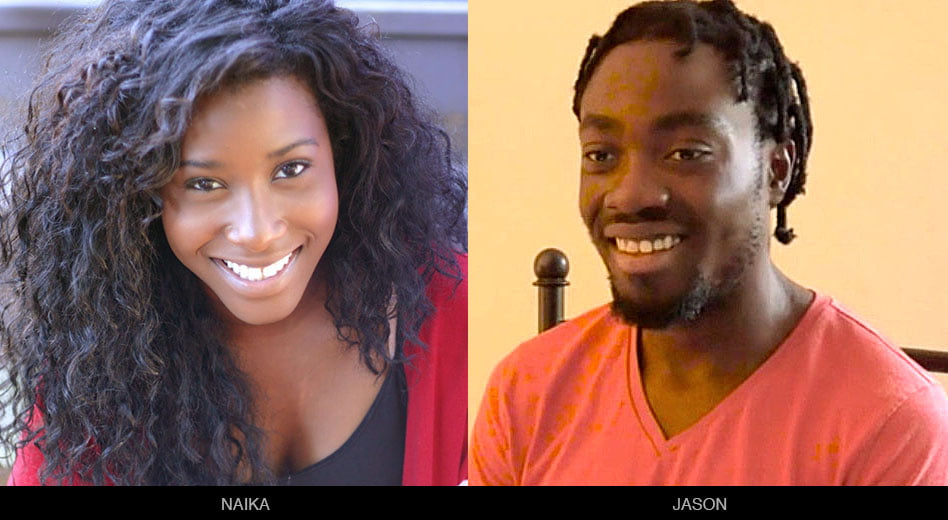 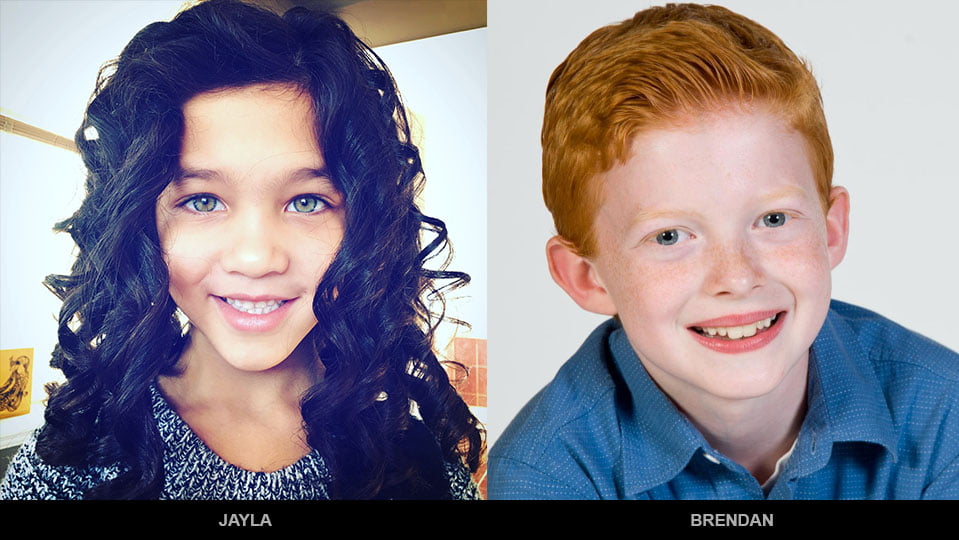 Brendan Ellison wraps a commercial
for Project Quick Restaurant in spot “What”
for North American and Internet markets. 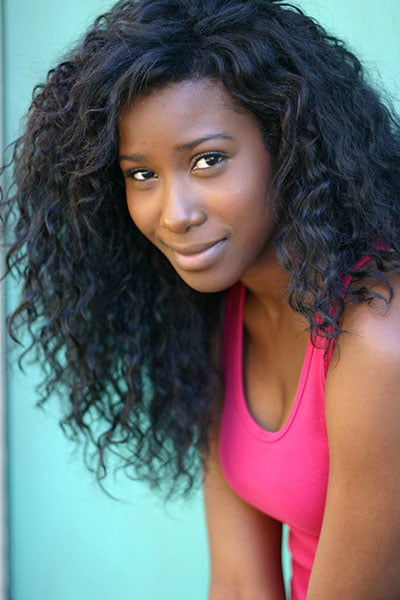 Naika Toussaint has finished shooting on The Hallmark Channel MOW, “A Wish For Christmas“.

Hallmark’s “A Wish For Christmas” stars Lacey Chabert who is best known for her role as Gretchen Wieners in the 2004 movie Mean Girls and her role as Claudia Salinger on the popular 90s TV series Party of Five. Paul Greene (Somewhere, A Perfect Wedding) is set to star alongside Lacey. Paul starred in Hallmark’s “A Christmas Detour” with Candace Cameron Bure (Full House, Aurora Teagarden) which filmed in and around Langley last year.

STORY LINE: Lifelong doormat SARA THOMAS (Lacey Chabert) is tired of being walked on, and letting her overbearing boss take the credit for her ideas.  Sara finds her life has changed on a dime when a mysterious Santa at her marketing company’s Christmas party offers her a single wish, good for only 24 hours.  When Sara wishes for courage, she publicly dresses down her boss — only to find herself whisked off on a crucial business trip by handsome company CEO, PETER WILLIAMS, who is charmed by Sara’s grit and candor.  Their business trip soon segues into romance, but when Sara tells off the rude and nasty billionaire whose account they are trying to win, Peter pulls back from their relationship, and Sara is left wondering if, now that the clock on her Christmas wish has run out, she can summon the bravery to make matters right… 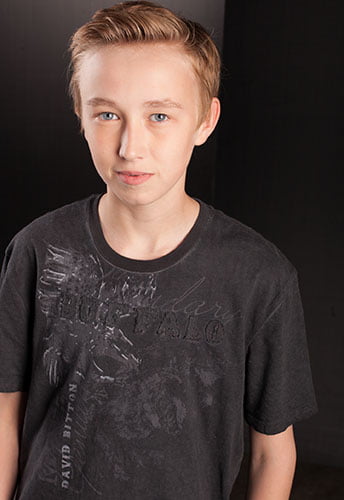 Ruairi MacDonald recurs in Amazon’s series “Man in the High Castle“, a chilling look at an alternate history where the Second World War ended badly for the Allies.


What if the Nazis had won? That’s the chilling premise of “The Man in the High Castle”, based on a novel by Philip K. Dick, and executive produced by Ridley Scott (Blade Runner), it became Amazon’s most-watched pilot ever and will now be expanded into a full series to be shown online.

Set in 1962, this alternate version of Earth history, has the forces of Japan and Germany winning the second World War and dividng the USA into puppet states, the Japanese on the west coast and the Nazis on the east, with a neutral zone in the middle. 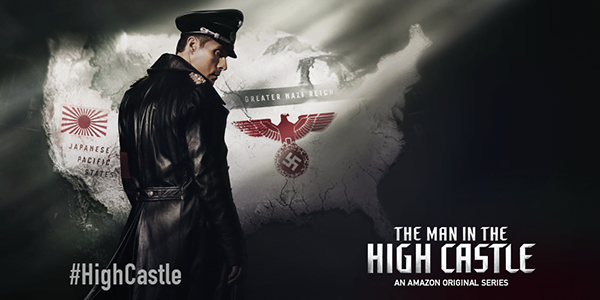 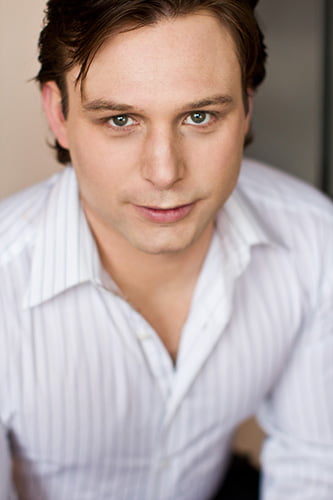 STORY LINE: OLIVIA PHILLIPS is a real estate broker whose specialty is in staging houses before an open house.  She’s scheduled to marry her boss, the all-business JOSH JOHNSON, in just a few days.  But when she reaches the wedding venue, a lakeside getaway in Vermont, she finds that the proprietor, MICK TURNER, is the flash-in-the-pan popstar boyfriend she loved and lost 20 years ago.  Uneasily working together to “stage” the wedding, Mick and Olivia both start thinking this chance meeting is actually a sign from the gods of romantic destiny that they were meant to be together… 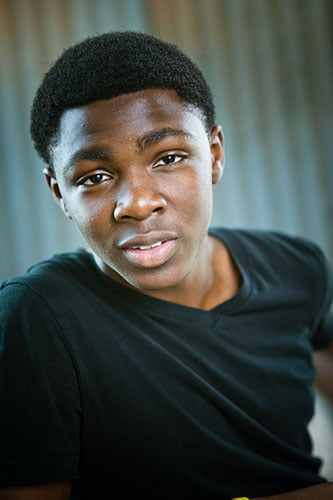 STORY LINE and Backstory: HATERS BACK OFF delves into the oddball family life of Miranda Sings, an incredibly confident, totally untalented star on the rise who continues to fail upward by the power of her belief that she was born famous, it’s just no one knows it yet. MIRANDA SINGS is a YouTube star with almost six million subscribers and over a billion views online. The fictional character was created by COLLEEN EVANS in 2007 to poke fun at people trying to get famous on the Internet. Ironically, her videos went viral, especially in the theater community. But now, Miranda is a cultural phenomenon selling out venues all over the world with her one-woman show. The phrase “Haters Back Off” has become Miranda’s rallying cry as she’s known for standing up to her haters. In fact, among the hundreds of video tutorials she’s made, “haters back off” is the only good advice she’s ever given. Adults think she’s an idiot and kids think she’s a hero, but everyone is amused. 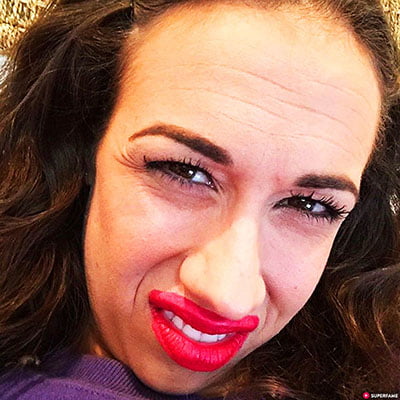 HATERS BACK OFF is a single-camera ensemble comedy with small town, quirky characters whose self importance is bigger than their circumstances, a la Napoleon Dynamite and Waiting for Guffman. The comedy comes from the characters and the importance they put on the minutiae of their lives. The focus of the show is on Miranda and the rest of the Sings family. Miranda is a hugely confident 17- year-old who’s got no filter or talent whatsoever. But she’s determined to become famous, regardless of how it wreaks havoc on her family and community. Building off her narcissistic persona on YouTube, HATERS BACK OFF will expand her world, allowing for a deeper exploration of her character. We’ll finally get to see empathy and moments of humanity from Miranda as she interacts with her family and her best friend, Patrick. These characters have been referred to, but never seen on YouTube, so they are eagerly awaited by the current audience. As Miranda’s internet fame grows over the course of the series, she’ll have to deal with the fact that she’ll never win the respect of her hometown. And at some point, she may catch a glimmer of the idea that family and friends are more important than fame… but just a glimmer.

Series Synopsis: The year is 2021. It has been three years since the human world fell to the vampire rising. Vampires now rule without mercy and humans are reduced to living the life of survivors or prey.  In this bleak wasteland, a group of humans seek to turn the tide and reclaim the country. 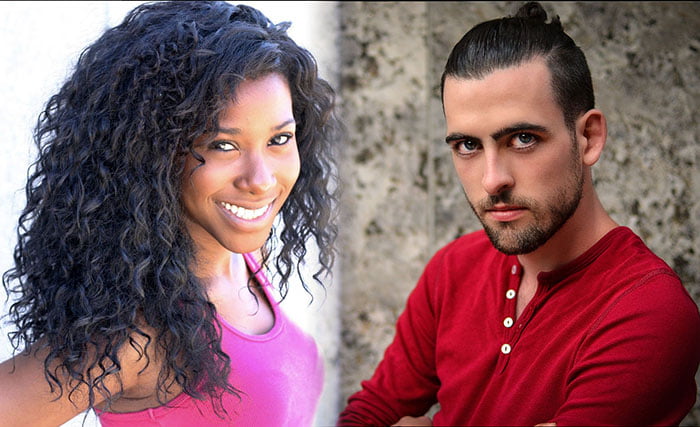 Created and written by Brad Wright, co-creator of Stargate SG-1 and creator of related franchises Stargate: Atlantis and SGU, Travelers is set hundreds of years from now when the last surviving humans discover the means of sending consciousness back through time, directly into people in the 21st century.  These “travelers” assume the lives of seemingly random people, while secretly working as teams to perform missions in order to save humanity from a terrible future.