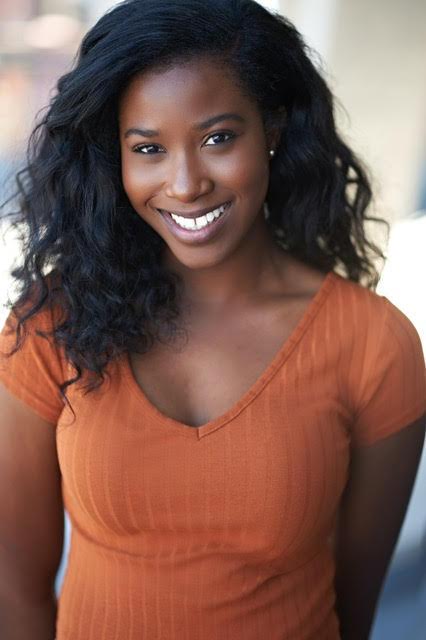 Naika Toussaint is busy filming a role for the MOW “Christmas Solo (aka “A Song For Christmas“)” directed by Christine Will Wolf and written by Sheryl J. Anderson.

Storyline: Veterinarian Jennifer Flynn and her daughter Charlotte arrive in the small town of Brookfield to start a new chapter of their lives just as the holiday season is about to start. Although Charlotte has made a couple of friends at her new school, Henry and Audrey, she starts to make enemies when she goes up against Megan at the solo performance auditions for the Christmas Festival. Meanwhile Jennifer has met Nate (Megan’s dad) and becomes interested in dating him. Megan’s having a tough time adjusting to being a child of divorce and now has a threat to her friendship with Henry with ‘vet girl’ Charlotte in town. Henry and Audrey are thrilled when Charlotte wins but Megan seeks revenge not only threatening Megan’s chance to be in the choir but also her home life. To everyone’s surprise Charlotte takes the high road bringing everyone together at Christmas. 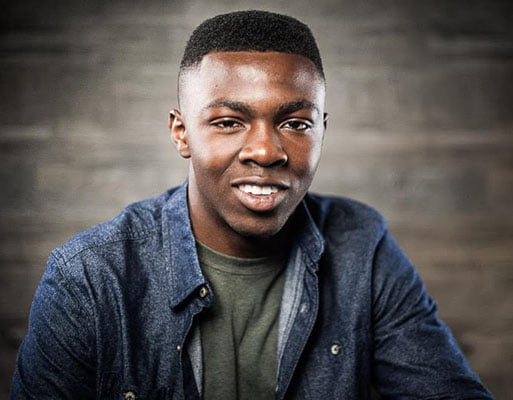 Congratulations to Eric Bempong for his role in the film, “Cypher” for the Crazy8s’ Film Festival.

Story Line: Worlds collide when a young, unknown Korean rapper takes on the king of the local cypher…

Tensions still linger in 1997 Los Angeles between the Korean-American and the Black communities after the ‘92 Riots. After an incident in his father’s restaurant, Jay, a Korean-American high school student finds himself pulled into LA’s underground battle rap scene where the two worlds collide.

Crazy8s is an 8-day filmmaking event

The event culminates in a Gala screening and party followed by film festivals and distribution. 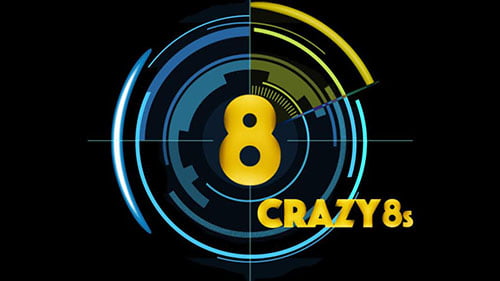 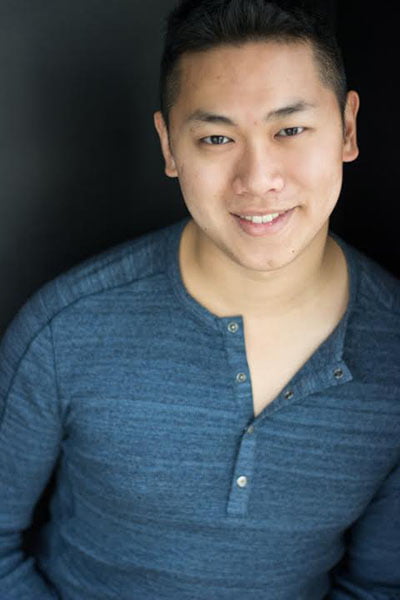 Congratulations to Mike Li for his role in “Anh Hung“, a short film at the Crazy8s’ Film Festival.

Story Line: Jenny, a young Vietnamese girl growing up in Vancouver, struggles to maintain a normal childhood when she discovers the truth about her older brother…

Synopsis: Jenny is a nine year old Vietnamese girl growing up first generation in Canada. Her brother Tuan, whom she looks up to as her hero, slowly reveals truths that he is not who he seems when she secretly disobeys his rule to stay home and joins him for a night out.
Crazy8s is an 8-day filmmaking event.

The event culminates in a Gala screening and party followed by film festivals and distribution. 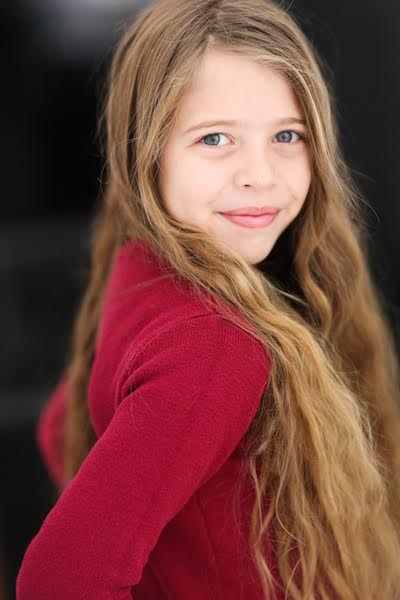 Date My Dad is a new 10-episode dramedy series from UPtv staring Barry Watson (7th Heaven, Hart of Dixie, Gossip Girl) as Ricky Parker. Once a pro baseball player, Ricky is now a single father raising his 3 daughters after the love of his life passed away.

UPtv will premiere Date My Dad later this year. The show is currently in production with North American producer 50?North, in association with EveryWhere Studios in LA.

Content Media and Palatin Media have secured joint international distribution rights to the series, which will make its debut in the global market at MipTV next month.

Created, written and executive produced by Nina Colman, it stars Barry Watson (Samantha Who?) and Raquel Welch (The Three Musketeers) and tells the story of a single dad raising his three daughters after their mother dies.

“With its contemporary storylines, well-developed characters and acclaimed talent both on- and off-screen, Date My Dad holds great appeal for the international market,” Greg Phillips, president of distribution at Content Media. 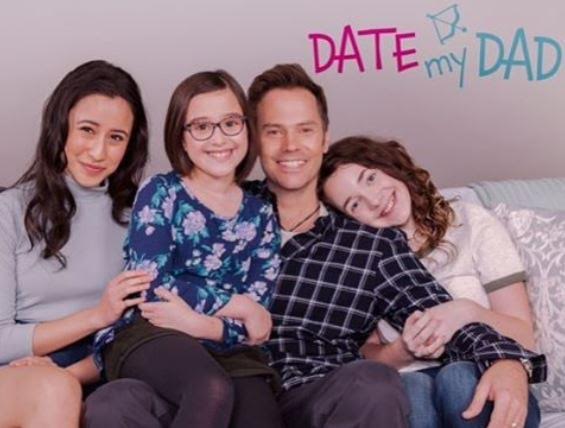 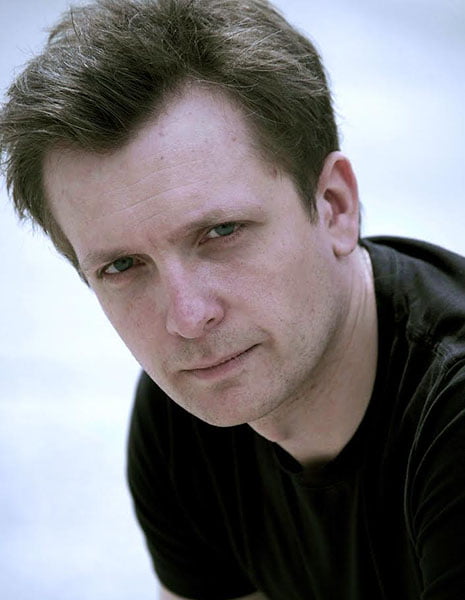 Congratulations to Darcy Fehr for booking a role in a Feature Film, “Break My Heart 1000 Times“.
Set to shoot March 16-April 30th

Hailee Steinfeld is set to star in supernatural romantic thriller Break My Heart 1,000 Times for Gold Circle Films. Based on the YA novel by Daniel Waters, Break My Heart is described as a combination of The Fault In Our Stars and The Sixth Sense and is considered a springboard for a possible franchise. Jason Fuchs will adapt the screenplay and Scott Speer is attached to direct.

Set nine years after an apocalyptic event that killed millions and left the world inhabited by ghosts, a teen girl attempts to navigate through ordinary life as she’s haunted by the ghosts of her dead father and a teen boy she never met but who might hold the key to changing everything. 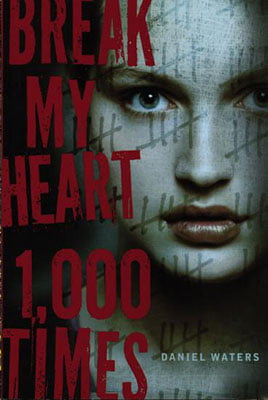 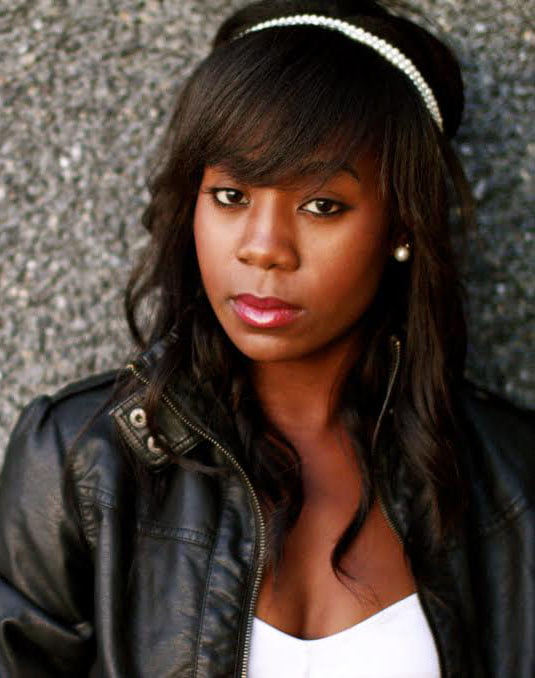 Congratulations to Tori Katongo for her role on CW’s “Supergirl“, Episode 216 – “Star-Crossed“.

Supergirl is an American superhero action-adventure drama television series developed by Ali Adler, Greg Berlanti and Andrew Kreisberg (the latter two having previously created Arrow and The Flash) that originally aired on CBS and premiered on October 26, 2015. It is based on the DC Comics character Supergirl (Kara Zor-El), created by Otto Binder and Al Plastino, and stars Melissa Benoist in the title role. Supergirl is a costumed superheroine who is the cousin to Superman and one of the last surviving Kryptonians. 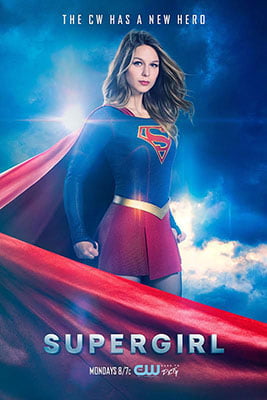 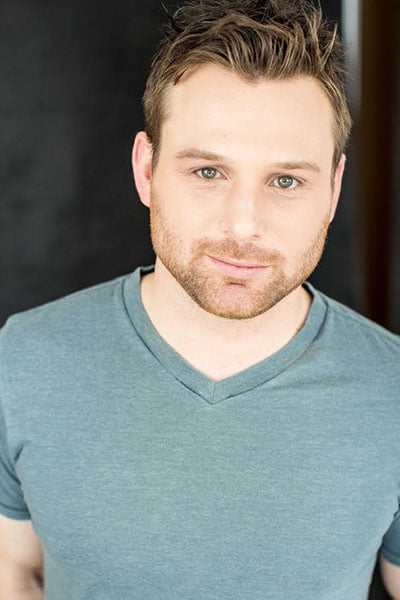 Congratulations to Conor Gomez for his role in CW’s “Arrow“, Season 5 – Episode 17 – “Kapot”

Storyline:  Spoiled billionaire playboy Oliver Queen is missing and presumed dead when his yacht is lost at sea. He returns five years later a changed man, determined to clean up the city as a hooded vigilante armed with a bow.

Synopsis:
After a violent shipwreck, billionaire playboy Oliver Queen was missing and presumed dead for five years before being discovered alive on a remote island in the North China Sea. He returned home to Star City, bent on righting the wrongs done by his family and fighting injustice. As the Green Arrow, he protects his city with the help of former soldier John Diggle, computer-science expert Felicity Smoak, his vigilante-trained sister Thea Queen, former police captain Quentin Lance, and brilliant inventor Curtis Holt. But sinister players with a connection to Oliver’s past will push the team to its breaking point, threatening everything Oliver’s worked for and his legacy as the Green Arrow. 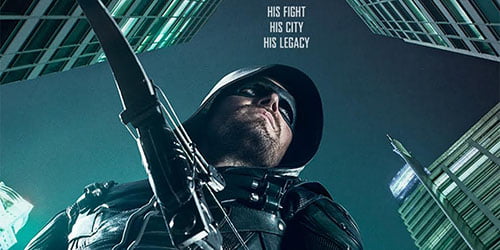