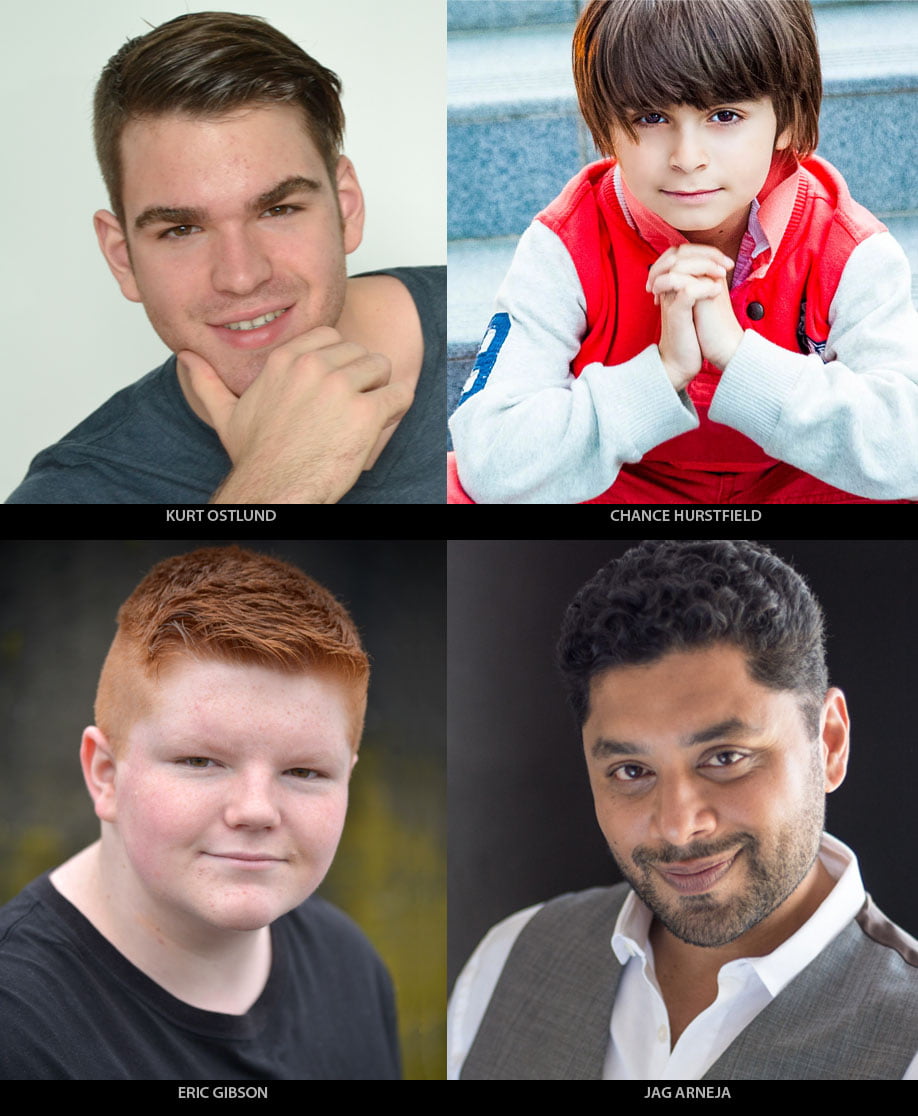 Kurt Ostlund and Chance Hurstfield will be playing supporting leads, and
Eric Gibson and Jag Arneja will also star in this Disney Channel film which
just completed shooting in Victoria and Duncan, also starring Sean Giambrone (The Goldbergs) and Joey Bragg (Liv and Maddie).

STORY LINE:  Mark’s tried to get his driver’s license five times and five times he’s come up empty. But when the coolest most popular girl in his class asks him to drive her to an exclusive pool party, he needs a sure thing–which is exactly what he finds in driving instructor Glenn Bufferton, a man who passes testees like he passes gas: frequently.??Unfortunately, just as he’s about to achieve his dream, Mark’s test turns into a nightmare when the instructor’s life falls apart. Out of options and needing a win, Mark helps reunite this buffoon with his wife in exchange for passing the exam, sending him and his vertically-challenged best friend Russell on a cross-town adventure involving angry tow truck drivers, eight-year-old karate champs, and a maniac squirrel. This odyssey will test the limits of their endurance, the limits of their car, and the limits of their friendship – and pose the question: How far will Mark go to join the ranks of the cool crowd? He’s faced the pressure five times before, but this time it’s For Wheelz… 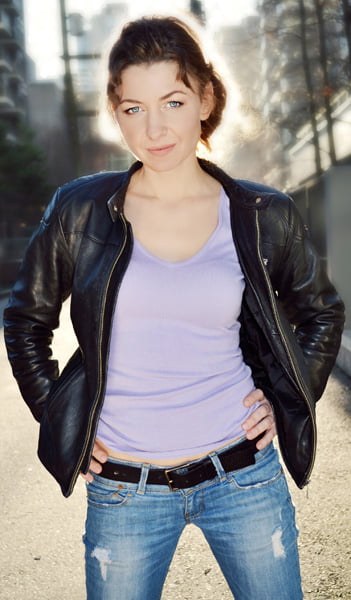 Girlfriends’ Guide to Divorce is an American drama television series developed by Marti Noxon for the American cable network Bravo. Based on the Girlfriends’ Guides book series by Vicki Iovine, the series revolves around Abby McCarthy, a self-help author who finds solace in new friends and adventures as she faces an impending divorce. Lisa Edelstein portrays the main character Abby, while Beau Garrett, Necar Zadegan, Paul Adelstein and Janeane Garofalo round out the main cast.

Produced by Universal Cable Productions, the series serves as the first original scripted series for Bravo. A 13-episode first season was ordered by the network, which premiered on December 2, 2014. The series was renewed for a second season on February 4, 2015. The show debuted to 1.04 million viewers. Critical reception for the series has initially been generally positive, with particular praise towards Edelstein’s performance and the series’ quality over the reality series on Bravo.

Gigi Jackman and Deborah Finkel have both booked roles in “Just in Time For Christmas“, a Hallmark MOW shooting in Vancouver and in Victoria.

STORY LINE: All in one night, Associate Professor of Psychology LINDSAY ROGERS is offered a publishing opportunity, a job at Princeton, and the chance to marry the man of her dreams, JASON STEWART. Overwhelmed by the possibility of missing out on any one future, Lindsay turns down Jason’s proposal and finds herself alone on a snowy park bench, pondering her decision. But when a mysterious old man guiding a horse-drawn carriage invites her for a ride, Lindsay finds herself thrown three years into the future; a future in which she writes a successful book, gains fame and money, but no longer has someone with whom to share her success. Now, Lindsay must decide if saying no to Jason was the right move, or if she can bear seeing him with someone else… 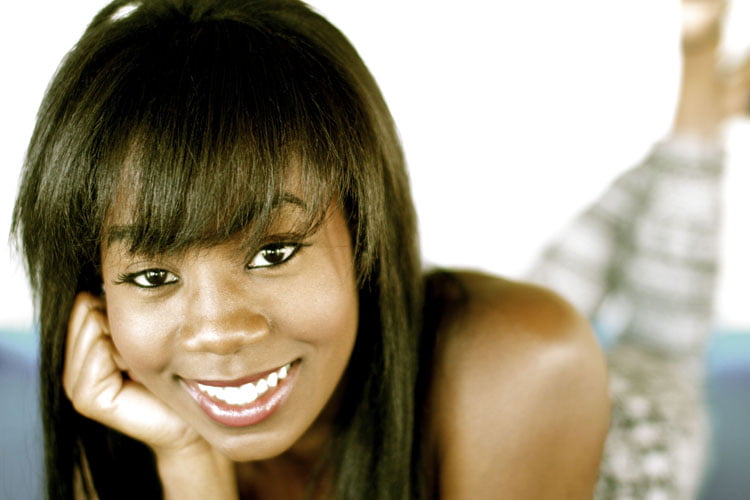 It revolves around Allison McLean (Kelli Williams), a tough and experienced police detective, mother and wife in suburban Seattle. When she and her police partner (Dion Johnstone) must arrest her brother (Luke Perry) for aggravated assault, her world drastically changes as he’s convicted and sent to prison, leaving his two teenagers teetering on the brink of foster care. Ultimately, she takes them into her home, ending up with four teenagers to raise. ??“‘Ties That Bind‘ is series about a family, loyalty and the limits of love,” 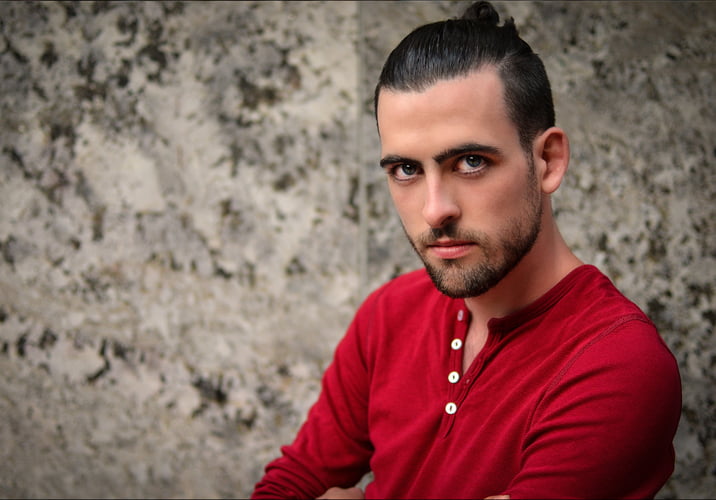 Zack Lavoie books a recurring role on “The Romeo Section“.

From acclaimed showrunner Chris Haddock (Da Vinci’s Inquest, Intelligence), THE ROMEO SECTION is an hour-long serialized espionage drama set in Vancouver. It follows spymaster Professor Wolfgang McGee, an academic who secretly manages a roster of espionage assets. These assets, referred to as Romeo or Juliet spies, are informants engaged in intimate relations with intelligence targets. Wolfgang himself is a semi-retired Romeo operator, having worked his way up in an officially deniable “service” under the umbrella of Canada’s Intelligence Community. They operate in a seemingly serene cosmopolitan city whose underside acts as a haven for drug barons, fugitives and covert financiers. The series has Haddock reunited with fellow executive producer Laura Lightbown; director Stephen Surjik; producer Arvi Liimatainen; and writer/co-executive producer Jesse McKeown. 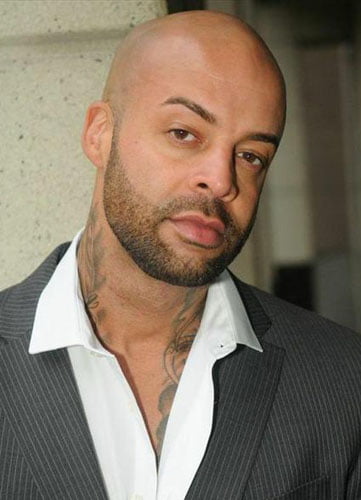 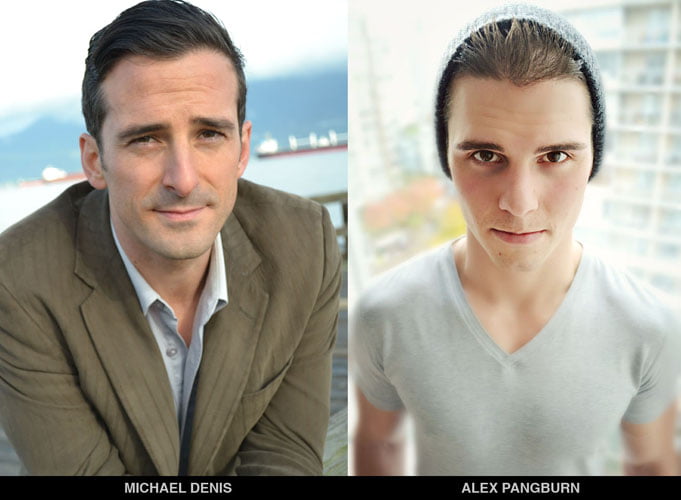 Launched in 1992 as a companion to Beverly Hills, 90210, Melrose Place became a hit in its own right. Originally designed to be an authentic, grounded look at 20-something life in Los Angeles, the Aaron Spelling series created by Darren Star became 90210’s soapier, yet equally popular, cousin. It ran for seven seasons and 226 episodes on Fox from 1992-99 and spawned a short-lived reboot that ran for one season on The CW in 2009.

Drawing on true stories and anecdotes from interviews with the original cast and crew, the Lifetime movie will highlight the remarkable behind-the-scenes moments that shaped the series — from early casting drama and Locklear arriving to “save” Melrose Place to the actors begging its writers for even wilder storylines to make them fan favorites. The Unauthorized Melrose Place Story will be executive produced by Michael Larkin (Secrets in the Walls) and Howard Braunstein (The Informant!), produced by Christian Bruyere (A Girl’s Best Friend) and written by Dana Schmalenberg (Single Ladies). Mark Griffiths (A Novel Romance) will direct.

Melrose Place becomes the fourth movie in Lifetime’s “unauthorized” series that launched with 2014’s Saved By the Bell and continues with the upcoming Full House and Beverly Hills, 90210 entries. 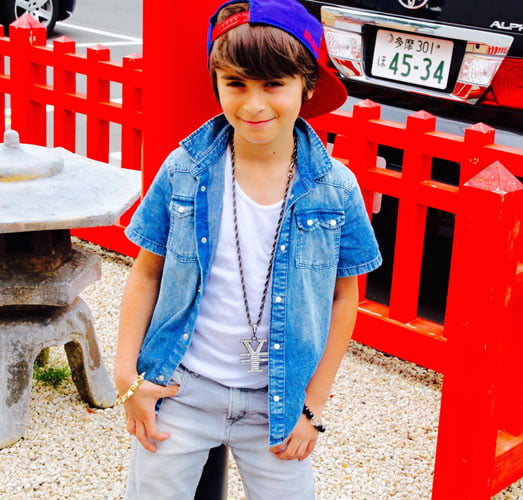 Chance Hurstfield just wrapped in Japan on the feature DARC.

He plays DARC JR. in this epic gangster film about human trafficking, starring the Emmy-winning actor Armand Assante, who will portray an agent who makes it his mission to seek revenge on the Yakuza after they kidnap the daughter of an Interpol agent. He solicits the services of a violent criminal — to be played by the film’s writer, Tony Schiena, an expert for counter-terrorism training and defensive tactics for Special Forces operators.

Nick Powell, whose credits include stunt work on well-known films such as Braveheart, Bourne Identity and Cinderella Man, will direct the project. Several notable Japanese actors and actresses, including Tetsu Watanabe, Kippei Shiina and Sho Ikushima, have also joined the cast. 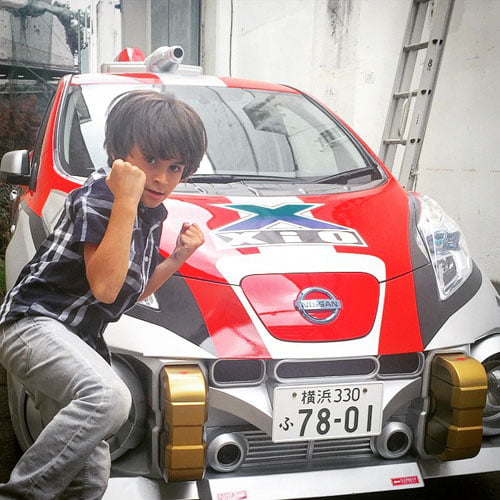