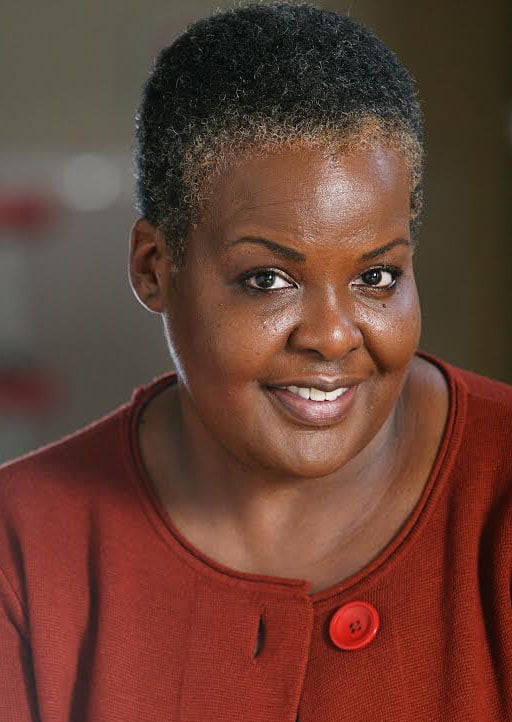 Gigi Jackman has finished filming on the Hallmark MOW “Dream On” – The sequel to the 2016 movie “Summer of Dreams” starring Debbie Gibson.

STORY LINE:
Pop singer Debbie Taylor, taking a hiatus from her successful music career, has settled into a quieter life in Youngstown, Ohio.  She’s taken a job as a high school music teacher and fallen in love with the man of her dreams.  But her quieter life is about to get a lot busier, as she struggles to juggles wedding plans with a sudden rejuvenation of her career…. 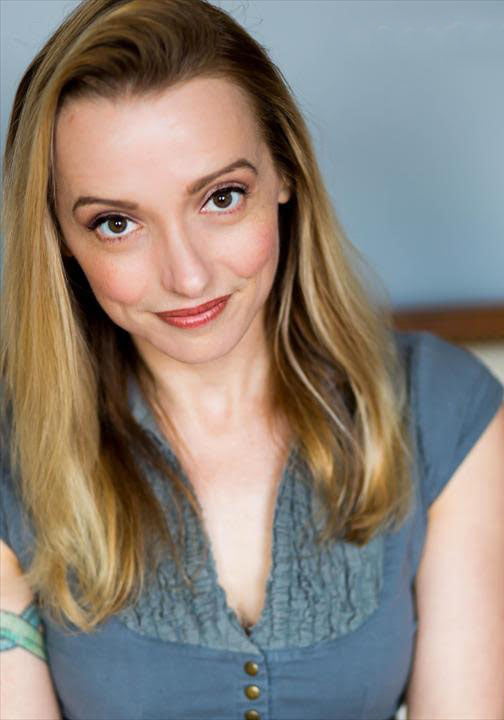 Sara Southey has booked a role in the play I Am Not A Girl.

The Society’s first stage production, I Am Not a Girl, is scheduled at The Cultch for June 2018.

Story:
I Am Not a Girl is the story of Erica, born into a large family in the 1970’s who questions who Erica is, including her gender. The journey of self-discovery takes Erica through a world of drugs, sexual encounters, failed relationships, and finally the revelation that Erica can transition to male, and with this promise and the incredible loving support of her mother, Erica faces the gauntlet of the physical, emotional, psychological and spiritual challenges of becoming Eric. 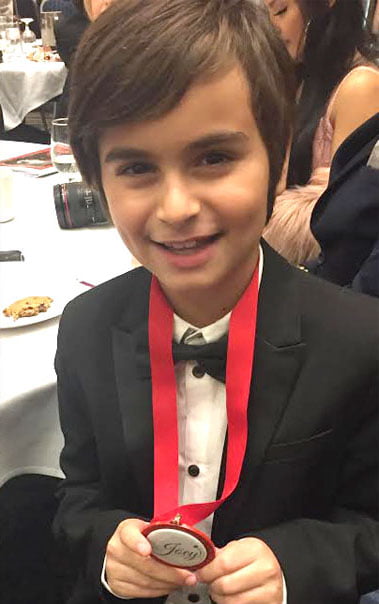 The hour long drama with comedy elements — about a group of eight friends, four men and four women, in which the one whose life looked most put together commits suicide.

Written by DJ Nash and directed by James Griffiths, A Million Little Things — whose title stems from the popular adage,”Friendship isn’t a big thing – it’s a million little things” — is described as being in the tone of The Big Chill. It revolves around a group of friends from Boston who bonded under unexpected circumstances. Some have achieved success, others are struggling in their careers and relationships, but all of them feel stuck in life. After one of them dies unexpectedly, it’s just the wake-up call the others need to finally start living. Along the way they discover that friends may be the one thing to save them from themselves. 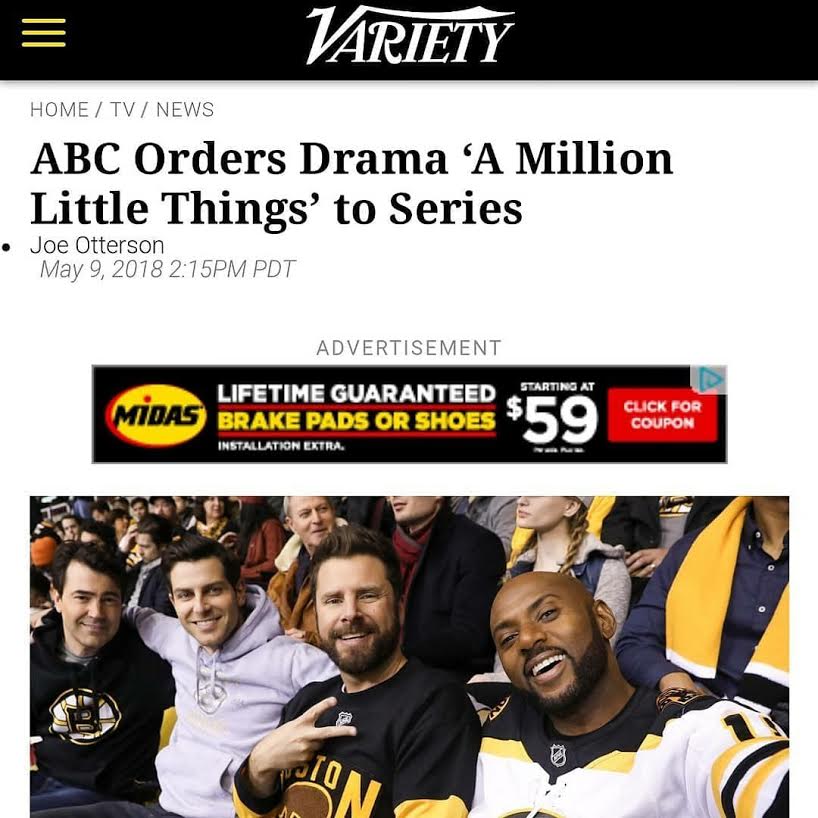 The order marks the network’s first pickup for one of its pilots this year.

Chance plays the r/o Delilah’s son, played by Stephanie Szostak! and his Dad is played by Ron Livingston. 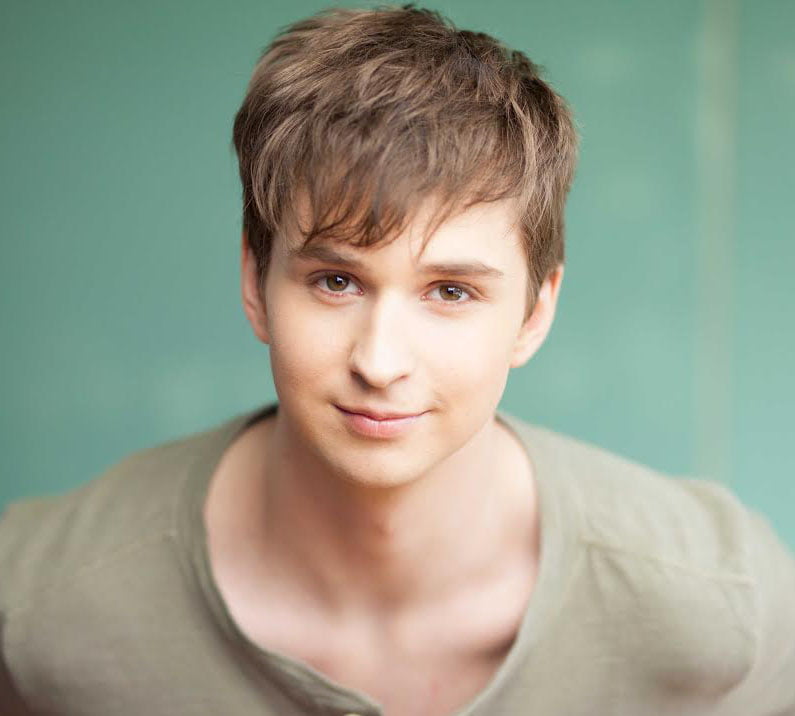 Grayson Gurnsey has booked a role on FOX’s upcoming feature film The Art Of Racing In The Rain.

Through his bond with his owner, Denny Swift, an aspiring Formula One race car driver, Enzo has gained tremendous insight into the human condition and understands that the techniques needed on the racetrack can also be used to successfully navigate the journey of life.

The film follows Denny and the loves of his life — his wife, Eve, their young daughter Zoe, and ultimately, his true best friend, Enzo. 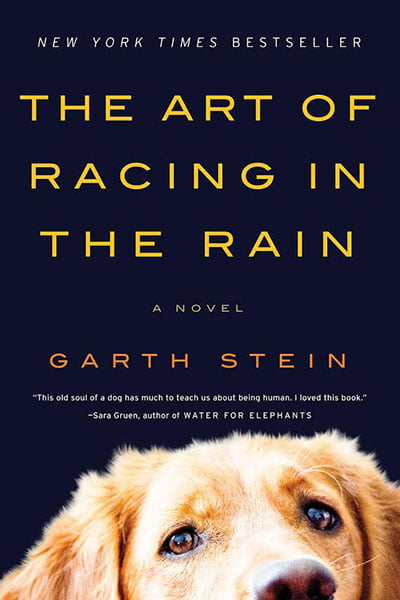 The film is directed by Simon Curtis (Goodbye Christopher Robin, My Week with Marilyn) and produced by Neal H. Moritz, Patrick Dempsey, and Tania Landau. Donald J. Lee and Joannie Burstein are executive producers. The screenplay is by Mark Bomback (War for the Planet of the Apes, The Wolverine).

The Art of Racing in the Rain by Garth Stein spent over three years on the New York Times best-seller list.

Fox 2000 President Elizabeth Gabler commented: “We are elated to join forces with this amazing team of filmmakers and cast to bring this long-awaited adaptation to the screen. The book is beloved by millions of people and we believe audiences will also embrace this emotional and uplifting film that shows life through the wise and humorous vision of Enzo, the dog.” 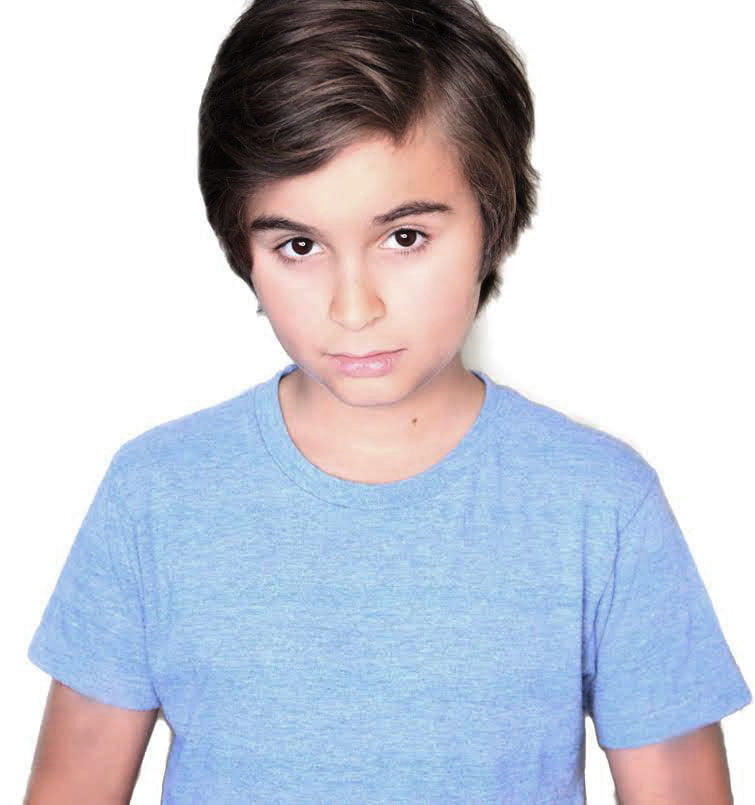 Chance Hurstfield plays “Darc” in the early years. All filmed in Tokyo!! 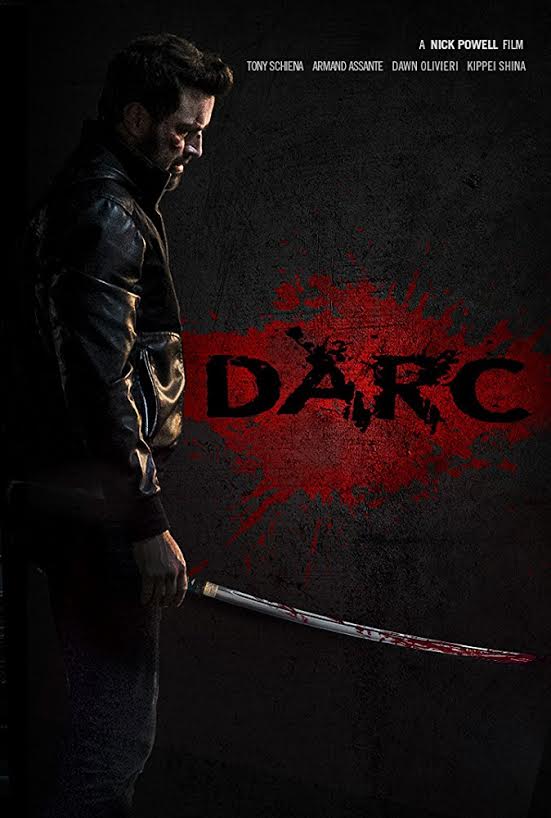 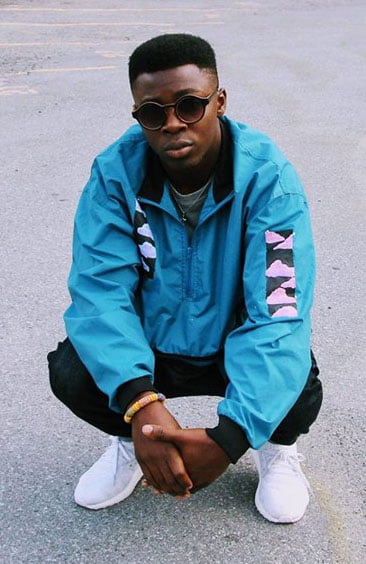 Sacred Lies is an upcoming American drama web television series that is set to premiere with a first season of ten episodes on Facebook Watch.
On January 16, 2018 Facebook announced that they had given the production a series order consisting of a first season of ten half-hour episodes. The series is written by Raelle Tucker who will also executive produce alongside Scott Winant, Jason Blum, Marci Wiseman, and Jeremy Gold. Tucker is also set to act as the series’ showrunner and Winant will direct the first two episodes. Production companies involved in the series include Blumhouse Television, a subsidiary of independent film company Blumhouse Productions.

The project reunites Tucker and Winant who previously worked together on True Blood. Winant, who won two best directing Emmys for Thirty Something along with earning seven Emmy nominations, served as director on all seven seasons of True Blood, while Tucker served as a writer-executive producer on the first six. 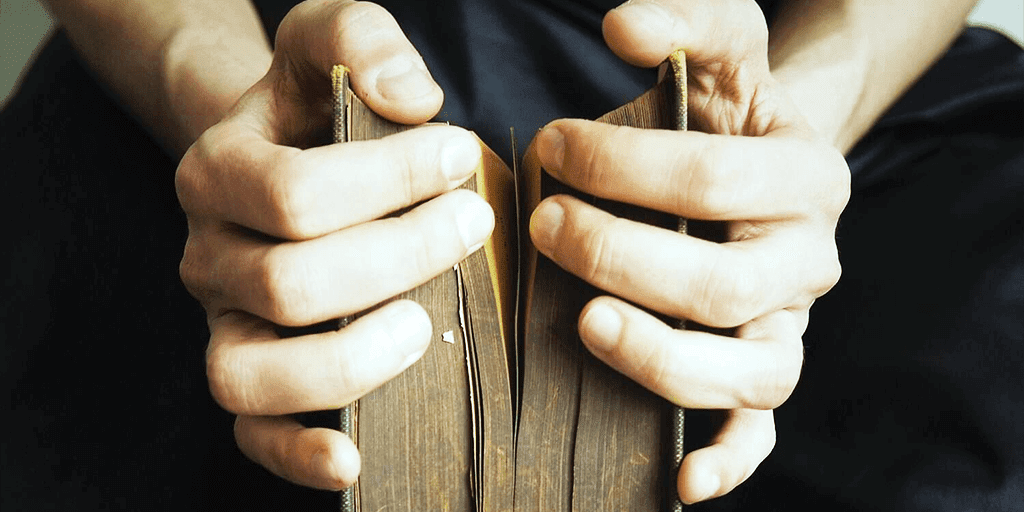 Premise:
Based on the classic Grimm Brothers tale The Handless Maiden, and Stephanie Oakes’ novel The Sacred Lies of Minnow Bly, and adapted and updated by Tucker, Sacred Lies is about a handless teen who escapes from a cult and finds herself in juvenile detention, suspected of knowing who killed her cult leader. 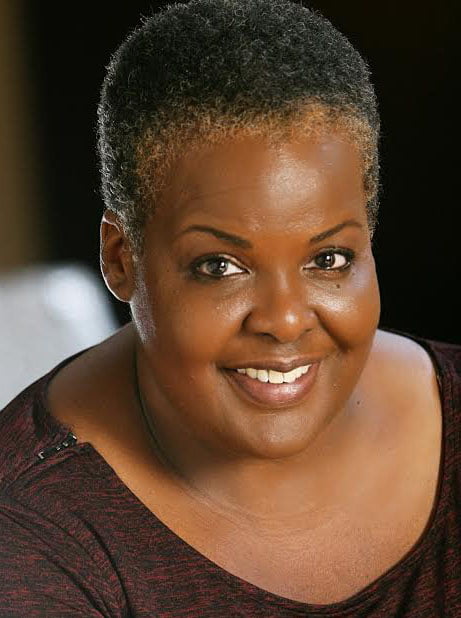 QME Entertainment has released the official trailer for Distorted, starring Christina Ricci (Z: The Beginning of Everything, The Opposite of Sex), Brendan Fletcher (The Revenant, The Killing) and John Cusack (Love & Mercy, High Fidelity).

In the psychological thriller, Lauren (Ricci) and Russel Curran (Fletcher) decide to move away from the bustle of the city and into the peaceful oasis of The Pinnacle, a coveted luxury condo boasting ultra-modern design, state-of-the-art features and security systems. Lauren begins to suspect the building has a dark side and seeks the help of Vernon (Cusack), an investigative journalist with an interest in cyber conspiracy. Together, they come to believe that The Pinnacle may be brainwashing unsuspecting residents. 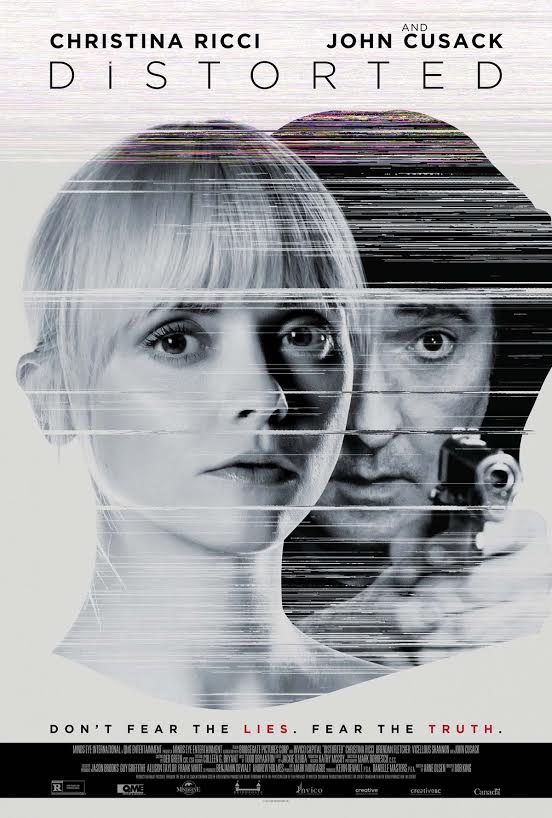 Distorted was directed by Rob King (Something More, The Humanity Bureau) from a script by Arne Olsen (Repeaters, Here’s to Life).

You can check out the Distorted trailer below!

https://www.imdb.com/title/tt6143850/
The film will be released in theatres on June 22 by QME Entertainment. 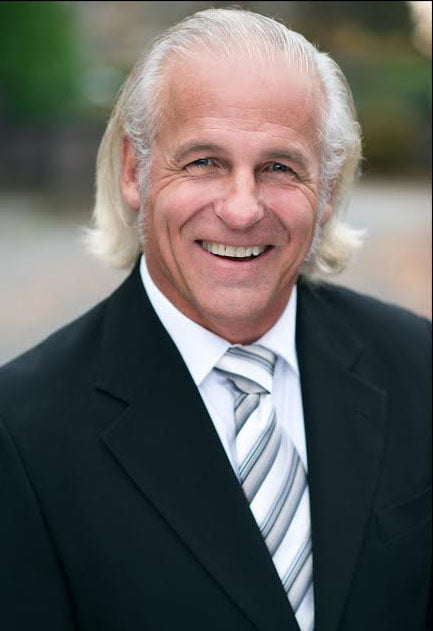 Robert Hakesley will be filming a role this month on indie feature “Fall Back Down“.

It was one of 14 films selected for funding from Telefilm’s fifth-annual micro-budget production program.

Synopsis:
Nick Colby, once a fearless and passionate activist, is now a shadow of his former self ever since the radical love of his life went on a humanitarian mission leaving Nick’s heart and idealism in ruins. Down and out he stumbles into the Avalon garment factory where Nick meets Reena – an uptight young South Asian woman. They witness a murder disguised as a workplace accident and are now in the mix with the textile mafia as their feelings for each other grow in step with the threat of being assassinated.
Trailer:
https://www.youtube.com/watch?v=K-XPKxWjt8Y