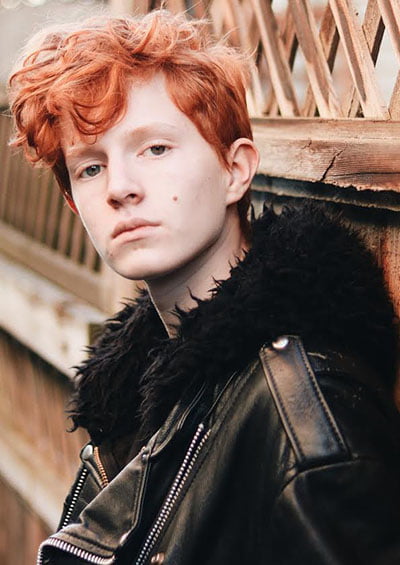 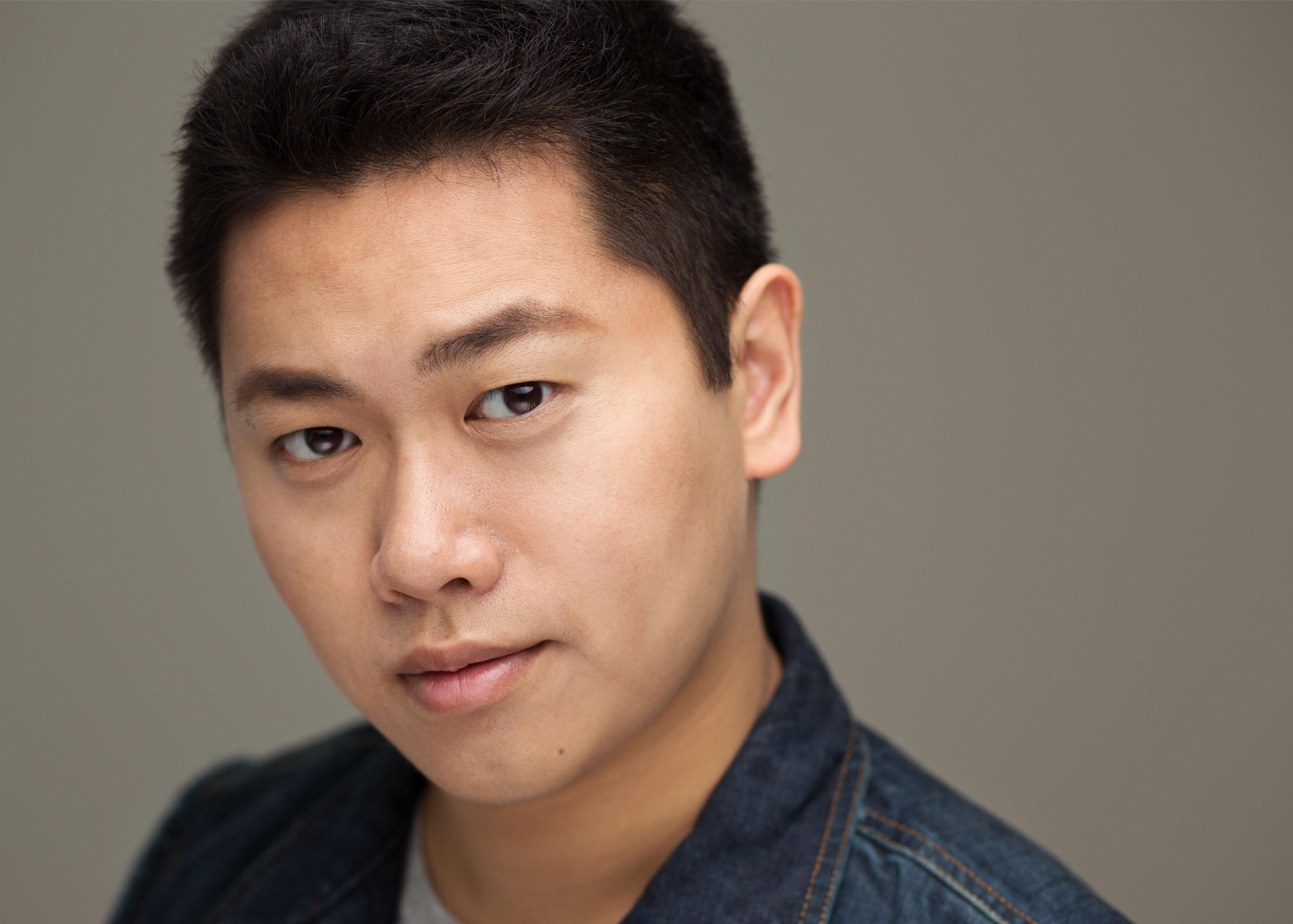 Filming for this project started in China earlier this summer.

The professional wrestler turned actor has 3 blockbuster movies releasing this year: The Fast of the Furious (#8 in the franchise), Baywatch and Jumanji: Welcome to the Jungle. He also stars on HBO’s Ballers which premieres its third season on July 23rd.
He produced and was featured in the HBO prison boot camp documentary Rock and a Hard Place. And produces projects through his production company Seven Bucks Productions content and for his YouTube channel which is now more of a network featuring other content creators.

Skyscraper is being produced by Beau Flynn’s FlynnPictureCo which has produced other movies starring The Rock: Journey 2: The Mysterious Island, San Andrea’s and this summer’s Baywatch. Johnson’s own Seven Bucks Productions and director Rawson Marshall Thurber are also producing. Thurber, most known for DodgeBall: A True Underdog Story, Easy also wrote the story and is directing. He also wrote and directed last year’s comedy Central Intelligence starring Johnson and Kevin Hart.

Canadian actress Neve Campbell entered most of our homes on the small screen as Julia Salinger in the hit teen family drama Party of Five in the 90’s. She has also dominated the horror film genre with the Scream franchise.

Since then she’s appeared on hit TV shows like Mad Men and House of Cards. Campbell is 43 years old and hails from Guelph, Ontario.

Canadian-American actor Pablo Tell Schreiber is the half-brother of Hollywood A-lister Liev Schreiber who stars in the hit family crime drama series Ray Donovan which is in its fifth season.

Pablo on the other hand is most recently known for his roles in Orange is the New Black and American Gods. He is 39 years old and was born in Ymir, British Columbia.

Singaporean actor Ng Chin Han is known for his role of Lau in The Dark Knight and Togusa in the Hollywood-adaptation of Ghost in the Schell starring Scarlett Johannson. He is 47 years old and was born in Singapore.

Skyscraper will be the third major production in Vancouver for Johnson. He was in town for 2004’s Walking Tall which also starred Johnny Knoxville and Ashley Scott, it filmed in both British Columbia and Washington state. Then there was his 2010 family comedy movie Tooth Fairy with Destiny Whitlock and Ashley Judd.

Universal and Legendary have set the release date for Skyscraper on July 13, 2018. 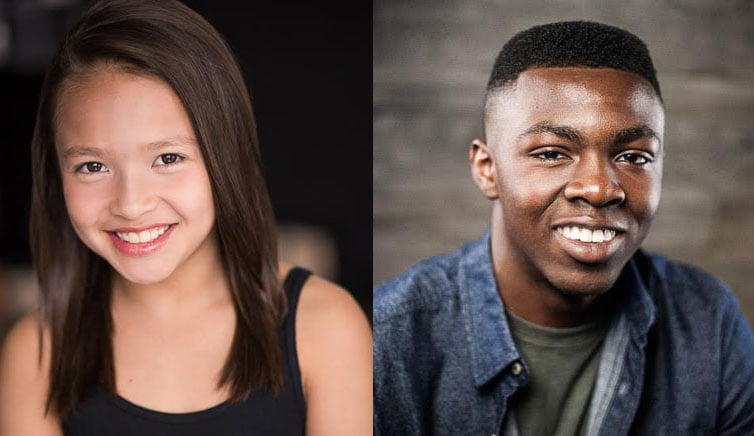 Isabelle Beech books BTS portion of Colour Markers For Crayola in the spot “Nose-Splosion”
as a “Featured OCP” for Worldwide Internet.

Eric Bempong does a background role in “Project Scratch” for eczema medications.

Market: North America to include US and its Territories & Canada 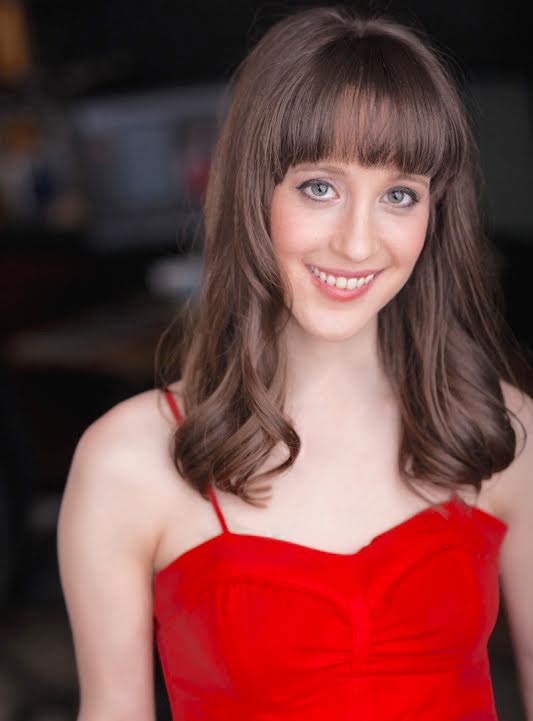 As Storybrooke continues to welcome the new arrivals from the Land of Untold Stories, families, friends and even long-lost enemies are reunited once again. When Ashley (Cinderella) searches for her step-family, intent on settling their unfinished business, Emma, Hook and Henry scramble to help her before it’s too late. Meanwhile, Regina attempts to bribe Mr. Hyde for information about how to defeat the Evil Queen and Snow helps Dr. Jekyll find a suitable laboratory for his work. David makes a deal with Gold and delivers a message to Belle in exchange for new information about his father. In flashback, Cinderella attends a ball and meets her prince. 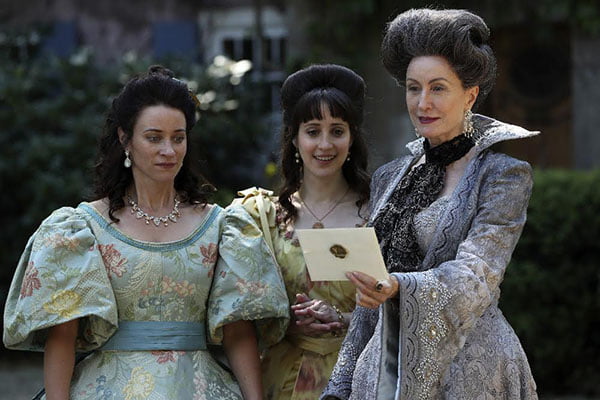 “The Other Shoe” was written by Jane Espenson & Jerome Schwartz and directed by Steve Pearlman. 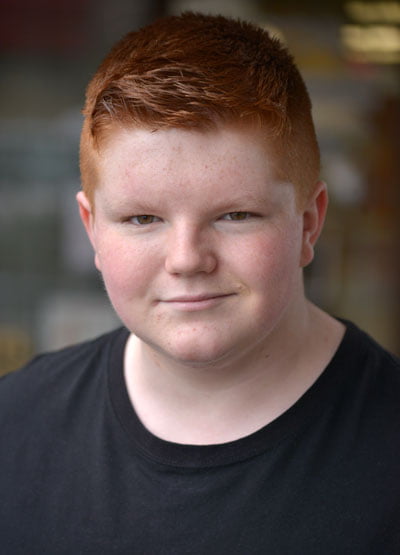 Hallmark films New Movie with Debbie Gibson (“Acting Dead“) and Robert Gant (“Supergirl“) and 6 Stars from ‘When Calls the Heart‘!

Pascale Hutton (Rosemary LeVeaux), Marcus Rosner (Charles Kensington), Ken Tremblett (Patrick O’Reilly), Keenan Tracy (member of the Tolliver Gang), Lane Edwards, and Mitchell Kummen (Gabe Montgomery)… all of ‘When Calls the Heart‘ are starring in the new Hallmark Channel movie ‘Relevant‘ which has since been re-titled ‘Song of Summer‘!

Story:
‘Debbie Taylor  is a former 1980s pop star bent on making a comeback and returning to the Billboard charts. As she prepares to once again take the music industry by storm, Debbie’s record label deems her irrelevant and abruptly drops her. Out of money, she leaves the fast lane of New York to move in with her sister in Youngstown, Ohio. There, Debbie’s life as a diva takes an abrupt turn when she’s asked to substitute for a local high school music teacher. When she reluctantly agrees, Debbie is introduced to a lovable group of teenage MISFITS preparing to perform at their upcoming prom. While unsuccessfully attempting to connect with the students Debbie meets Noah, the school’s quirky, down-to-earth guidance counselor. Eventually, Debbie wins over the students with a new perspective on music, life and love.

If you’ve seen the new ‘Summer Nights‘ commercial on Hallmark, then you may also have noticed Debbie Gibson in the ad, who is the star of this story based on a pop star!

‘SONG OF SUMMER‘  will premiere August 27, 2016 on the Hallmark Channel during “Summer Nights“! It’s official!

Our ‘Summer Nights‘ programming is a great escape into the joy and freedom of the season,” said Michelle Vicary, Executive Vice President, Programming and Publicity, Crown Media Family Networks. “Celebrating all things summer, the line-up of originals offers stories of camp, internships, vacationing in the French countryside and – of course – romance.”

Based on the true story of a straight A college student and her experiences as she gets drawn into the life of adult entertainment. 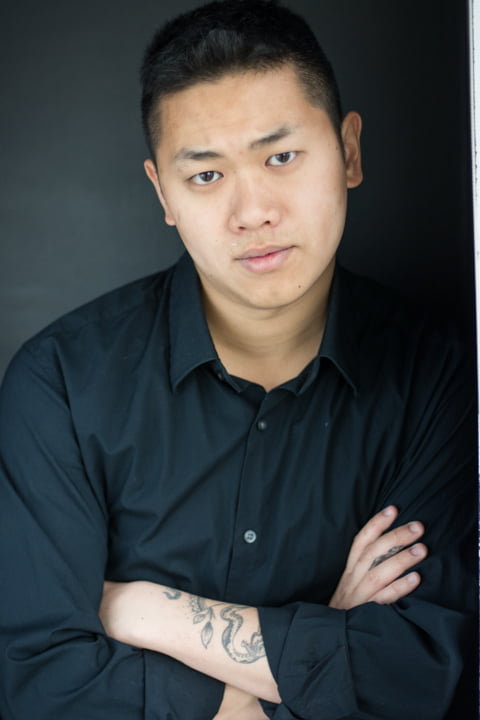 Mike Li books a role in Zoo, which is described as a global thriller about a wave of violent animal attacks against humans sweeping the planet. As the assaults become more cunning, coordinated and ferocious, the story becomes a race to unlock the mystery of the global pandemic before it’s too late. The drama series is produced by CBS Television Studios and stars James Wolk, Kristen Connolly, Billy Burke, Nonso Anozie and Nora Arnezeder. 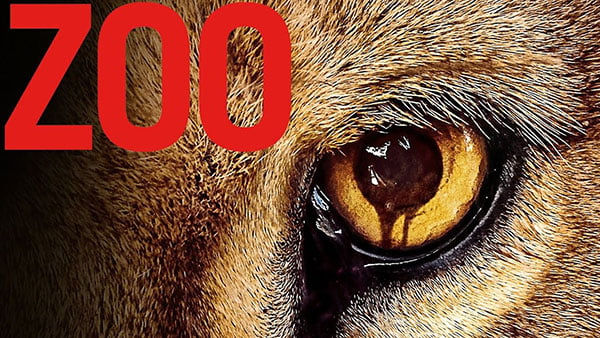 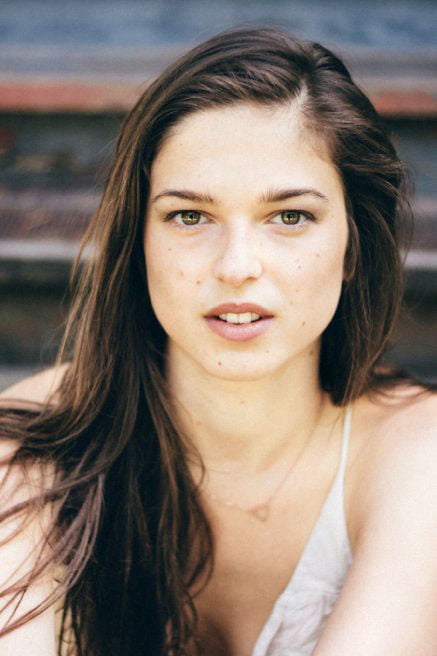 Max Chadburn has finished shooting a role in the film “Status Update“. which started filming in Vancouver on June 13th and will continue until July 15th.

Disney Channel star Ross Lynch who starred in “Austin & Ally” and the “Teen Beach Movie” series, will appear along with Olivia Holt (“I Didn’t Do It”) and Courtney Eaton (“Mad Max: Fury Road”). Scott Speer (“Step Up Revolution”) will direct from a script written by Jason Filardi who is best known for writing 17 Again, a movie with Zac Efron.

Status Update is a comedy set in a Northeastern US high school and centers around the main character, Kyle Moore (Ross Lynch). Kyle discovers something amazing; a social media app that has the ability to turn anything he posts into reality. Imagine what you could do with that kind of power as a teenager. 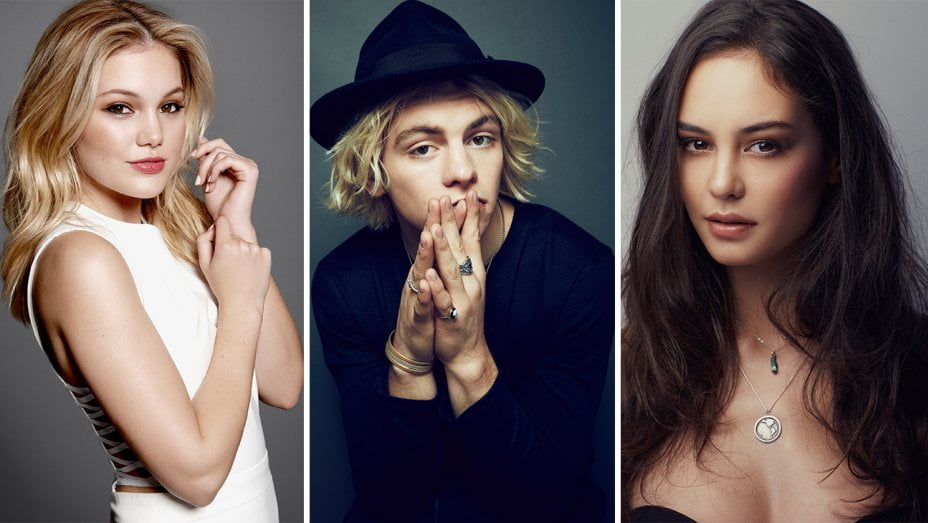 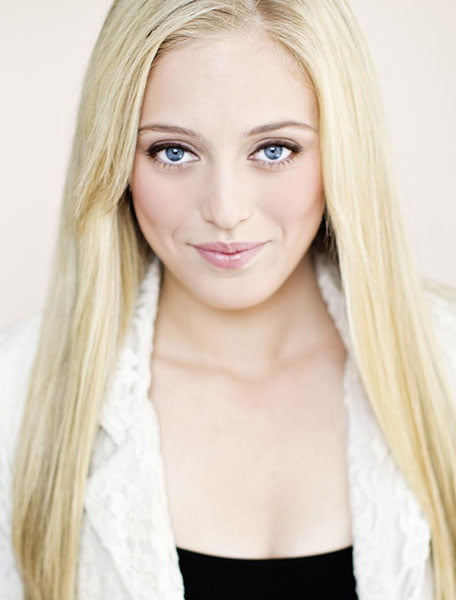 Kylee Dawson books a role in the MOW Justice Unleashed.

Storyline: Annalise O’Neil, a newly appointed family court judge sees a picture of her estranged teenaged daughter, homeless and curled up against a heating vent in frigid temperatures. Before Annalise can find and reconnect with the teen, the girl’s been lured into human trafficking. It’s up to Annalise to rescue her daughter before it’s too late. 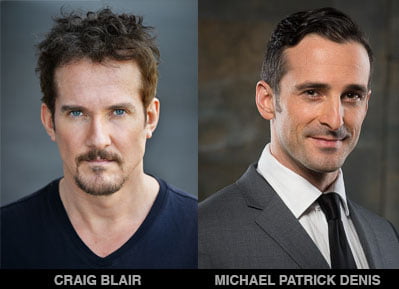 Back in 2010 – a year after Prison Break originally wrapped – series lead Wentworth Miller implied that the show was unlikely to return:

“I feel as though we told the story we intended to tell. That’s something that’s very rare in television – that you’re allowed closure – and we were.”

In the series finale The Final Break, Miller’s character architect Michael Scofield was left as dead and buried.

Five years on and Miller was re-teamed with his former co-star and screen sibling Dominic Purcell on The Flash – Purcell was Heatwave, and Miller was Captain Cold on the superhero series, and their reunion sparked a new interest in Prison Break. 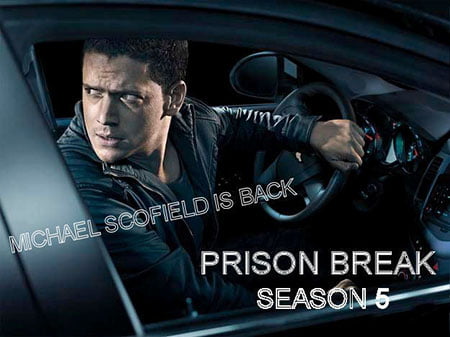 Lead star Wentworth Miller will be reprising his role as Michael Scofield, and the new season will be based on a rescue mission to take imprisoned Scofield out of the jail in Yemen after being held as a prisoner over there for the past years after surviving his death. Tahir as Jamil would be his fellow cellmate with whom Michael is going to have a close connection.

Despite the fact that Michael died at the end of the series, the plot will give a “logical and believable” explanation for how the characters survived and are “still moving around the world”.